Here’s Why Two Billionaires Think Gold Will Go Much Higher 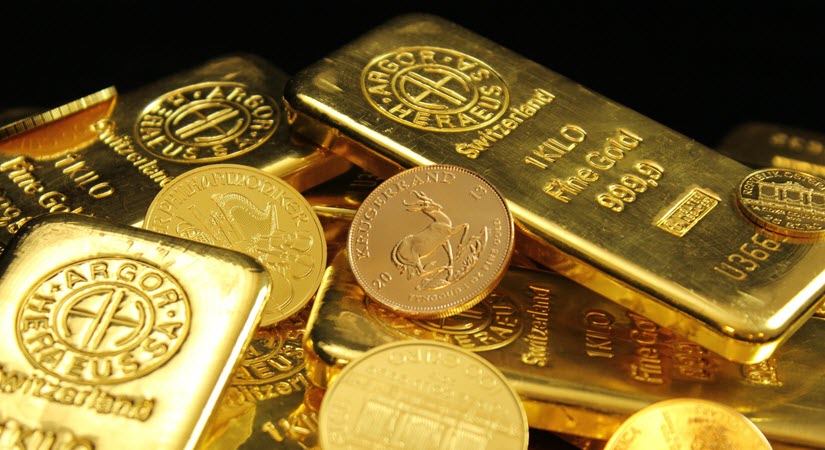 This week, Your News to Know rounds up the latest top stories involving gold and the overall economy. Stories include: Two billionaire investors think you should own gold, Swiss are stocking up on gold, and woman arrested for selling $18,000 in fake gold bars.

As gold moves around the $1,800 level, billionaire investors John Paulson and Mark Mobius talked about what it would take for gold to set off another round of fireworks.

Paulson, president and portfolio manager of Paulson & Co, is bullish on gold and sees several possible reasons for a sharp rise in price. He spoke to Bloomberg about his expectations of an inflationary stretch similar to that of the 70s, when gold had one of its best performances ever.

Wealth erosion is going to become a primary concern, with cash in its center. Paulson said that people will want to move away from cash in order to store value, and that gold will be the natural choice of harbor. Partly because of this and partly because of the gold market’s relatively small size, Paulson thinks gold could go much higher than many optimistic predictions list. Here are some excerpts from the interview:

Q: Do you think that gold is a good investment at this price?

Paulson: Yeah, we do. We believe that gold does very well in times of inflation. The last time gold went parabolic was in the 1970s, when we had two years of double-digit inflation.

The reason why gold goes parabolic is that basically there’s a very limited amount of investable gold. It’s on the order of several trillion dollars, while the total amount of financial assets is closer to $200 trillion. So as inflation picks up, people try and get out of fixed income. They try and get out of cash. And the logical place to go is gold. But because the amount of money trying to move out of cash and fixed income dwarfs the amount of investable gold, the supply and demand imbalance causes gold to rise.

Q: So you’re a big believer in gold as a good investment now?

Also speaking to Bloomberg, Mobius advised everyone to hold 10% of their savings in physical gold. He is also concerned about the erosion of paper money’s purchasing power, at the hands of endless currency-printing and quantitative easing. But there’s still a little time to act, Mobius said:

Currency devaluation globally is going to be quite significant next year given the incredible amount of money supply that has been printed.

Why physical gold? Isn’t it more convenient to open up the Robinhood app on your smartphone and buy a dozen shares of the paper-gold fund GLD?

Mobius thinks its smarter for the prudent investor to have control over their own wealth, stashing gold “in their mattresses,” as the saying goes. Specifically, Mobius said:

It is going to be very, very good to have physical gold that you can access immediately without the danger of the government confiscating all the gold.

While this may sound far-fetched, Mobius isn’t just speaking to Americans. His words are intended for a global audience, especially those whose nations don’t enjoy the same respect for the rule of law or of property rights as America does.

On the other hand, the U.S. did outlaw private gold ownership in 1933, and force citizens to sell at well-below market rates. Perhaps it’s wise to diversify custody as well, holding a portion of your physical precious metals in a secure vault and another portion within your direct, physical control?

Speaking of which, the Swiss may have been listening to Paulson and Mobius…

Why Switzerland’s residents are stocking up on gold

Last year was quite a hectic one for Switzerland and its gold. As the world economy crawled to a halt, one of the largest gold processing hubs in the world shut down its operations temporarily, causing supply disruptions and anxiety among both domestic and foreign buyers. Removed from those circumstances but not the crisis that caused them, Eurasia Review‘s Claudio Grass gives us a snapshot of today’s Switzerland.

Grass acknowledges that the Swiss enjoy a good deal of privilege, not the least of which is a government that is kept in check by the public. This kind of environment brings about free and open discourse and has, in turn, made the Swiss less than keen on trusting what the government says or believing it has their best interests in mind.

This has translated to a considerable surge in physical gold demand. More interestingly, recent purchases are coming in smaller amounts and from both individual and private accounts. The average citizen is buying gold, either to plan for the future or to prepare for it.

The Swiss government, like any other, has issued numerous promises over the last two years. It seems, however, that the average person in Switzerland isn’t buying them. Whether it pertains to draconian government measures or a weakening economy, the Swiss are less likely to take an official’s word for granted than people elsewhere, even in the West.

After independently assessing the current global situation, countless Swiss are coming to the conclusion that gold investment is one of the best decisions they can make to ensure their hard-earned prosperity.

At least Switzerland (unlike most nations) enjoys a wide variety of globally-respected gold refiners to choose from: Argor-Heraeus, Valcambi, Produits Artistiques Métaux Précieux (PAMP) and Metalor. They’re a lot less likely to get duped by fake gold…

According to a report from the Eugene Police Department, a woman is being charged with multiple cases of selling counterfeit gold bars. The first crime occurred last year, when the 37-year-old Amanda Laine Bryant sold $18,000 in alleged gold bullion to a Eugene, OR resident.

A trip to the neighborhood jewelry store quickly revealed that the bars were ordinary gold-colored metal with close to no value. By the time Bryant had again reached out to the victim with offers to sell more gold, sending numerous messages between June and August, the police had already opened an investigation. After a sting that involved the police agreeing to meet with Bryant while posing as the previous buyer, the woman was apprehended following a brief chase.

In times of great demand, counterfeit gold cases like this one occur. It’s relatively easy to electroplate tungsten (which has almost exactly the same density as pure gold) in a garage, with $100 in equipment and supplies. These quick-and-cheap frauds look, feel and even sound correct. That’s more than enough to convince a non-specialist.

If you’re looking to buy physical gold bullion or coins, make absolutely sure you’re dealing with a reputable retailer with an established history, positive reviews and an established brand. This is not a situation where a great offer on Craigslist is likely to end well.