U.S. Officials Have a Bizarre, Confusing Strategy to Fight Inflation 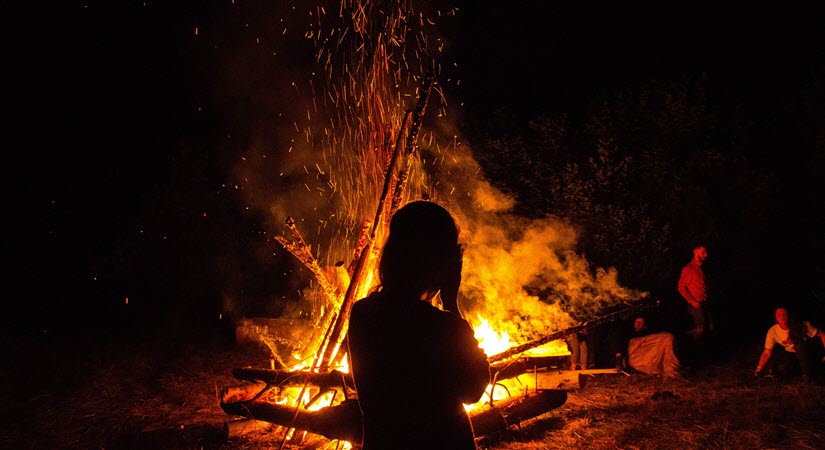 Like the flaming oil wells during the first Iraq War, Biden’s inflation fires blaze on. As of March 2022, inflation had risen by 8.5% compared to the same time last year.

Making matters worse, U.S. economic growth slowed 1.4% according to the most recent official report. Even the bulliest-of-bulls in the mainstream media, CNBC, couldn’t put a positive spin on this…

U.S. GDP fell at a 1.4% pace to start the year as pandemic recovery takes a hit

The strength of the dollar, hand-in-hand with our buying power, is plummeting due to inflation (blue line on graph below). Meanwhile the “monetary supply,” or number of dollars in circulation, continues to grow at an incredible pace (red line):

What’s going on? It may be obvious to you, but somehow the point isn’t quite getting through to the Biden regime, that more dollars doesn’t mean more wealth.

So they’re still trying to solve an inflation problem by pouring more fuel onto the fire. It just doesn’t make sense!

And it doesn’t end there. Every day, we’re seeing more examples of how our government seems increasingly willing to “shoot the hostage,” trying to drown the inflation firestorm in gasoline. Their efforts to make what they first considered a merely “transitory” problem much, much worse…

Are these people trying to make bad inflation worse?

You might think that U.S. officials would examine government spending with more skepticism in a severely stagflationary economy. Maybe consider something as drastic as ending deficit spending.

Unfortunately, it doesn’t look like that’s on the table at all. In fact, quite the opposite.

Under Biden’s leadership, government is “stepping on the gas” and boosting deficit spending despite the fact it’s already proven to be counterproductive.

Here are just three of the most glaring examples.

#1 Billing “big oil” to ease the pain at the pump

This is a bill to reduce gas prices and hold Big Oil accountable. As Russia’s invasion of Ukraine sends gas prices soaring, fossil fuel companies are raking in record profits. These companies have made billions and used the profits to enrich their own shareholders while average Americans are hurting at the pump.  I’m glad to introduce this legislation with Senator Whitehouse that will provide an incentive to cap gas prices and put money back in the pockets of consumers.”

Much like Obamacare failings and forced business shutdowns in March 2020, capping gas prices might help in the short term. The bill would give America’s energy providers a choice:

There’s only one small problem: both choices actually disincentivize big oil. During times when companies “are raking in record profits” is also when they’re employing the most people, aggressively expanding their businesses and paying off debt. Sacrificing profits curbs business growth, employee pay and innovation.

Or they could just pay the “gas stimulus” fee directly – in which case, they’d effectively be penalized for running their businesses effectively. (Where in the economic textbook does it say that raising producer costs lowers prices?)

While inflation is rising, adding another round of large-scale government money-printing and spending doesn’t make things better. In fact, it’s much more likely to make things worse. Dr. Jaime Peters, assistant dean and assistant professor of finance at Maryville University explains that for some lawmakers, “inflation-related stimulus payments will simply feed the beast,” putting even more money into the market where the supply of goods already can’t meet demand.

While officials can claim that inflation won’t get worse this time because this round of spending is more “targeted” than the last $5 trillion, does that sound plausible to you?

After all, for months throughout 2021 Federal Reserve Chairman Jerome Powell claimed that inflation would only be transitory and blamed it on “supply chain blips,” remember? Despite his claims, inflation has burned not just hotter but higher as well. Printing more dollars for new “stimulus spending” won’t put out the fire.

When Russia invaded Ukraine back in February, both the U.S. and EU competed to see who could punish Putin’s nation with the most comprehensive economic sanctions. Seems like nobody bothered to check and see what Russia was doing for the rest of the world. Turns out, Russia is a leading exporter of not just oil, but food and fertilizer – which certainly explains why prices at the grocery store are so eye-popping.

So what should we do about it? Don’t worry, because Janet Yellen, the Secretary of the Treasury, the person in charge of the U.S. government’s bank account, has a plan!

In a recent statement addressing Russia sanctions, and their impact on the U.S. economy, Yellen proposed the government would provide “free fertilizer” for small farms. In her mind, that would help them produce more wheat.

Neither the Fed nor the Treasury department grows food or makes fertilizer.

The harsh reality that Yellen did not disclose is that giving away free food and fertilizer to prevent starvation in Africa will raise prices everywhere else. Sanctions on Russian energy raises the cost of producing fertilizer.

In other words, “free fertilizer” isn’t free. Someone has to pay for it. And when that someone is “your government,” who’s on the hook for the bill? The American taxpayer.

“Is more ‘free money’ really the solution to anything? By the way, the Biden administration wants to blend in more ethanol (from corn) to ease gas prices. Does that make any sense?”

Can the government spend America into prosperity?

Prices are rising because of all the free money printed and handed out by politicians. So what’s the solution? Print and spend more.

It’s so absolutely baffling that it would be laughable, if it weren’t true.

…in Japan, the government is about to spend billions to “ease inflation pain” that is the result of… spending billions.

According to the Nikkei, Japan plans to spend 6.2 trillion yen ($48.2 billion) on – get this – gasoline subsidies, low-interest loans and cash assistance “to alleviate the pain of consumers and small businesses facing rising prices”, which were caused by, well, massive government spending.

They just don’t get it.

So that’s three of the greatest ideas U.S. officials are discussing to fix the growing economic crisis caused by massive spending… by increasing spending.

You can’t douse a bonfire with gasoline, no matter how much your dump into the flames. But that won’t stop the government from trying! In the meantime, the rest of us should take steps to ensure you don’t get burned…

There’s something else the Fed can’t print

Inflation is likely to stick around for a lot longer than even the most pessimistic think. An economic downturn at best (a stagflationary lost decade at worst) is also inevitable. The good news is, it hasn’t happened yet. You still have time to protect yourself and your loved ones from the incoming disaster.

Already have your inflation-resistant investments in place? That’s great!

Now is the time to evaluate your plan against the current conditions to make certain you’re protected when bad goes to worse. Making your finances more resilient can provide you peace of mind when you need it most.

Remember, there are some things the Fed can’t print… Some things that tend to retain their purchasing power, even when the inflationary bonfire burns hottest. Take a few minutes to learn how physical gold and silver can help shelter your financial future.

Remember, the best time to buy protection is before you need it. By acting early, you’re getting in ahead of all the other people who decided to “wait and see” and wind up paying much higher prices during the stampede for the exits…