3 news stories on the economy and gold 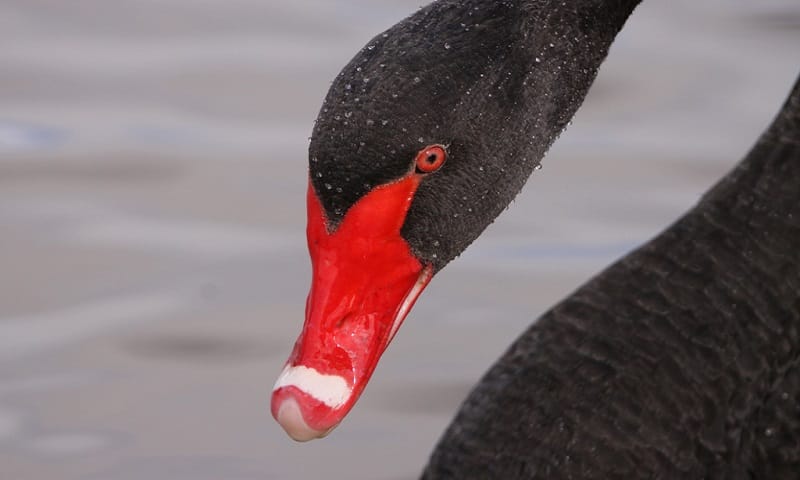 Every week, Your News to Know brings you the latest news and critical reads regarding the economy and the gold market. Stories this week include: “Black Swan” events in 2015 are adding to gold’s status as a coveted safe haven, Mario Draghi’s stimulus causes gold prices to further increase and Michael Pento believes free markets are a thing of the past.

While 2015 just started, we are already seeing a large number of events referred to as “Black Swans”, writes Lawrence Williams. This term mostly used in the context of economy and one that refers to a completely unpredictable event that often has major consequences on the status quo. This January alone, we bore witness to the unexpected de-pegging of the Swiss franc from the euro as well as a turn of events that will likely lead to more conflict in Eastern Ukraine. Among others, there is also the strengthening of the extremist Boko Haram movement in West Africa, which could affect gold production in nearby areas.

Williams notes that these events, as well as potentially destabilizing future events that some are predicting, are rapidly causing more and more investors to turn to gold as a safe haven. If the global demand for gold continues increasing in the face of unstable currencies, the price of the precious metal is expected to move past the $1,300 per ounce that it has seemingly struggled to reach in months. “As other geopolitical and economic factors come into play, there could be a huge boost – and that’s just from events which might be seen as predictable,” Williams theorizes.

Among the biggest upcoming events that could significantly threaten economic stability would be Greece’s possible exit from the Eurozone. Now that anti-austerity party Syriza has won last weekend’s elections, it’s very likely that they would ignore Greece’s debt commitment while also disregarding the austerity measures imposed on the country. This would lead to Greece exiting the Eurozone – thus triggering so-called “fiscal ebola” – which would in turn lead to severe negative ramifications for the euro and many European banks, potentially threatening to cause a widespread global meltdown.

As Mario Draghi, chief of the European Central Bank, announced details of the Quantitative Easing money printing program, gold and silver experienced yet another increase in price. The stimulus will be of even greater magnitude than previously thought, which has caused the euro to reach an 11-year low against the dollar. In contrast, gold reached a five-month high, with silver also increasing in value.

As of late, gold and silver have remained some of the few commodities to experience gains on a monthly basis, especially as most others plunge. “Silver is tied to gold, and they move with trust,” said David Rosenberg, the chief economist at Gluskin Sheff & Associates, a wealth management firm operating out of Toronto. “There’s an increasing number of global investors who are starting to lose trust in the world’s central banks.”

Silver is experiencing an even greater increase as it’s up by 15 percent, reaching the highest point since July, with some believing it could go up to 20 percent higher than November’s low. In spite of this, the price of gold is still around 71 times higher than that of silver, significantly above the average of 58 times over the last decade. Silver’s standing is supported by an increased demand in the physical market, with China importing more silver in December than it has since February.

In a recent interview with Greg Hunter, money manager Michael Pento expressed his belief that free markets have been “obliterated” and gold is steadily becoming the only value investors trust. “We live in a world now where free markets have been completely obliterated,” Pento states. “You can’t find a free market left on the planet, and that goes for commodities, equity markets, currencies and particularly goes for the bond markets.”

In the interview, Pento points to the recent de-pegging of the franc from the euro as an example of why it’s becoming increasingly difficult to place faith in currencies and central banks. He agrees with many experts who feel that there was a direct correlation between the “pegxit” and the earlier announcement of the European Central Bank’s (ECB) money printing program. “They did not want to suffer what was going to occur with the ECB’s decision for massive QE.”

Unsurprisingly, Pento believes that all this turmoil and uncertainty is causing people to turn to gold as one of the few safe investment options, thus increasing its price. “Gold is going up in all currencies because investors are coming to this realization, or epiphany, that you cannot trust central banks,” he points out. “As that realization unfolds, people will be flocking back into hard money, and that means gold.”

Get even more on the latest in the gold and silver markets from our website devoted to precious metals news.