Here’s Why This “New Normal” Is Great News for Gold 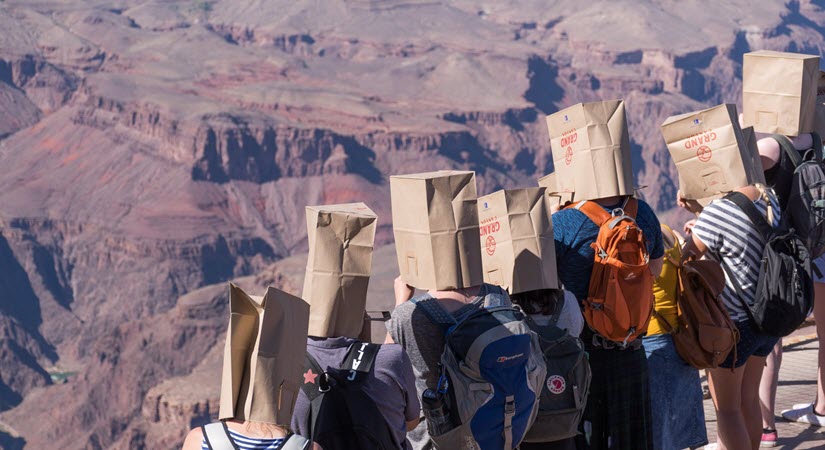 This week, Your News to Know rounds up the latest top stories involving gold and the overall economy. Stories include: The number of black swan events since mid-2019 is astounding, how Russia is re-re-defining central bank de-dollarization with gold, and an overview of why the remaining three precious metals are attractive right now.

“We’ve seen an unprecedented number of black swan events, and more are to come”

Nassim Nicholas Taleb’s black swan theory is a metaphor to describe an unexpected event or “outlier” that not only comes as a major surprise, but has a huge impact, quite possibly changing the world permanently. In a recent interview, Goehring & Rozencwajg Associates managing partner Leigh Goehring noted that black swan events have almost become business-as-usual since mid-2019. This kind of event seismic economic event tends to greatly boost safe-haven investment in gold.

These days, investors are constantly waiting for the next financial or geopolitical calamity, with some new sources of disruptive events added to the mix. Some might find it curious that Goehring points to mid-2019 as the starting point of the flock of black swans. That’s when gold’s current bull market began. Central banks around the world sliced interest rates to just above or below zero. The U.S. Treasury became nearly the only first-world sovereign bond yielding an above-zero return, forced money managers to redefine portfolio theory and of course drove massive flows into safe haven investments.

We now find ourselves on the opposite end, with the Federal Reserve planning to raise interest rates seven times this year. Analysts are near-unanimous in their verdict that this is a bad idea, and Goehring unsurprisingly lists finance as one of the three riskiest market sectors, along with agriculture and oil.

When the Fed starts to raise rates, it could unearth some problem in the financial system. For example, some huge bank with massive derivative exposure gets stressed by higher rates that no one thought about. And it creates a huge financial problem. I’ve always been a big believer that the problem with raising rates in a highly leveraged economy is going to be all sorts of unbeknownst events that could occur.

He said that the Fed could find itself in a 2018-type scenario where it is forced to reverse its money-tightening trajectory, stressing markets and benefitting gold.

Regarding agriculture, Goehring noted that the world has been on the cusp of a food crisis expedited when Ukraine, a primary supplier of crops, was invaded. It’s no surprise that the Food and Agriculture Organization reported a global food price index at an all-time high recently.

Likewise, outside of the U.S. and the Middle East, virtually all oil producers are underperforming. This could create a massive and sudden supply crunch in the near future. Increased demand can create an incentive to increase supply, but as Goehring points out, “you drill it up very rapidly, you then suffer from depletion.” The faster you tap a non-renewable resource, the faster it runs out. A transition toward renewable energy is feasible, over the course of decades rather than months or years.

In the meantime, energy prices will continue to climb.

Commodities are one area of finance where investors will be able to find shelter, said Goehring, saying that their huge outperformance will continue through 2030 after a decade of undervaluation.

“Oversold commodity sector and support from the demand-supply backdrop will see new capital find a home here. We will be shocked as new money flows into commodities and what it will do to them,” he explained. “When this cycle is done (2028-32) – two things would have happened, someone will try to corner the silver market again, and the Dow Jones and price of gold will cross again.”

We’ve recently spoken about Russia’s reliance on its gold reserves as well as what could be a general desire by other central banks to swap U.S. dollars for bullion. We’ve certainly seen the makings of the trend since 2010, with net buying accelerating and more and more nations stockpiling tons of gold. While the U.S. has recently clarified that purchasing gold from Russia would be in violation of sanctions, Gold Newsletter editor Brien Lundin noted that gold is an untraceable store of value.

As expected, Russia will have little issue liquidating either small or large quantities of its massive gold hoard despite sanctions. Nicky Shiels, head of metals strategy at MKS PAMP Group, released two reports that outline how these gold moves and the sanctions could impact both global trade and the U.S. dollar’s reserve status.

“Depending on whether the West is successful or not, the more they are used or, the longer sanctions are imposed, the more other countries will try to avoid relying on Western finance,” Shiels explained.

Shiels also pointed to some details surrounding the General Assembly of nations that held a vote regarding Russia’s invasion. While the vote was overwhelmingly in favor of stopping the invasion, 35 countries abstained from voting and five voted against it. These nations own a combined 193 million ounces of gold and they’re all likely to increase their holdings moving forward, whether by purchasing from Russia (presumably at a discount, or at least favorable terms) or buying on the open market. The former would enable Russia to swap gold for spending money; the latter would heighten demand in an already strained market.

While Shiels noted that the U.S. dollar is unlikely to lose its reserve status anytime soon, the analyst remarked that economic superpowers weren’t built in a day. They don’t fail in a day, either, but slowly, piece by piece, over months.

Here are the factors making silver, platinum and palladium precious these days

When we discuss investing in physical precious metals, we tend to emphasize gold. Gold is, historically, the safe haven investment of choice. It’s the universal, trustless store of value. It’s the precious metal that’s found in the vaults of the world’s central banks.

Even so, gold isn’t the only precious metal. In David J. Stevenson’s analysis of why the “other three” precious metals are possibly more attractive than gold, silver unsurprisingly makes the top of the list.

Despite 40-year record-high inflation, silver remains just under half the $50 price of the January 1980 short-squeeze. Inflation-adjusted, today’s silver price is barely above its World War I level.

This is somehow the case when, aside from persistent investment demand, silver has become virtually ubiquitous in electronics manufacturing. As Stevenson notes, nearly all computers and cellphones contain silver, along with TVs, phones, microwaves and many more. It’s also a crucial component in the solar panel industry. Obviously, none of this was true during the 1910s.

The gold/silver price ratio is currently around 78, which is towards the top of its 40-year range. A return to a ratio of 70 – assuming gold stays unchanged – would lift silver by around 10%.

Right up there on the “undervalued-compared-to-gold” list is platinum, which should, Stevenson thinks, be pricier than gold. That’s been case throughout much of history. Platinum’s price drop of 50% from its peak 14 years ago seems to have led to a lack of appreciation (and possibly respect) for platinum as an investment. The World Platinum Investment Council (WPIC) notes that all of the platinum ever produced would only fill the ankle-depth of an Olympic swimming pool. By comparison, all of the gold mined would easily fill three same-sized pools. That gives you an idea of how relatively rare platinum is. And its production is also heavily localized in geopolitically unreliable regions, with nearly 75% coming from South Africa, 7.5% from Zimbabwe and 10% from Russia. At the same time, platinum’s price slump coincides with its soaring use in both the renewable energy and medical industries. Stevenson believes platinum is the most undervalued of the big four precious metals.

Palladium’s price has surged past gold’s some time ago. The reasons are straightforward: it’s a crucial industrial metal and over 40% of production comes from Russia. The metal’s surge since the sanctions should surprise no one. Whether it’s also the start of a lengthy uptrend, well, Stevenson thinks it might be.