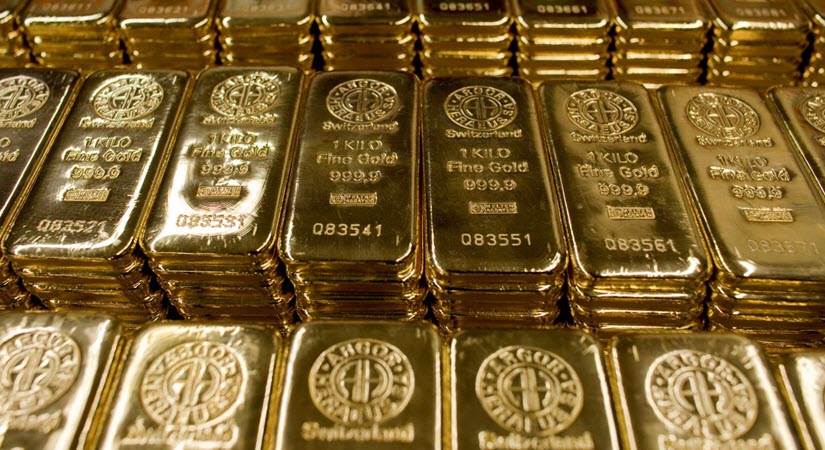 Stacks of gold bars at the Argor-Heraeus plant in Mendrisio, Switzerland. Bangkok Post

This week, Your News to Know rounds up the latest top stories involving gold and the overall economy. Stories include: Bank of America sets a 2021 gold price target of $2,000, why silver could jumpstart the next precious metals bull cycle, and thefts of catalytic converters from cars are on the rise, driven by high prices in platinum and palladium.

Gold to rise again and move past $2,000, Bank of America analysts say

Bank of America’s (BoA) analysts said in a recent report that gold has what it takes to overcome current pressures and stabilize above $2,000 before the year ends. As the team noted, a rise in nominal interest rates, which has temporarily subdued inflation fears, limited gold price gains so far this year.

In addition to increased inflation rates, this report highlights two other significant pressures on gold’s price. The first is directly related to the COVID-19 pandemic. Worldwide, shoppers bought far less gold jewelry. This matters a great deal – in 2019, the jewelry industry accounted for nearly 50% of the global demand for gold. The second source of pressure? Central bank selling. Last year, after a decade of buying, central banks began selling gold bullion amid global panic and high prices. For comparison, 2018 and 2019 were two consecutive record years in terms of gold purchases by central banks, who added a net 650+ tons of gold to their stores annually.

However, BoA analysts remind us the underlying problems that powered gold’s bull run so far persist. BoA’s team singled out excess liquidity amid historic stimulus and the unsustainability of ballooning sovereign debt as key factors that could soon reignite investor concerns over the economic backdrop.

Maintaining their $2,063 average price forecast for the year, the analysts went on to say that gold will most likely post its best performance in the second quarter, listing expectations of a $2,100 price average during the period. They expect both India and China’s consumers, major sources of demand for gold jewelry, to step up their traditional gold purchases as pandemic fears subside.

Wells Fargo: Silver could be the star of the next bull run in precious metals

While the latest social-media driven bid to push silver prices higher through a short squeeze had a negligible impact, Wells Fargo’s head of real asset strategy John LaForge believes silver is still firmly on course to outperform. As LaForge notes, the sudden surge of interest in silver was just one of many reasons to expect higher prices down the line.

Silver didn’t suffer from the squeeze attempt and based on that, LaForge says, with prices holding above $27, investors should start to look at the highly optimistic long-term picture. Among the strong fundamentals, he singled out supply and demand dynamics, noting that silver prices haven’t warranted the opening of new mines for quite some time.

Although LaForge thinks silver will be the top performer (primarily due to growing demand from the photovoltaics or solar industry), he believes all precious metals are in a super bull cycle. He expects the entire sector to do well. In support, he points to rising platinum prices as well as gold’s expected return to higher prices.

More than other metals, LaForge noted that gold stands to be the primary beneficiary of the situation that central banks have created. While the economy may have some breathing room, LaForge said that any recessionary warning signs over the next year or two will force central banks into stimulus and worsen the problem of loose government money. When this happens, investors won’t waste any time rebalancing their portfolios in favor of gold.

LaForge had some input for savers holding precious metals during a super bull cycle:

You have about a 10-year period where it really pays off just to be in this space, you leave them alone, you just own them.

Since 1975, auto manufacturers have installed catalytic converters on vehicles to reduce toxic gas emissions. The catalyst in these converters typically contains a mix of precious metals: most often platinum, along with palladium and rhodium.

Rising precious metals prices have certainly increased the costs of creating new catalytic converters. But what about all those tons of platinum on the roads today?

Rising platinum prices create incentives for thieves to get their hands on some quick money – and sparked a nationwide surge of catalytic converter thefts. Both The Wall Street Journal and The New York Times have reported on this phenomenon. Reports from Minneapolis, Phoenix, Charlotte, the Bay Area and especially Denver abound.

The Denver Channel spoke to two car owners, one a Ford F-150 driver and the other a Toyota Prius one, who found themselves starting their vehicles only to find a conspicuously loud sound coming from the engine. The owners immediately knew what the issue was, as they had already been made aware of a soaring converter theft rate.

Indeed, the number of stolen catalytic converters has not only risen exponentially, but the growth rate appears to indicate that 2021 could set a dismal record. Last year, car owners in Denver reported a total of 257 catalytic converter thefts, a massive jump from 2019’s 15 reports. This January alone, thieves have made away with as many as 108 converters in the area, which puts Denver on track for a near-fivefold increase.

Opportunity, of course, makes the thief ‑ and these thefts are not difficult to perform. As the converters aren’t installed inside the vehicle , thieves only need a hacksaw and five minutes to steal the catalytic converter and sell it for hundreds of dollars on the secondary market. It’s possible these crimes are becoming more organized, as well…

Commander Mike Greenwell, head of the Metropolitan Auto Theft Task Force, said a targeted theft resulted in 14 converts being stolen from the Innovage corporate vehicle fleet within an hour, amounting to roughly $20,000 in damages. Greenwell called for more stringent regulation regarding property crimes, warning that crimes of this nature are only expected to intensify in the absence of greater accountability.