Home » Blog » Boeing Layoffs Could Be Harbinger of Dark Days Ahead

Boeing Layoffs Could Be Harbinger of Dark Days Ahead 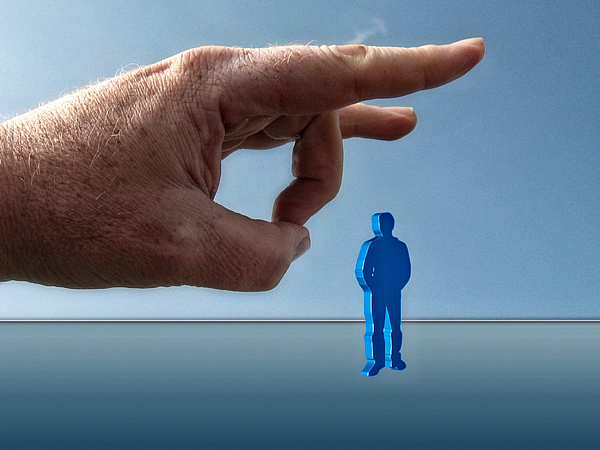 Due to fears of COVID-19 and the lengthy stay-at-home orders, the commercial airline industry has taken a major hit. Airlines have started asking for bailouts, similar to what big financial companies did in 2008.

Back in April, U.S. News reported on some of the carnage at the airlines:

The number of Americans getting on airplanes has sunk to a level not seen in more than 60 years as people shelter in their homes to avoid catching or spreading the new coronavirus. The Transportation Security Administration screened 94,931 people on Wednesday, a drop of 96% from a year ago and the second straight day under 100,000.

If that weren’t bad enough, now aerospace giant Boeing is feeling the sting due to the lack of commercial travel, and discussion about the potential restructuring of their entire operation appears to have begun.

An article on Newsmax outlined some details, including the reduction in Boeing’s workforce so far, most of which happened in Washington State:

Boeing Co. said on Wednesday it was eliminating more than 12,000 U.S. jobs, including 6,770 involuntary layoffs, as the largest American planemaker restructures in the face of the coronavirus pandemic.

The same article hinted at several thousand more layoffs to come. After explaining why the layoffs were necessary in a company-wide email, Chief Executive Dave Calhoun added, “I wish there were another way.”

A piece on Barron’s detailed the financial damage at Boeing, and hinted that the lack of interest in commercial air travel may be affecting many companies:

The financial damage is easier to see in year-to-date numbers. Boeing stock is down about 60% so far in 2020. Aerospace supplier stocks that Barron’s tracks are down about 45%. Investors believe the industry will go through a prolonged period of reduced demand, which means fewer jets are needed to fly around the country and the globe.

The chart below summarizes the stock performance of four aerospace industry leaders, including Boeing. You can see clearly that things aren’t going very well: 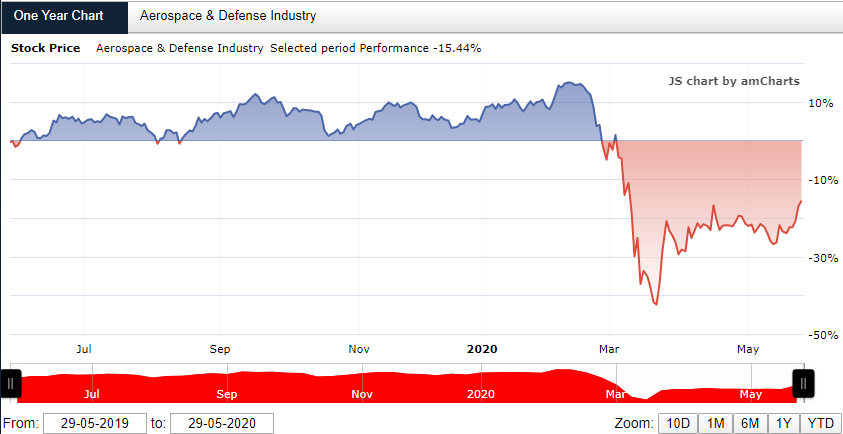 Boeing’s economic performance alone casts a dark shadow on the U.S. economy, but if the aerospace industry as a whole isn’t doing well, big trouble may be brewing.

If people aren’t traveling for business or pleasure, it’s not just airlines that are suffering. It’s car rental companies, hotels, tourist attractions, restaurants, and even families who rent out their homes on VRBO and Airbnb.

As these economic realities cascade downstream, it’s clear the impending crisis could be bigger than anybody thinks.

Boeing Isn’t the Only Company Laying Off Thousands

In a developing story, Business Insider has developed a list of larger companies that announced layoffs in response to COVID-19.

The list goes on and on, but the point is clear. The virus and resulting lockdowns in some states are already having a negative effect on the economy.

How this all pans out is still uncertain, but there could be some dark days ahead. The “bottom” won’t be reached for months, possibly years.

The best thing to do (while there is still time) is consider ways to stabilize your own “economy” as much as possible.

Build Resilience into Your Savings

To build resilience into your nest egg, it’s important to consider the allocation of your assets. Ideally, your assets should be diversified between different classes, types, and risk levels.

One example of an asset type that’s good for diversification is precious metals, like gold and silver. By diversifying this way, you are providing yourself with a hedge against inflation and protection against uncertainty that often plagues retirement plans.

Whatever you choose to do, it’s a good idea to start building your plan’s resilience today — before the next economic winter hits.