Investing Legend Reveals His Plan to Profit from Inflation 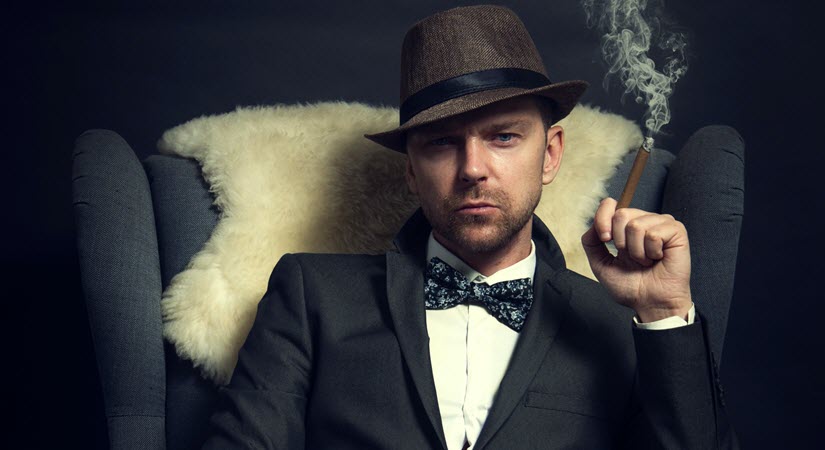 This week, Your News to Know rounds up the latest top stories involving gold and the overall economy. Stories include: Gold’s stability despite the current economic uncertainties, changes in precious metals benchmarks, and an overview of silver trends in 2021.

Gold has been conspicuously stable in an environment of red flags, says expert

DoubleLine CEO Jeffrey Gundlach, who is perhaps best known as the “Bond King” for his legendary forays into the bond market, recently spoke about the current state of the markets and a preview of the new year. Gundlach’s primary forecast for gold is that it’s set to become a long-term hold despite a relatively quiet year.

For starters, Gundlach doesn’t think inflation will drop below 4% in the next 12 months. That’s twice the intended rate, but still a very optimistic call compared to many expectations of double-digit inflation on the horizon. The markets are in for an especially rough treatment, says Gundlach, as the Federal Reserve attempts to embark on a hawkish journey amid a crawling economy propped up largely by monetary stimulus.

“Powell is going to double that pace of taper, which would get us out in March. It’s quite likely that since the stock market and risk assets have been clearly supported for over a decade by balance sheet expansion, it is turning into rough waters,” he explained. “It’s likely that we will see economic problems with just a few rate hikes from the Fed — four rate hikes or so. It’s 1% or 1.5% on the Fed funds rate that breaks the economy.”

Gundlach believes that the second half of the year is when things might start to take a truly unpleasant turn, like a market crash. Gundlach reiterated the point of many analysts that gold and silver have been the only dormant commodities this year, which could change swiftly once the U.S. dollar begins to decline.

Over the next two years, Gundlach says the greenback could post a new record below the low from 2009. A sharp 20% drop in U.S. stocks would trigger more Fed bailouts in the form of quantitative easing, starting a familiar cycle that will worsen an annual inflation rate that Gundlach expects to hit 7% within a few months’ time.

Because of its solid reputation as an inflation-resistant investment, a “new normal” of high inflation would likely drive gold prices to new all-time highs.

Will the new precious metals benchmarks divert attention to bullion?

The Fixed Income, Currencies and Commodities Markets Standards Board (FMSB), a group of large banks, asset managers and other companies, is pitching a new standard for gold and silver benchmarks to the London Bullion Market Association (LBMA). It’s supposed to offer greater clarity and accuracy when it comes to tracking spot gold prices in paper products.

The draft isn’t so much an act of good will as it is likely the result of plenty of drama surrounding the fixing of benchmarks such as LIBOR, which drew regulatory attention. 2016 and 2017 were examples of years where the physical and paper gold markets had huge discrepancies. But in a market where hundreds of millions of dollars are traded daily, even small ones can have a massive impact.

The FMSB summarized the standard as follows:

This Standard is designed to provide some clarity… so as to increase the volume of bids and offers submitted to LBMA (benchmark) Auctions and improve the quality of price discovery resulting from them.

October 29 saw an afternoon gold benchmark of $1,769, $1.95 below the lowest level reached on the spot market that day, giving buyers a bargain and slapping sellers’ pockets. Discrepancies in either direction are known to cause unexpected losses for both buyers and sellers. Further, implementing this new standard would make price manipulation or “spoofing” more difficult.

It’s also unlikely that the timing of this is coincidental, as the Basel agreement has already begun to affect market participants. The difference between paper and physical gold appears to be getting clearer with each passing day. While those involved in the new benchmark insist that there is no great issue in how the paper and physical markets correspond, one wonders if all these suspicious flags will reignite the desire to own actual bullion instead of a derivative.

In discussing the silver trends of 2021, it’s hard to not list suppression as the trendiest word in the market. Silver itself has plenty of buyers, but nobody seems to be buying that the current $22 price honestly represents the market’s supply and demand. From Reddit’s silver crusaders to die-hard bullion holders to industry experts, complaints about price manipulation are growing louder and louder.

“If you see silver above US$30 for a couple of days — say you see silver above US$30 on a Thursday and it goes up to US$31 or US$32 on Friday, and on Monday it’s still in the US$30s. I would imagine at that point it may as well be US$50,” said Arcadia Economics founder Chris Marcus about the kind of breakout that he is expecting to happen. “Once (silver) goes through that break point, you’ll know it when you see it, and I don’t think it’s going to take that much longer for that to occur.”

The gold-to-silver ratio reached a historic 80.19 in September, despite countless drivers and bullish signals in the market. The green energy sector continues to expand, with all forecasts agreeing that it must push silver prices much higher.

That the metal suffers from pullbacks on the industrial side isn’t as much blow to it as it would be to other commodities. The Silver Institute notes that U.S. coin and bar demand is scheduled to pass 100 million ounces for the first time since 2015, in a wave of buying that started with new entrants before prompting existing owners to boost their holdings.

Silver’s supply, on the other hand, has been contracting since February. It’s scheduled to end the year with a deficit of 7 million ounces. This is the first time the silver market has had an annual deficit in six years, and it’s the only precious metal expected to be in deficit this year.

With prices pulling back when virtually every macroeconomic development is a bullish one, it definitely appears that something’s got to give, and to the upside.