Hedge-Fund Manager Advises to Buy Gold Ahead of “Hellacious War” 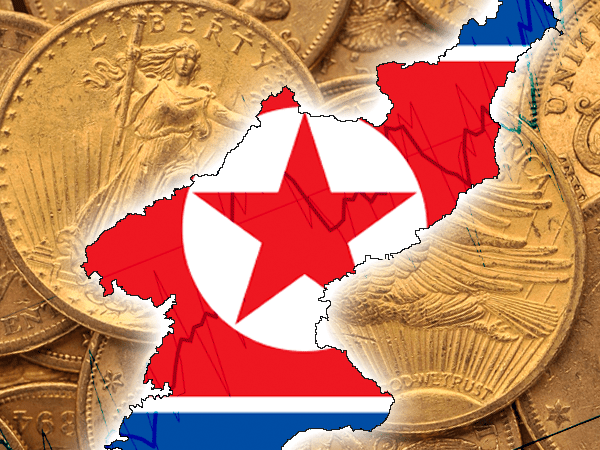 This week, Your News to Know rounds up the top news stories involving gold and the overall economy. Stories include: Ray Dalio says gold is protection against looming “hellacious war”, Donald Trump knows that gold is more than decoration, and gold specks raise hopes for better cancer treatments.

Billionaire hedge-fund manager Ray Dalio recently warned investors that they should be focusing on rising tensions between the U.S. and North Korea above all else. The Bridgewater Associates founder believes markets are failing to price in risks as the situation escalates.

“The emerging risks appear more political than economic, which makes them especially challenging to price in,” explained Dalio.

“Two confrontational, nationalistic, and militaristic leaders playing chicken with each other, while the world is watching to see which one will be caught bluffing, or if there will be a hellacious war.”

The markets’ inability to read the signs could be creating a sleeping bull market in gold, and Dalio advises investors to maintain a 5% to 10% allocation to gold in their portfolio. “We can also say that if the above things go badly, it would seem that gold (more than other safe haven assets like the dollar, yen, and treasuries) would benefit,” he said.

Aside from the risks from North Korea, Dalio also noted that Congress might not be able to increase the debt ceiling and pointed to a potential government shutdown later this year.

Donald Trump loves gold, and not just on his real estate

The Motley Fool’s Scott Levine recently examined what President Trump’s stance on the yellow metal really is. As Levine notes, although Trump is outspoken in regards to nearly everything, his rhetoric on gold has so far been tempered.

The most telling hint seems to be Trump’s wish to return to the gold standard – an unlikely feat that the President has nonetheless called for. However, Levine points to Trump’s opinions on the dollar and other currencies as the most significant tell of his views on the metal.

Gold often rises as the dollar falls, and Trump has made several comments that has led to expected movement in both. A known critic of currency devaluation, Trump said the U.S. lost between 4 million and 7 million jobs due to China’s devaluation of the yuan. He made similar comments in regards to the yen, stating that Japan’s currency devaluation has made their exports too attractive.

Trump rounded this up by stating that the dollar is too strong, which shook the markets and caused gold and the greenback to go in opposite directions. The same happened after unproductive trade talks with China which ended mid-July; since then, the dollar has dropped approximately 1.5% while gold has increased by about 2.3%.

Despite the President’s seemingly-unclear stance on the metal, his downplaying of the dollar – coupled with a $176,000 security deposit he accepted in the form of gold bullion a few years ago – hints that real estate isn’t the only asset class he’s interested in.

While cancer medicine is constantly being improved, the current state of chemotherapy still makes it a dangerous treatment due to its toxicity to the human body.

Yet a report by EurekAlert shows that gold could be the sought-after substance that would allow safe delivery of cancer medicine to affected cells without harming healthy ones in the process.

The key lies in the metal’s ability to accelerate, or catalyse, chemical reactions while being safe for humans. A recent study by the University of Edinburgh showed that gold nanoparticles could be used to accelerate chemical reactions, such as those used to fight cancer, without any side effects. Furthermore, gold nanoparticles showed the ability to activate anti-cancer drugs applied to cancer cells, increasing their effectiveness.

“We have discovered new properties of gold that were previously unknown and our findings suggest that the metal could be used to release drugs inside tumours very safely,” said Dr. Asier Unciti-Broceta from the University of Edinburgh’s CRUK Edinburgh Centre.

While acknowledging that the treatment is not yet ready for use on patients, Unciti-Broceta was optimistic in regards to gold’s role in reducing the negative effects of chemotherapy, with human trials expected to follow soon.