Home » Blog » Buy Gold and Silver While You Still Can, Warns Analyst

Buy Gold and Silver While You Still Can, Warns Analyst 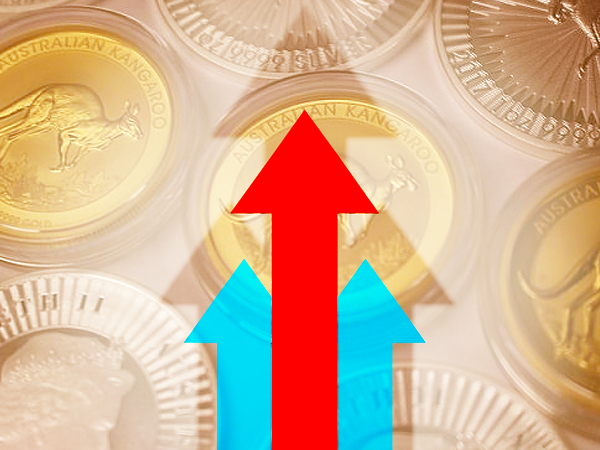 Photo by Flickr.com| CC BY | Photoshopped

This week, Your News to Know rounds up the latest top stories involving gold and the overall economy. Stories include: Jim Rickards says economic freeze is here, precious metals are the biggest buying opportunity of the decade, and the U.S. Mint can’t keep up with demand for physical silver.

Jim Rickards: Get gold and silver now instead of waiting for things to get worse

Speaking to Kitco regarding the ongoing coronavirus pandemic, Jim Rickards shared his views on what Americans can do as the world approaches the point of a crisis. In his books such as “The Road to Ruin” and “Aftermath: Seven Secrets of Wealth Preservation in the Coming Chaos”, Rickards outlines various doomsday scenarios, both financial and otherwise, along with how one can prepare for them.

The economic response to the pandemic reminds Rickards of the “Ice-9” metaphor, as some people are starting to make calls for a stock market shutdown as a form of relief from selling. As Rickards points out, an NYSE shutdown would simply move the quest to liquidity elsewhere, eventually bringing about a total economic freeze as investors get cut off from money markets, brokerage accounts and banks.

As someone who is frequently reached out to for crisis management tips, Rickards said the best advice he can give to people is to buy gold and silver bullion now instead of waiting. This advice doesn’t just relate to a possible price upswing, however, as Rickards noted that these assets might become increasingly difficult to obtain if the market halts. Rickards added that investors should keep at least some of their metals close by to cover for any crisis situation, such as one involving an evacuation.

Regarding claims by some economists that the current crisis could result in deflation, Rickards points out that gold can excel in a broad variety of environments. As an example, the six-year period between 1927 and 1933 was the most deflationary stretch in U.S. history, yet gold prices rose by 75%. Now that the gold price is no longer fixed as it was in 1933, Rickards thinks that gold’s gains amid deflation could be much higher.

As investors worldwide focus on the crisis at hand, FXEmpire’s AG Thorson sees a paradigm shift unfolding, one that will culminate in precious metals becoming the asset class of the decade. Thorson previously pointed out that every decade is marked by a distinct investment theme, and that the end of each theme is easy to spot in hindsight.

The 1990s were helmed by the dot com-driven stock market, followed by the 2000s, where commodities ruled and gold jumped from $255 in 2001 to its all-time high of $1,923 in 2011. Then came another bout of a flourishing stock market, this time wider and fueled primarily by low or negative interest rates. Even before the coronavirus, there was a prevalent consensus that the decade-long bull market in stocks didn’t have a lot more room to run.

Thorson believes that the bullish period in the stock market, which began as the Dow hit a bottom of 6,469 in 2009, ended in March 2020. While it’s difficult to pinpoint exact dates as transitions are happening, Thorson is certain that the stage for precious metals to become the next dominant asset class was set in 2019.

While gold ended Friday just short of $1,520, Thorson doesn’t discount another frenzy-driven pullback that would bring the metal to the $1,400 range, which would represent the last great buying opportunity of the decade. From there, Thorson and FXEmpire see gold climbing higher and higher as the decade progresses, eventually settling between a range of $7,500 and $10,000.

Thorson notes that these are lofty valuations, yet gains of such magnitude are far from uncommon in the precious metals market, with the 2001-2011 stretch being just one example of gold’s price reinventing itself. Thorson adds that the ingredients necessary for such a leap, including a loss of confidence, money printing and eventual speculation, are already in place.

U.S. Mint runs out of Silver Eagle as demand for physical silver intensifies

Although precious metals prices were affected by bouts of panic selling since the start of the month, the drive to obtain bullion during a time of a global crisis has very much been palpable. Now, the U.S. Mint has released data which shows just how keen investors have been to load up on gold and silver during a time of unparalleled uncertainty.

On Thursday, the Mint said that it ran out of stock amid record purchases of the American Silver Eagle bullion coins, which rose from 650,000 ounces sold in February to 2.32 million ounces with just 12 days into March.

While all physical precious metals have seen fireworks, some analysts have attributed the massive move towards silver to the gold/silver ratio. On the same day, the ratio hit a historic high of 101, meaning that 101 ounces of silver were needed to buy one ounce of gold. Andrew Hecht, creator of the Hecht Commodity Report, said that investors are seeing an exceptional buying opportunity as silver has yet to catch up to gold in any meaningful fashion.