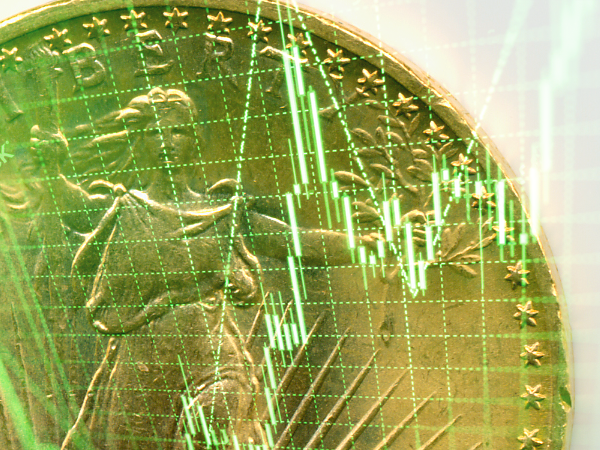 This week, Your News to Know rounds up the top stories involving the gold market and the overall economy. Stories include: The case to buy gold for security’s sake, the Doomsday Clock and gold, and Germany brings home its gold reserves ahead of schedule.

Buy gold and “head for the bunker” as geopolitical tensions rise

It’s no secret that last week was rough for various markets. Between the recent terror attack in Spain and a bloody protest in the U.S., Anders Keitz at The Street notes that investors wasted no time turning away from equities and towards the safety of gold.

Both the Dow and Nasdaq plunged, with the the CBOE Volatility Index reaching 25%. Gold, meanwhile, jumped to $1,305 on Friday – an important level that Stephen Guilfoyle, President of Sarge986, believes could lead to new heights.

“Dependent upon dollar valuations, this is where I believe that if taken and held, we will see an acceleration to the upside for the yellow metal,” said Guilfoyle.

Aside from being a reliable store of value, Keitz notes that gold also outperforms other assets whenever there are geopolitical tensions, which is why Kirkland Lake Gold CEO Tony Makuch says gold prices should be higher given the possibility of nuclear war with North Korea.

Some are also looking at cryptocurrency as a safe-haven investment, but Tom Price, an equity strategist at Morgan Stanley, warned that investing in bitcoin as opposed to gold is counter-intuitive, as only one of those assets is truly independent.

“Over millennia, gold has demonstrated its ability to endure and preserve value under all circumstances,” said Price in a research note. “By contrast, bitcoin’s global platform literally requires the lights to stay on.”

The Doomsday Clock and gold

An article in ValueWalk reminds us that the Doomsday Clock, created in 1947 to outline the risk of man-made global catastrophe, hasn’t been this close to midnight since 1953, after the Soviet Union tested its hydrogen bomb.

Tensions between the U.S. and the fast-nuclearizing North Korea are only one cause for concern. Political uncertainty surrounding the White House, a weak dollar and a string of terrorist attacks have all contributed to a renewed appreciation for safe-haven assets.

The article’s author notes that gold continues to rise above all other assets in times of turmoil, whether one talks an all-out catastrophe or a more subtle downfall. They cite the stock market crash of 2008 and the money printing that followed as recent examples of why gold is the asset to have in times of uncertainty. Since the global financial crisis, gold increased as much as 150%, as more liquidity has been poured into the system; the metal went from $670 an ounce in 2007 to over $1,900 an ounce in 2011.

The author adds that those who are thinking that holding cash offers protection should look at the histories of France, China and Germany (as well as newer ones such as Zimbabwe and Venezuela) as proof that a government can quickly destroy a currency’s value with irresponsible printing. Yet because of its finite supply, gold has always retained its value against fiat currencies.

Germany brings home its gold reserves ahead of schedule

During the Cold War, Germany’s 3,378-ton gold reserve served as a symbol of the nation’s economic prosperity and insulated it as others struggled. Its storage abroad, divided amid cities like New York, London and Paris, ensured the stash would be safe against the Soviet menace, yet it has led Germans to question whether the bullion is still there.

Newsmax reports that Germany decided to take back its gold ahead of schedule in order to quell those doubts, moving 674 tons from Banque de France in Paris and the Federal Reserve Bank of New York into its Bundesbank over five years. The last major relocation happened in 2000, when Germany moved 931 tons of gold from the Bank of England back to its vaults.

As opposed to during the Cold War, when 98% of Germany’s gold was stored abroad, the Bundesbank now holds half of the country’s 140 billion-euro gold stockpile. The remaining 1,236 tons held in New York and 432 tons held in London will remain in their respective vaults indefinitely.