Home » Blog » Is Buyback Trickery Giving Us False Hope in the Market?

Is Buyback Trickery Giving Us False Hope in the Market? 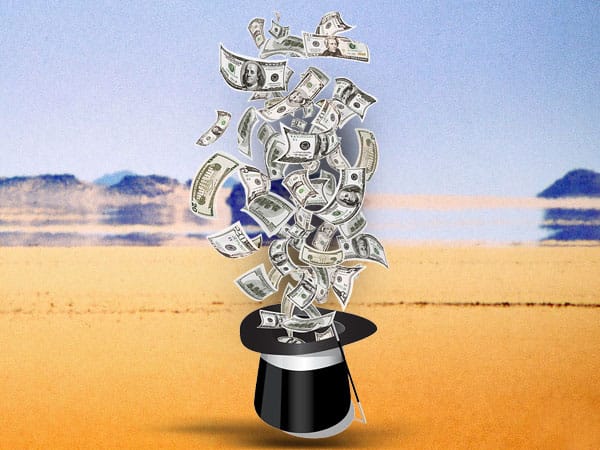 Over the past 5 years, companies have dumped over $2.1 trillion into a popular stock-boosting strategy that does nothing to help their businesses, but instead puts the economy in danger. The short-term payoff for using this strategy is huge, and it could be largely responsible for the market rally that we’ve witnessed over the past few years. But, recent news reveals that corporations could be taking it too far — and we all could pay the consequences.

It’s Amazing This Is Even Legal?

Imagine if there were a way for all companies to bolster the price of their own stock and make themselves look more profitable, regardless of how well they’re actually doing. It would make it impossible to know how safe the market really is, right?

Well, there is a way for companies to do that, and it’s called corporate buybacks. Any company can buy as many of their own shares as they want – assuming there are shares available in the market and the business has enough free cash – which means they can bolster their own stock price no matter how tough things get.

But here’s the problem: companies can only prop up their stock with this tactic for so long. And if there’s no real demand for all those shares when they’re forced to stop buying, it can be catastrophic.

The problem of deceitful buybacks wouldn’t be as troubling if they weren’t so common. But using buybacks to artificially inflate stock prices has become the norm, and they’re becoming more popular by the day.

We’ve talked about share buybacks before. Most folks who track such things believe, like us, that the market’s rally has largely been propelled by companies using their cash and fresh debt to buy shares of their company on the open market.

But here’s the deal: many companies have gone too far. They’ve gotten greedy.

According to the most recent data, buyback spending has eclipsed earnings for a whopping 137 companies in the S&P 500. In other words, shares of their firms are rising, but not because of a grand business breakthrough.

No, no… it’s a grand illusion. Smoke and mirrors.

The trend isn’t isolated to the U.S. market either. European companies are on a hot buyback streak as well. Bloomberg columnist Lionel Laurent writes:

The real question here is, what happens when the buyback gravy train comes to a screeching halt? Eventually, companies will run out of shares to buy or money to buy them with, and when they do, it could pull the rug out from under the whole market.

With the rate of corporate buybacks surging to the highest level in years, it might be wise to start preparing for the worst right now.

One sure-fire way to hedge against a market drop is to secure a healthy chunk of your savings in a real asset that usually thrives during stock market tumbles and permanently holds its tangible value – and gold is an ideal candidate for such a purpose.