Home » Blog » Can You Trust the Fed’s Latest Statement? Here’s How to Read Between the Lines

Can You Trust the Fed’s Latest Statement? Here’s How to Read Between the Lines

Yet again, the Federal Reserve has refused to budge on interest rates. Here’s why we should all be worried. 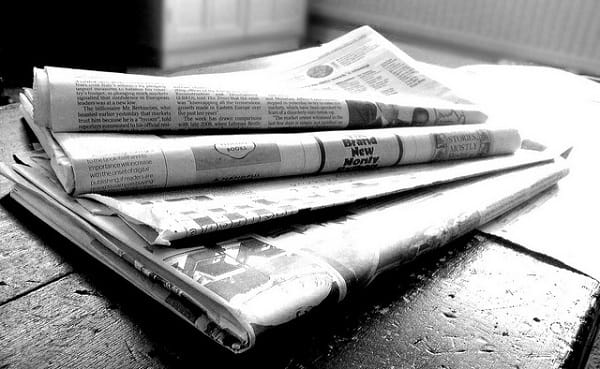 This week, the Federal Reserve issued a statement after its first meeting since Great Britain announced that it would leave the European Union. The results of this two-day meeting between the Fed’s chairwoman Janet Yellen and the rest of its policy-making committee have been long awaited by market watchers, primarily because the Fed was expected to release information regarding the timeline of its next rate hike.

Most analysts believed that the Fed would leave rates unchanged, and that indeed turned out to be the central bank’s course of action. However, that doesn’t mean there weren’t any important clues about the Fed’s next move in the official statement.

The Fed’s approach to interest rates is crucial, because it tips off the market as to the bank’s confidence in the economy as a whole. Going ahead with a rate hike translates to a message that the bank sees strength in the economy; leaving rates unchanged causes investors to question why the Fed might doubt the economy’s health; lowering rates is an immediate red flag indicating the Fed thinks economic activity is low and could use a nudge.

But the Fed’s rationale behind interest rate strategy and the market’s reactions to it are very different things. Raising rates does not necessarily equal good news for the market.

On December 16, 2015,the Fed raised interest rates for the first time since 2006. The rate increase was merely a quarter point (25 basis points), yet it triggered a huge decline in the stock market.

That said, you can bet Janet Yellen chose her words carefully in this latest statement. She made a point to say that while interest rates will remain unchanged for now, Americans shouldn’t make any hasty decisions. She cited  job market growth and a decrease in risk as two reasons for an increasingly positive outlook (albeit evidently not positive enough for an increase in rates).

Overall, the Fed was relatively vague and inconsistent. The bank wants to reassure people that the economy is doing well while simultaneously showing hesitation to do what they would normally do if the outlook really were as positive, as they say it is.

To that point, the Fed’s statement included open ended language that could point to a rate hike in September, but commentators at the New York Times say that move is still unlikely.

So should we take the Fed’s statement at face value, or is there reason to believe the bank is peddling false hope?

Gold and 1 Big Metric Tell the Real Story
If you don’t trust the Fed to give you a complete picture of what’s happening in the economy, step back and take a look at the market’s reaction to the bank’s statement. There are two key reactionary movements that investors made right after the Fed’s statement that may make you question the overarching message of positivity.

First of all, data on inflation expectations is revealing an unsettling trend. With the figure reaching some of its  lowest levels on record, it’s clear that many are starting to seriously question the Fed’s control over the economy, and they’re doubting the central bank’s ability to stimulate growth.

Second of all, gold prices took a sharp upward turn after the Fed released its statement, indicating that people are wary of the Fed’s messaging and policy. Bloomberg elaborates:

Gold has climbed 26 percent this year, partly as the Fed indicated it would hold rates lower for longer. Central banks have pledged more monetary easing amid concerns over fallout from the U.K.’s vote to leave the European Union. Japan Prime Minister Shinzo Abe announced plans for more than 28 trillion yen ($265 billion) to help prop up the economy.

“With everything that’s been happening around the globe, you’ve got stimulus, negative interest rates and Brexit, and so you have enough of a reason for the Fed to postpone moving the needle,” George Gero, a managing director for RBC Wealth Management in New York, said in a telephone interview. “The betting is that the Fed may have a hawkish tone, but they’re not going to raise rates, and that’s good for gold.”

If investors are doubting the Fed’s control over the economy, and gold is rising further as more Americans seek safe haven, that paints a very different picture from what the Fed released in its official statement. Putting two and two together, the smart money seems to be counting on upcoming turbulence, and it’s running to gold for protection.