Home » Blog » Central Bank Gold Buying At Its Highest Since 2012

Central Bank Gold Buying At Its Highest Since 2012 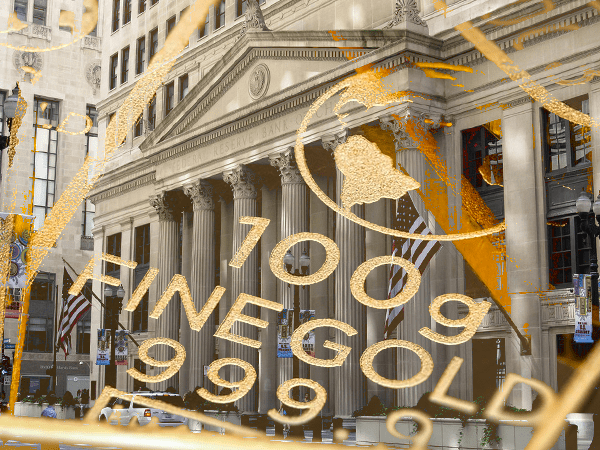 This week, Your News to Know brings you the latest stories involving precious metals and the overall economy. Stories include: Central bank gold buying is at highest since 2012, U.S. Mint reports most gold and silver coins sold since January, and Poland makes its biggest gold purchase since 1998.

Central bank gold buying is at its highest since 2012

According to an article on BullionVault, gold demand in the official sector continues to grow, with the latest analysis by Macquarie showing that central banks are buying the most gold they have since 2012. After strong demand in the first six months of 2016, when central bank demand rose 8% year-on-year, the analysis showed that governments were equally keen on bullion in the third quarter.

Total purchases for the January-September period amounted to 264 tons, by far the most in that time frame in the past six years and a 0.8% increase in combined central bank holdings. Russia, Turkey and Kazakhstan once again occupied the top three spots, with their acquisitions accounting for 86% of central bank demand.

Many believe that Russia aims to utilize bullion to reduce Washington’s influence over it, as seen by their recent selloff of U.S. government bonds. Earlier this year, the First Deputy Governor of Russia’s central bank Dmitry Tulin was quoted as saying “[gold] is a 100% guarantee from legal and political risks.” It’s suspected that the country might also be looking to protect itself against ongoing sanctions by the U.S.

Outside of the top three, Macquarie said that central bank demand was evenly spread, with many countries moving into the market after a lengthy absence. India bought 9 tons of gold for the first time since 2009, when the country acquired 200 tons late in the year. Besides Egypt, which made its first increase in holdings since 1978, other previously-absent buyers include Indonesia, Thailand and the Philippines. Poland’s 9-ton bullion purchase is also the first time a country in the European Union bought gold in the 21st century.

U.S. Mint says it sold the most gold and silver coins since January

The U.S. Mint’s sales report for September revealed an exceptionally strong demand for both gold and silver coins in the third quarter. According to Kitco, sales of American Gold Eagle coins climbed to 60,500 units in September, the highest since January and a 41% increase compared to August.

Silver demand was likewise impressive, with the Mint reporting 2.90 million one-ounce American Eagle Silver coins sold in September, also the highest since January. September’s sales mark a 47.2% increase over the 1,530,000 coins sold in August and an 89% increase compared to September of last year.

Out of the various countries that purchased bullion in the third quarter, Bloomberg writes that Poland stood out as the sole buyer from the European Union. In adding 9 tons to its reserves during the months of July and August, the country expanded its gold holdings for the first time since 1998.

Poland’s decision comes amid heightened interest in bullion by central banks around the world, particularly in emerging economies. Although the National Bank of Poland made no official statement regarding the purchase, Marcin Mazurek, a senior economist at mBank SA, said that Poland was likely motivated by attractive prices and expectations of higher global inflation.

While the country’s holdings still lag behind those of Russia and other frequent buyers, they are now the highest they have been since 1983.

Natalie Dempster, managing director of central banks and public policy at the World Gold Council, said that governments might be motivated to buy gold in anticipation of major changes to the reserve currency system. Dempster said that, over the coming years, the international monetary system could move away from the dollar and start to include other currencies, making diversification paramount.