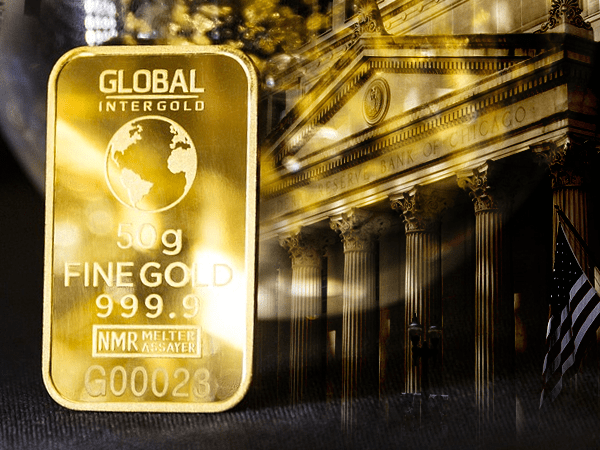 This week, Your News to Know brings you the latest stories involving precious metals and the overall economy. Stories include: Central banks to increase gold buying for the first time since 2013, gold gains ahead of a volatile trading day, and scientists think silver can help kill brain-eating amoeba.

According to a report by Metals Focus Ltd, 2018 will mark the first annual increase in central bank gold demand in the last five years. According to a recent article on Newsmax, the consultancy projects that net purchases of gold in the official sector will rise to 450 tons before the end of the year, up from 375 tons in 2017.

Junlu Liang, a senior analyst at the firm, said that diversification remains the primary motive behind central bank gold acquisitions. Demand has been steady since 2013, when governments bought a record 646 tons of gold during the 12-month period.

This year saw several countries show an interest in gold after a period of absence. Hungary increased its bullion reserves 10-fold while Poland made a string of purchases over the course of three months. Liang said that Poland’s pattern of acquisition suggests that the European country could become a regular buyer. Russia, Kazakhstan and Mongolia have also made notable purchases this year, with Russia adding an average of 20 tons to its stockpile every month.

Given the heightened interest in bullion that central banks have shown, Liang said that his firm could move its forecast beyond 450 tons before the year ends.

Gold gains ahead of a volatile trading day

According to Kitco, gold prices jumped to $1,235 an ounce early last Friday as traders prepared for a potentially rough ride to close the week. Worries that the stock market would extend its losses proved justified as equities slid to their longest losing streak since 2013.

The volatile day was marked by a sharp sell-off in tech stocks and losses across the board. Gold built on its morning gain by rising to $1,246 an ounce before the day ended. Investors now find themselves short on optimism as they head into an uncertain weekend in geopolitics.

Kitco’s Jim Wyckoff points to $1,275 as a key resistance level that gold could be looking to breach before the year ends. Besides the wobbly stock market picture, the metal is aided by various conflicts and economic concerns around the globe. These include a worsening of the trade conflict between the U.S. and China, which appears to have taken on a new dimension as the Chinese yuan fell to multi-year lows in what many see as a clear sign of currency manipulation.

Other sources include tensions between the U.S. and Saudi Arabia over the killing of a Saudi journalist and a concerning economic picture in the eurozone. Besides lower-than-expected growth forecasts for the coming years, the European Union also has to contend with Italy’s defiance over budget propositions and the threat of Turkish migrants spilling into its member states amid a crisis in the lira.

The fall in Treasury yields to a three-week low shows that other havens struggle to compete with gold in times of distress, which should intensify demand for the metal in the likely event that stocks plunge further. Gold’s recent move above its 100-day moving average is another bullish signal that suggests more price gains for the metal could be in the works.

Primary amebic meningoencephalitis, or PAM, is a form of infection where ravenous single-celled organisms called amoebas find their way to a person’s central nervous system and brain. Most commonly contracted from polluted water, the disease has no official treatment and has thus far proven fatal in nearly all cases.

But scientists are now turning to silver, reports Gizmodo in order to facilitate recovery in what would otherwise be a hopeless situation. A team of researchers at the Sunway University in Malaysia believes silver nanoparticles are the ideal method to introduce anti-seizure drugs, which shut down the brain-eating amoebas, to a patient’s body with greater effect.

Ayaz Anwar, the lead researcher on the case, noted that humans’ tolerance to silver makes the precious metal a good candidate for introducing drugs to the bloodstream. Moreover, Anwar said that the surface of the silver nanoparticles allows one to deliver a greater dosage of drugs than through standalone applications.

The idea came from the team’s previous studies which used antifungal medicine latched onto silver particles to combat amoebic infection with good results. In both cases, silver expedited the process and allowed the scientists to kill off a larger amount of parasites. Anwar noted that the combination of diazepam and silver stood out as it was entirely non-toxic to other cells in the body while still having the desired outcome.

These experiments are the latest in an array of promising scientific research where gold and silver nanoparticles are used to deliver drugs to a person’s body with unparalleled efficiency.