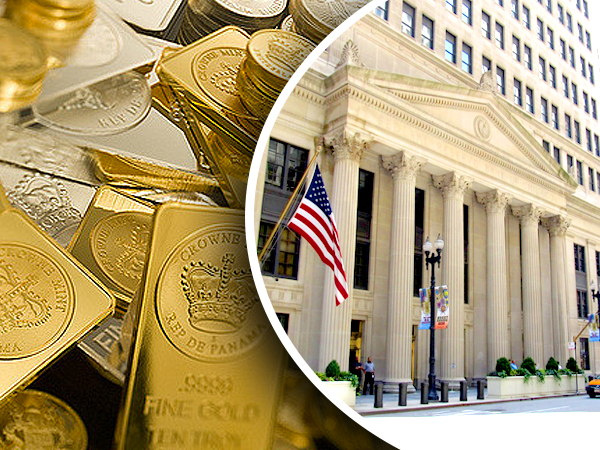 This week, Your News to Know rounds up the latest stories involving precious metals and the overall economy. Stories include: Central banks go on gold-buying spree over dollar worries, China will play a major role in the global silver market, and hundreds of Roman gold coins found in theater basement.

After decades of selling after the gold standard was abandoned, central banks have once again become net buyers of gold. While the period leading up to 1971 saw central banks buy gold due to monetary policy, Forbes contributor Simon Constable lists fear as the primary driver of their more recent purchases.

The Bretton Woods agreement had brought the already-healthy central bank demand for bullion to new heights, and governments purchased at least 5 million ounces every year between 1959 and 1965. Annual central bank demand would sometimes exceed 20 million ounces during the 16-year stretch as these institutions sought to match their currency with bullion and fuel international settlements.

When President Nixon untethered the dollar from gold, causing the metal’s price to explode past its previous valuation of $35 an ounce, central banks responded in kind and began emptying their reserves. But Constable thinks that the stress of the 2008 crisis reminded central bankers of gold’s value, as they have been dedicated buyers ever since. Their purchases have likewise grown in scope, going from a few hundred thousand ounces annually in the first few post-crisis years to the 11 million ounces of gold bought in 2017.

Constable thinks it’s a safe bet that the central bank will continue purchasing, especially considering the tense geopolitical situation some of the top buyers find themselves in. In present day, Constable points to worries about the dollar as the main reason why governments have returned to the buying column. And with at least another 11 million ounces of central bank demand expected for 2018, he advises bullion investors to keep a close eye on the signal that these institutions are sending.

China will play a major role in the global silver market

While China is renowned for its gold demand both on the consumer- and state-level, the latest report by the Silver Institute shows that the country is poised to have a major presence in the global silver market. According to a recent article on Kitco, the Prospects for the Chinese Silver Market report, presented at the 17th China International Silver Conference in Shenzhen, outlined how China will significantly increase its silver production and consumption in the coming years.

China already ranks as the world’s top silver consumer by a wide margin, with industrial demand for solar panels in the country rising to 65 million ounces in 2017. The Asian nation’s silver production is expected to rise to meet global demand for photovoltaic technology, 70% of which comes from Chinese manufacturers.

Growth in other manufacturing sectors will further bolster demand, as China remains the largest producer of electronics in the world.

“Significant areas of growth include touch panels, light emitting diodes and equipment used in electricity generation,” said the Silver Institute. “Chinese consumption of silver for electronic and electrical uses was estimated at 78 million ounces in 2017 and is forecast to grow modestly this year.”

Silver demand for brazing applications will also rise as China continues to improve its infrastructure. Additional railways, increased car sales, refrigeration and air conditioning will all contribute to demand for silver as part of brazing alloys and solders, which used up 24 million ounces of the metal in 2017.

The report added that Chinese jewelry and silverware demand should rebound soon, and that both markets should experience new growth by 2020.

According to a report on NPR, the basement of a demolished theater in northern Italy is home to one of the country’s most valuable archaeological discoveries in recent memory. Workers who dug at the location ahead of its restructuring into residential homes unearthed a large two-handed soapstone jar, called an amphora, and noticed hundreds of gold coins spilling out of a crack.

A closer inspection found that the coins date back to the 4th or 5th century and sport engravings of Roman emperors such as Honorius, Valentinian III, Leon I, Antonio and Libio Severo. In a press conference held on Monday, rare coins expert Maria Grazia Facchinetti speculated that the jar was placed in a way to make it easily accessible in a danger scenario. Facchinetti said that the stacking of the coins supports the idea that the stash belonged to a bank or deposit instead of a private individual.

Luca Rinaldi, the local archaeology superintendent, called the discovery exceptional and said that the coins have an inestimable value. Various Italian outlets reported that the coins could be worth millions of dollars.

Italy’s Culture Minister Alberto Bonisoli praised the discovery, adding that the site has been home to several important finds. The coins are the latest Roman artifact discovered in recent years, with the 2,000-year-old Roman gold coin found in Jerusalem in 2016 being another prominent example. The Ministry of Cultural Heritage and Activities said that the Como coins have been moved to a restoration laboratory in Milan, where researchers are hoping to unlock more details regarding their origin.