Latest Critical Reads about the Economy and the Gold Market 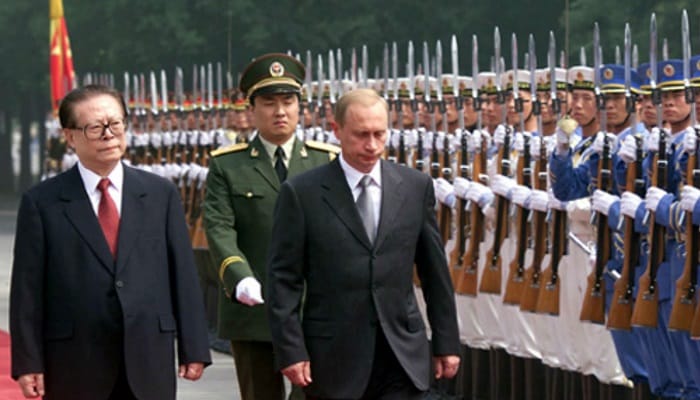 Once a week every week, Your News to Know offers you newsworthy critical reads about the economy and the gold market. Stories this week include: Jim Rickards says central banks buy gold to get ready for the collapse of the dollar, Peter Schiff says that a “smart” Putin would rather sell his dollars and take advantage of the current gold prices, and could this move by India further boost gold prices?

James Rickards: Central Banks Buy Gold to Get Ready for the Collapse of the Dollar

Two of the most prominent gold buyers this year have been the central banks of Russia and China as they realize that the international monetary system is in trouble, said James Rickards, author of “The Death of Money: The Coming Collapse of the International Monetary System.”

“By purchasing gold, China and Russia have indicated that they understand how fragile things are and that they’re getting ready for the demise of the dollar,” Rickards said recently. “At the same time, other countries have been watching what they’re doing and are saying to themselves, ‘If things are really that bad, then we better get our gold back,’ possession being nine-tenths of the law.”

Gold prices on Tuesday ended sharply higher, hitting a six-week high. Global sell off in equities and commodities reignited concerns over the global economy and boosted demand for the precious metal as a safe-haven asset.

Peter Schiff: A “Smart” Putin Would Rather Sell His Dollars and Take Advantage of the Current Gold Prices

“There were a lot of people who thought Russia would sell their gold to defend the ruble. I give Putin a lot more credit than that. I don’t think he’s so dumb that he would sell his gold. I think he would much rather sell his dollars and use this weakness in the price of gold to increase Russia’s gold reserves,” said Peter Schiff, CEO and Chief Global Strategist of Euro Pacific Capital Inc. He recently appeared on RT’s Boom Bust to discuss the latest job figures and the Swiss gold initiative.

“Ultimately,” Schiff told RT, “it’s your [Russia’s] gold reserves that are going to determine the strength of your currency and the underlying productivity of your economy. The dollar reserves are not going to do you much good, because they’re not going to have much value.”

Watch the Video with Peter Schiff below:

As for the Swiss gold initiative, Schiff pointed that the gold-backed Swiss franc had never harmed the Swiss economy, in the 70s, or the 80s, or the 90s. “The crazy thing is how many people were warning the Swiss how reckless and crazy this would be. The establishment was out in force. The mainstream, the bankers, the investment firms, telling the Swiss how dumb they would be to back their reserves even one-fifth in gold, they should have 100 percent of their reserves in euros and dollars. As if there’s any real value there.”

Could this Move by India Further Boost Gold Prices?

“With China maintaining its recent high gold purchasing levels,” reports Mineweb, “any prospect of a further boost in demand from India, traditionally the world’s most gold-hungry nation, will further enhance the demand side of gold fundamentals. We have already suggested that gold supply is in deficit and this would just widen it.”

And here’s the new prospect according to Mineweb: The Chief of the Reserve Bank of India has implied that we can expect further government-led lifting of gold import restrictions.

Follow Birch Gold’s YouTube profile to stay up to date with the latest news about the gold market.

Peter Schiff Defends the Many Uses Of Gold (Video)

Is Indian gold turnaround a game changer for prices?