5 Central Banks Hold the Global Economy in Their Hands 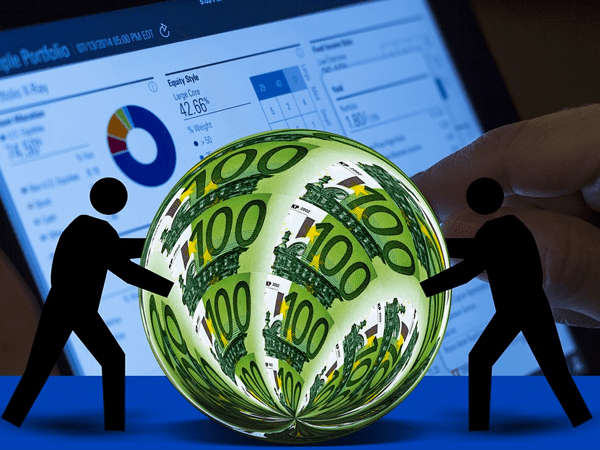 Following the 2008 crisis, the Federal Reserve wasn’t the only central bank to implement extreme measures in an effort to prop up an economy. In fact, the Fed’s example led other global central banks to do the same. As a result, the five largest central banks now hold the global economy in their hands.

What global central banks do next could impact our economic future for decades. Let’s examine why that’s the case, and how Americans could shield their savings…

When people dropped out of the market after 2008, the Fed used Quantitative Easing (QE) to buy up stocks and bonds in an effort to keep the economy above water. When other central banks saw this trick, they quickly put it to use in their own national economies.

As a result, five global central banks now represent the largest holders of private equities around the world, with an astounding $14.6 trillion in total assets on their balance sheets. And they’re on track to purchase $3.6 billion more in 2017 alone.

To put this in perspective, the Swiss National Bank holds more publicly traded shares of Facebook than Mark Zuckerberg, and the Bank of Japan is a top-five owner in Japan’s 81 largest firms. (It’s set to become the #1 owner in 55 of those firms soon.)

The trend of central banks buying up private equities to prop up their economies spans the globe. And it all started with the Fed’s precedent-setting actions after 2008.

But now the Fed is being forced to unwind its mess of QE equities buying. Fed officials have already announced the central bank’s balance sheet will be trimmed, and details on how they’ll do it are emerging now.

How long will it be until other central banks stop their buying sprees and do the same as what the Fed is doing now? When that time comes, they’ll have to tread lightly…

Experts are already concerned about what may happen as the Fed reverses its heavy QE from the past several years. As the central bank’s equities positions get pared down, private demand in the market must be sufficiently strong to fill the gap. If it’s not, another painful recession could be waiting at our door.

The situation is worrisome enough when we just consider the Fed’s actions. But it’s even more troubling when we account for other central banks.

Eventually, other global central banks will be shouldered with the same challenges the Fed is dealing with now. QE can only go so far. At some point, they’ll be forced to stop artificially supporting their economies with these reckless asset purchases. And those assets must be sold to restore balance.

But that’s easier said than done. Even under a conservative approach — selling off central bank assets in a slow, gradual drip — the process could quickly go awry. Alternatively, some commentators suggest central banks could throw caution to the wind, and frame President Trump’s policies for the fallout.

1 Safeguard Against This Central Banking Nightmare

We’re floating in uncharted waters with today’s global economy. Never before have global central banks purchased such vast amounts of private equities, and subsequently been liable for the damage of selling them.

In the same way central bank officials had no idea what would happen in response to their experimental and heavy-handed QE after 2008, nobody can predict what the results of undoing those measures will be.

But if economic history has taught us anything, we should always be prepared for the worst. So unless you trust global central bankers to keep you safe, it’s time to hedge your risk with an investment that their policies can’t destroy.

We’ve seen gold thrive in the face of economic adversity for centuries. It’s survived every central banking debacle thus far. And in 10 years, when we look back at the one that’s brewing now, gold will be the proven winner once again. If you want to keep your savings on the right side of history, buying gold today may be the smartest way to do it.