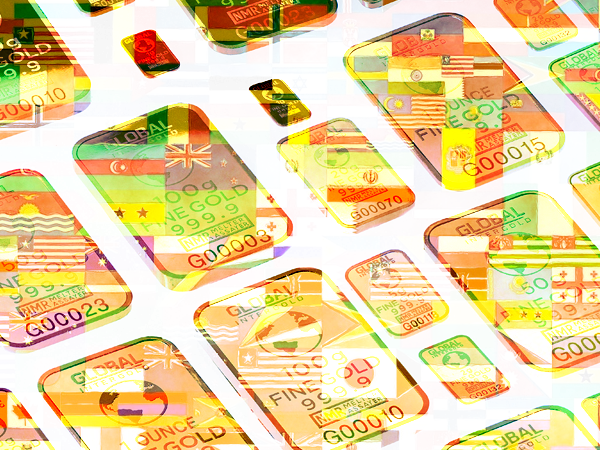 This week, Your News to Know brings you the most recent updates on gold and silver. Stories include: Central banks are buying gold in record numbers, silver to reclaim its “precious” status, and how China’s Lunar New Year will boost gold demand.

Central banks haven’t bought this much gold since 1971

With gold riding a nine-month high and posting gains for the fourth straight month, many analysts have focused on how the metal has outperformed virtually every other asset. Yet to Forbes contributor Frank Holmes, recent buying by central banks is perhaps the most sensational story related to the metal.

Although governments have been net buyers since 2010, last year saw an unprecedented spike in central bank gold demand. The 651.5 tons of bullion bought by these institutions in 2018 blew away all forecasts and marked a 74% increase in demand compared to 2017. It was also the most gold central banks have bought in a single year since 1971, when President Nixon put an end to the gold standard.

Holmes views diversification as a primary motive behind these purchases, with many central banks looking to reduce their dollar holdings by switching to gold instead. Although Western nations retain a considerable weighting in gold, it is emerging economies like Russia, Turkey and Kazakhstan that have driven central bank gold purchases over the past few years. Last year’s demand numbers were also bolstered by Poland, Hungary and India, whose governments made hefty bullion acquisitions after years of showing little interest. Likewise, China bolstered its reserves for the first time since 2016, although many suspect that the People’s Bank of China (PBOC) buys and owns far more bullion than it reports.

To top it off, gold bullion became a key player in Venezuela’s troubled economy. In the fourth quarter of 2018, central banks broke the all-time record for quarterly purchases, with a total of 195 tons bought in the period. This, along with a slew of other tailwinds, leads Holmes and many other experts to believe that a price jump to $1,400 or even $1,500 this year is highly probable.

In a recent analysis of the silver market, research firm Hightower Report outlined several driving forces that should bolster the metal’s price in the near future. According to the firm, nearly all of the signs point to sustained gains that could see the metal climbing to $17 an ounce as early as May.

Among other things, the firm’s bullish outlook rests on record net short positioning on silver, which has traditionally acted as a signal that a turnaround is close. But there are many more things that silver investors can look forward to in 2019.

The metal is likely to receive support from gold and palladium, fellow precious metals that have each posted a winning streak over the past months. Silver’s supply-and-demand picture also shows promise, as most miners have had to cut back on their operations amid a dip in prices over the last two years. Yet industrial demand for silver, which makes up for 55% of overall demand, remains strong, as manufacturers ramp up the production of high-end devices that utilize the metal.

Despite all these drivers, Hightower Report’s analysts believe that investment demand is what could ultimately push silver prices above resistance levels. In the report, the analysts said that investors are likely to view silver as a cheaper precious metal alternative in an environment of a weaker U.S. dollar and a more dovish Fed policy.

Chinese New Year celebrations during the first week of February may have held gold back from moving even higher up. The Asian nation ushered in the Year of the Pig, with a week-long public holiday lasting until February 10, meaning that jewelry stores were closed and most gifts were already purchased.

However, as the holiday stretch draws to a close, Chinese demand could reignite for the rest of the month, as the New Year festivities are expected to last until February 19. Phillip Streible, a senior market strategist at RJO Futures, pointed out that gold has consistently risen over the past decade in the period between February 7 and 28.

This should build on existing drivers that have propelled gold since the start of the year. An analysis by MKS PAMP Group predicted that gold’s bullish trend will continue for the rest of the month, as geopolitical concerns increase. These include a complicated political picture in the U.S., a standoff with one of its main trade allies in China and the possibility of a “hard” British exit from the European Union.

Gold has held firmly above the key resistance level of $1,300 since the start of the month, even as Chinese demand was largely absent during the holiday week. To many, gold’s solid positioning atop the $1,300 level is an indicator that a price breakout could be imminent. In the next few months, Streible noted that gold bulls will look for the metal to close above the next solid resistance at $1,350 an ounce.