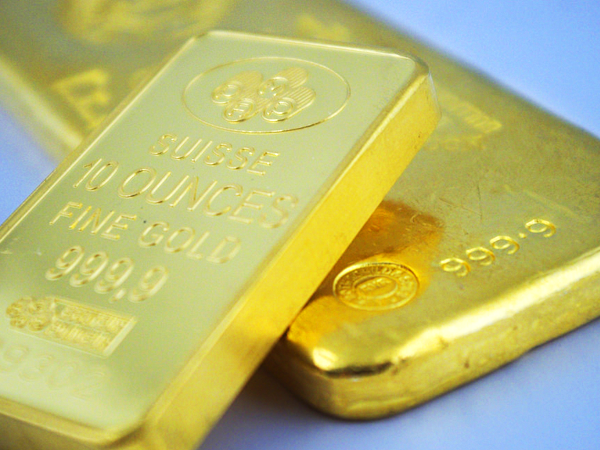 This week, Your News to Know rounds up the latest stories involving gold and the overall economy. Stories include: Top money manager says gold may hit $1,500, what’s gold’s role in a portfolio, and Russia buys lots of gold in May.

While gold’s 8% year-to-date gain is impressive, one top money manager believes the metal still has plenty of room to rise in the near future. Frank Holmes, Chief Executive and Chief Investment Officer at U.S. Global Investor, expects gold prices to continue rising from their current level of $1,250 to $1,500 an ounce.

“The metal is responding to the typical demand drivers that I always discuss, like geopolitical uncertainty, a weak dollar, low interest rates,” said Holmes. “Perhaps one of the most shocking things is that last week, for the first time since the November [U.S. presidential] election, gold was outperforming the U.S. dollar.”

Holmes views the plunging dollar as one of the biggest drivers behind gold’s rally, adding that the Fed is being more dovish than expected in its approach to raising interest rates. He also points to rising geopolitical turmoil as another important driver of demand, a concept he refers to as the “fear trade”. The money manager lists Brexit, Trump’s policies and unrest in the Middle East as just some of the reasons why investors are turning to safe-haven assets.

Safe haven demand is bolstered by low-to-negative interest rates, which Holmes views as a major issue. “Right now, with rates still historically low and inflation in the 2% range, government bond yields are low to negative, in some cases,” he said. “Why would investors want to lock in negative yields for the next two to five years?”

“In light of this, I think haven investors see gold as a much more reliable store of value,” he added.

Holmes also pointed towards the surging demand for physical gold in China and India, the world’s top gold consumers. Gold demand in both countries has reached record levels, driven by the devaluation of the yuan and a slowing real-estate market in China and fears over higher import taxes in India. Furthermore, both countries retain robust central-bank purchases of gold with plenty of room to increase their holdings.

“Currently gold only represents 2% of China’s foreign reserves. Compare that to the U.S. where gold represents 75%,” he said, explaining that “there is still an enormous opportunity for China to continue to accumulate the yellow metal.”

Gold’s role in a portfolio

While many investors have heard that a 60%-40% portfolio allocation of stocks and bonds, respectively, is the optimal way to divide your capital, a recent article on SeekingAlpha examines why gold might be a prudent addition to the two.

Between 1969 and 2016, the S&P 500 returned 9.6% while intermediate-term U.S. government bonds yielded 7.0% – at least on paper. Gold’s return in this period was also 7.0%, but the most important thing to note is that these numbers aren’t adjusted for inflation.

Gold’s low correlation to both stocks and bonds makes it ideal, the authors argue, when either of those assets take a hit. Whenever stocks had a negative year in the 48-year period, gold rose by 12.1%. Likewise, when bonds went down, gold would gain 7.8% that year while stocks posted relatively minor returns.

Affirming the role of gold in a portfolio, the authors altered a 60/40 stock/bond portfolio by adding a 10% position in gold. The experiment resulted in the portfolio having virtually the same gains but only 55% of the risk, highlighting the importance of the metal and putting into question the 60/40 method that has stuck around for so long.

Russia buys lots of gold in May

After a mild month of gold purchases in April, Russia returned in May by buying a total of 21.8 tons, or 700,000 ounces. This brings the bullion holdings of Russia’s central bank to a total of 1,708 tons as of June 1, with its stockpile now worth $69.3 billion.

This makes Russia the sixth largest gold holder in the world, behind China. If both countries continue to acquire gold at the same pace, Russia is expected to usurp China’s spot either later this year or at the start of the next. Although China hasn’t reported any gold purchases in several months, there is growing speculation that the Asian nation is secretly increasing its gold hoard.

The Kremlin might have been influenced by gold’s recent performance, with British multinational bank Standard Chartered expecting the metal to reach $1,300 by year’s end.

The bank’s precious metals analyst Suki Cooper pointed to multiple reasons behind the forecast: a dovish Fed, less likely increases in 10-year U.S. Treasury yields, and indications that India’s Goods and Services Tax will do little to impact the gold market.

“We believe prices are more likely to breach $1,300/oz than test the downside by year-end”, said the bank, adding that President Trump’s difficulty in pushing through a significant fiscal stimulus package means that gold is unlikely to dip below $1,220 an ounce.