Home » Blog » Cheap Oil Prices Are Great, Right? Or Do They Indicate Something Ominous?

Cheap Oil Prices Are Great, Right? Or Do They Indicate Something Ominous?

With the price of oil going down in 2016, is this good or bad for the American economy? Find out here. 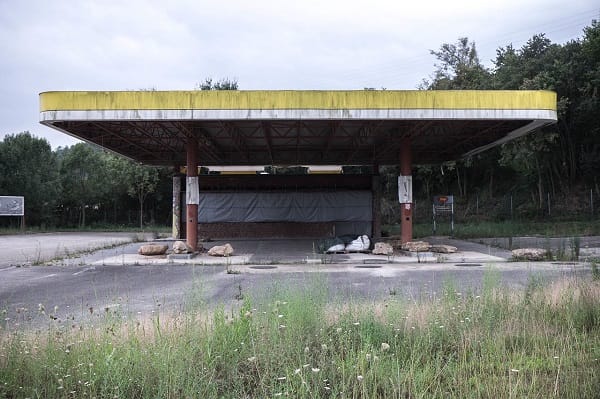 Historically, cheap energy has been good overall for the American economy. But this time, is it the case?

The markets are definitely acting otherwise and there are sound reasons for this outcome.

For most of the Obama presidency, the American economy has enjoyed the benefits of the shale oil revolution. Before the oil price collapse, America went almost overnight to the largest producer of crude oil in the world.

So as oil has collapsed, American economic growth has collapsed along with it. According to Bloomberg, the future for the energy sector doesn’t look good, especially in the near term, as many shale oil producers face bankruptcy.

Eventually, the hydrocarbon market will rebalance and prices will begin to rise again, but this could be a long way off. “This is a weird thing for a market analyst to say because it’s usually the opposite case, but I have more conviction in my five-year outlook than my one-year outlook,” said Mike Wittner, head of oil market research for Societe Generale SA.

And it’s not just American shale producers, it’s entire countries as well who grew fat on the free money bubbling out of the ground. Russia, Venezuela and Saudi Arabia are suffering. How they decide to navigate the crude oil price collapse is anything but clear. The entire Middle East is awash in instability, a consequence of the price of crude oil languishing around $30 a barrel.

So where does that leave us from here? It is highly likely that the retreat of the oil and gas industry from expansion will drive the United States into another recession. The sell-off in the equity markets to begin 2016 could be heralding this scenario.

Truck sales are down. Global shipping is down. Energy use is down. China is collapsing. The price of oil could very well be the canary-in-the-coalmine for global, and more importantly, American economic growth.

Bloomberg reports on comments by Goldman analyst Damien Courvalin: “The demand implied by such margins would be consistent with a U.S. recession, which our U.S. economist team estimates has only a 15 percent to 20 percent probability of occurring.” In this report, Goldman says that gasoline futures are trading at levels predicting a recession in the United States.

Meanwhile, there is more pain to come in the American energy market, as multiple shale oil producers will be cut off from financing as banks look to reduce their exposure to the volatile industry as regulators breath down their necks.

The last thing the Federal Reserve wants to see is another massive debt restructuring on bank balance sheets. The Fed is also in the midst of raising short term interest rates, which exacerbates the situation.

In short, it is different this time.

Cheap oil is bad for the economy, especially in the short run, as one of the only industries that had kept America out of recession for the last decade is now in a depression itself.

If the economy collapses, do you want to be certain that your savings will still be there for you when you may need it the most? Holding physical precious metals during a crisis is one of the best moves you can make to protect your funds. If you are ready to make that move, give us a call, we are here to help.

The price of oil has also significantly deviated from the price of gold is this just another indication of a suffering economy? Read more here.