In an effort to increase transparency, China is now reporting its increase in gold holdings each month. What does this mean for the future of the yellow metal? Find out here. 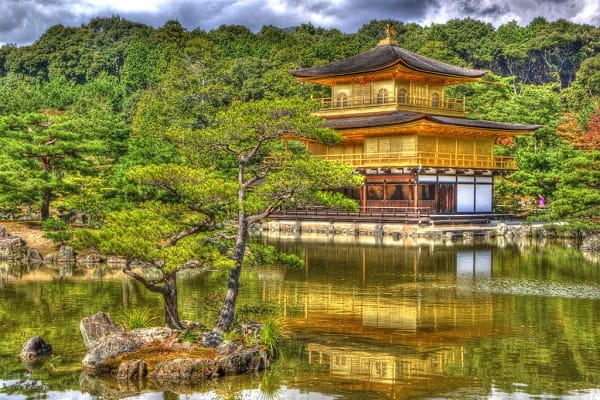 This week, Your News to Know reports the most important news stories about the gold market and the overall economy. Stories include: China boosts gold reserves by 1%… Do weak jobs numbers point to a gold comeback?… And lastly, is there gold on Mars?

Bloomberg reports that Chinese gold holdings went from 53.93 to 54.45 million ounces in August, marking a 1% increase for a single month. A stark contrast to its once-secret holdings, China now reports its position monthly in an effort to increase transparency, as the country looks to establish a greater presence on the global market.

China’s disclosure of gold reserves in July was met with skepticism, with many experts believing a significant portion of their reserves was omitted from official numbers. Despite being tied with India as the world’s top gold consumer, China only has 1.6% of its foreign reserves in gold – a minuscule amount when compared to USA’s 73% or Germany’s 67%.

Prior to the data being released, Australian Bullion’s chief economist Jordan Eliseo predicted that “China’s accumulation of physical gold is likely to continue. At present, they have an extremely low allocation to gold as a percentage of forex reserves, especially compared to many developed market nations.” Analyst James Wilson added that, in their diversification efforts, the Chinese should be making a “much bigger investment in gold” based on their economy.

China is but one of several countries, including Russia and Kazakhstan, geared towards increasing their gold reserves. The trend of central banks amassing gold is a fairly recent one – until just a few years ago, they had been net sellers for decades.

Do the weak jobs numbers herald a gold comeback?

September’s jobs report listed 142,000 new posts created inside the month – an underwhelming figure compared to the expected 203,000. CNBC’s Alex Rosenberg attributes this news to Friday’s gold and silver surge, adding that some see further gains for the metal ahead.

RJO Futures’ Phillip Streible is one such person, who believes that the weak jobs numbers “paves the path of least resistance for gold higher into the end of the year.” He also deemed the jobs report a “wake-up call” for the Fed.

Indeed, the weak jobs report might have reduced the chances of a rates hike before the end of 2015, as the Fed expected to see strengthening economic growth before making the decision. As a 2015 hike was no longer perceived as likely as before, bond yields and the U.S. dollar declined – both positive developments for gold.

Other factors that could stimulate gold prices, according to Streible, are rising Russian and Chinese gold reserves as well as potential supply difficulties in the near future.

Is there gold to be found on Mars?

As we strive towards visiting and exploring Mars, the gold bugs and miners among us are undoubtedly wondering: Are there precious metals to be found on the red planet?

Forbes columnist Jillian Scudder tackles the question and comes up with a satisfactory answer. Earth’s reservoir of gold consists of remnants from very large stars which exploded billions of years ago. Because planets lacked a solid crust back then, the majority of metals in the star dust – including gold – collected in the planets’ cores.

Volcanoes are the only known way for gold to reach a planet’s surface from its core, as is sometimes the case on Earth. Fortunately for enthusiasts of the metal, there is no shortage of volcanoes on Mars, including the Olympus Mons – the largest volcano in the solar system.

Since these volcanoes resemble those found on Earth in many aspects, it’s possible that their past eruptions scattered plenty of gold across the surface. However, Scudder – who also lists geodes and agate as materials we could find on the planet – warns that the question of gold on Mars might stay up in the air a while longer.

“It has proven difficult enough to get any kind of machine to the surface of Mars in the first place, so making it extra dangerous has not been at the top of anyone’s priority list,” she says, referring to the necessity of landing on volcano-site ground to confirm the presence of precious metals.