Chinese gold consumption continues to explode, now passing monthly averages. What does this mean for the future of the metal? Find out here. 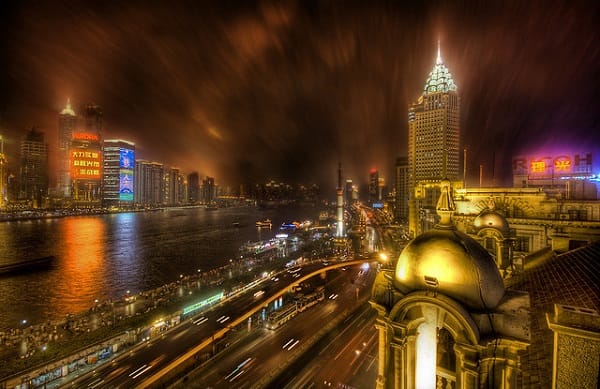 This week, Your News to Know brings you the latest news stories about the gold market and the overall economy. Stories include: Chinese gold demand soon to pass full year record, 4 reasons investors should like physical gold, and $1 billion of gold is coming back to Texas.

Not too long ago, precious metals commentator Lawrence Williams predicted that around 2,600 tons of gold will pass through the Shanghai Gold Exchange (SGE) by year’s end. Now, his forecast seems all but confirmed: While full monthly figures aren’t available yet, SGE gold withdrawals up until October 23 have already exceeded last year’s total.

The numbers are particularly impressive considering that 2014 was the second-highest year ever in terms of gold deliveries. In two weeks, Williams writes on Sharps Pixley, the deliveries’ figures will almost certainly surpass those from the current record year of 2013. It’s also worth noting that all of the gold in question is physical, rather than paper, and that Chinese gold consumption alone now accounts for 80% of newly mined gold supply.

In his article, Williams also speculates why there is a large discrepancy between China’s known gold supply (imports plus domestic production) and SGE numbers. Mainstream analysts disagree on the exact reason, with several theories floating around: Some believe that over 1,000 tons of gold are tied up in financial transactions, some think that there is massive unofficial movement of gold from mainland China to Hong Kong, while others yet put the blame on gold recycling through the SGE.

For his part, Williams doesn’t put much faith in any of these theories, finding them mere suggestions in the absence of a proper explanation. Whatever the real reason might be, Williams makes another forecast: Sooner or later, the massive gold flow from West to East will start to have an impact on prices.

In a recent interview with The Gold Report, financier Joe McAlinden announced he switched his position on precious metals and especially gold, going from bearish to ‘reluctantly’ bullish. Having worked as the Chief Global Strategist for Morgan Stanley Investment Management, McAlinden has his share of experience with the market and its trends.

While the 12% correction of stock prices from their all-time highs in the fist half of 2015 was severe, McAlinden believes that the really big decline still lies ahead. As seen on Seeking Alpha, his latest Gold Report interview has him listing 4 reasons why gold should be used as protection from the volatile stock market, and why he finds it to be a good investment in general.

Kera News writes that Texas is moving along with its plan of repatriating gold from New York, as Comptroller Glenn Hegar’s task force is already working on the logistics of the move.

Earlier this year, Texas passed a bill that would take back $1 billion of its gold and store it in the Lone Star state’s own vault. Upon signing the bill, governor Greg Abbott commented that the facility would be the first of its kind in the nation, and that its main purpose was preventing the outflow of taxpayers’ money for storage outside of the state’s borders.

Once Hegar’s task force comes up with enough ideas for the move, they’ll go to the state leadership to form a more solid plan. Right now, there are over a dozen suggestions: For example, some would prefer a single storage facility in Texas, while others lean towards scattering the gold across multiple points in the state.

Other details, like the facility’s payment system and whether national and international entities could store bullion inside it, are still being worked on. Regardless of the specifics, Hegar says that the gold is coming back: “My ultimate goal is to make sure that we have a Texas gold bullion depository that is safe and secure and everybody can rest well knowing that those metals are safe here in Texas.”

photo credit: The Bund in the Rain via photopin (license)