China Moves One Step Closer to Dethroning the Dollar 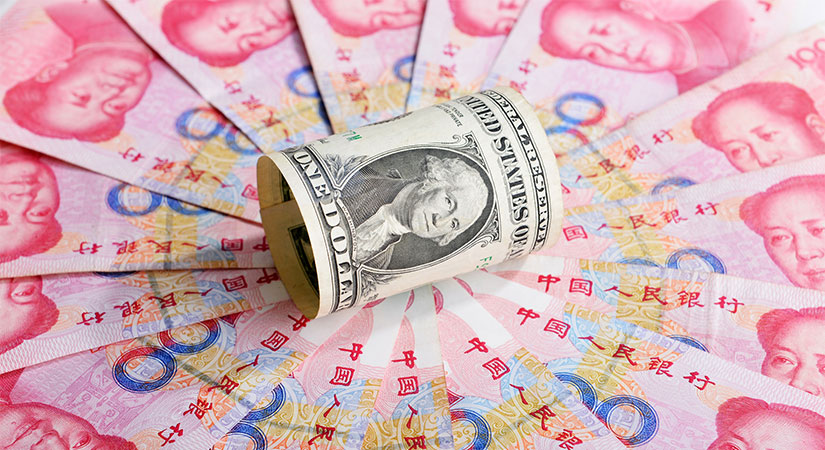 This week, Your News to Know rounds up the latest top stories involving gold and the overall economy. Stories include: China’s gold-dollar swap, how deep the troubles in the global economy really are, and thieves in Germany steal ancient gold hoard worth $1.65 million.

De-dollarization seems to be all the rage these days. No longer is it constrained to sanctioned nations cut off from dollar use. Instead, it seems to be a thing of preference. Asia Times reports that China spearheads this trend, despite a lack of confirming official reports.

Of the 400 tons of gold bought by central banks in the third quarter of 2022, the greatest quantity since 1967, only around 100 tons were accounted for: Turkey, Uzbekistan, India and so on. While there has been no official word on the extent of Chinese central bank gold purchases, the report leaves little doubt that China is behind the remaining 300 tons:

One of the worst-kept secrets in global central banking is the extent to which Chinese officials are swapping dollars for gold.

Why, when the dollar is looking high and mighty? Just as Russia saw an opportunity to strike Ukraine, so might China be looking to slip the yuan in inside global trade. We’ve spoken about China wanting few things more than the yuan replacing the dollar as the global reserve currency. It’s a long road, and one of the ways to do it would be to make it fully convertible to gold. That move would dispel a lot of the “currency manipulation” reputation the yuan has, from lack of stability to excessive Party meddling in central bank affairs.

If China was indeed to come out with a gold-backed yuan, it would probably be the best way to immediately and strongly rival the dollar. Furthermore, this would be the kind of reaffirmation that gold hasn’t gotten in decades. The first nation who declares their currency is fully-convertible to gold would, I believe, reap massive economic benefits – and leave every other unbacked currency in the world scrambling for relevance.

Just as Nixon’s announcement that ended the gold standard led to a global decoupling of money from tangible value, one major nation returning to any form of a gold standard would, I predict, inspire a wave of follow-the-leader from every other economic power.

Gold would, once again (and as it ever has), be money. The global demand for gold from central banks would, I expect, dwarf this year’s 50-year record buying.

A somewhat unrelated news piece tells us that Ghana is planning to buy oil with gold instead of the U.S. dollar. Obviously, oil supply and demand has tied very closely to this whole “Red gold standard” dollar displacement story. While the African nation isn’t allied with either Russia or China in a political sense, it might be worth monitoring stories like this. Are they merely novelties, or will other nations make similar economic moves in the near future?

How bad are things in the markets, really?

Singapore’s central bank released a rather pessimistic statement concerning the global economy. The culprit? Liquidity strains – in other words, a mismatch between demands for cash and ready money to meet those demands.

Side note: The difference between “liquidity” and “solvency” comes up a lot. Briefly, imagine you get an unexpected bill for $50,000 – could you pay it? Probably, yes, you could – but most of us can’t just write a check for $50,000. We just don’t keep that much cash sitting in the bank. Personally, I’d need to sell some investments. I’d need a few days to pay the bill. That’s a liquidity issue: I’m good for the money, but it’ll take me a few days to get the funds together. Some people could not pay a $50,000 bill – their net worth, the total value of all the assets they own, is less than $50,000. Presented with that bill, they turn their pockets inside out and shrug. Collectors could sue for the money, drive them into bankruptcy – and still not collect the full amount. That’s a solvency issue.

The European Central Bank called liquidity strains a growing threat to global financial stability. The Monetary Authority of Singapore elaborated by saying liquidity squeezes could cause “severe disruptions.” Here are some choice details.

The general lack of liquidity, said Singapore’s central bank, will likely spill over to banks and companies. (Echoes of 2008?)

Following Britain’s bailout example, South Korea responded to a debt default by a property developer with a pledge of an aid package worth a minimum of $38 billion. It might look comparatively lesser than the U.S. multi-trillion-dollar stimulus, but we need to remember that South Korea is also a much smaller country with a smaller economy.

Janet Yellen has recently warned (multiple times) “about a loss of adequate liquidity” in the Treasury market – which is the most liquid market in the world. That alone should give you a sense of the scale we’re dealing with.

A point of interest from Singapore’s central bank had to do with a warning that crypto could destabilize the global financial system, specifically naming stablecoins as a particular issue. Are central banks tiring of competition?

Singapore’s annual report is just one out of many red flags that tell us we’ve already entered a new period of global crisis which is still emerging. This seems like a good time to point out that crises are always identified and explained in hindsight, once the wreckage can be assessed and measured – once economists start telling stories explaining what happened, and why.

Speaking of “global,” China’s possible intentions to move toward a gold-convertible yuan might be motivated by its nationwide economic stresses. It’s well-known that China has chosen to slow down its economy over the past few years through totalitarianism, and this is now joining a debt squeeze of $2.1 trillion over the next five years. Expectations are that local governments won’t default, but rather face a new form of economic hardship. It’s a full-fledged bond crisis, one that Standard Chartered’s Ding Shuang says the government should alleviate by borrowing more. Whether one agrees with that or not, Ding seems right on point when he says that the estimated fiscal deficit of 7.3% of the nation’s GDP is an unsustainable figure.

In Japan, we again have reports of consumer inflation rising at its fastest pace in 40 years. Germany’s yield curve is the most inverted since 1992. And the U.S. is experiencing a very rare 3-month/10-year yield curve inversion last seen during the Reagan administration (meanwhile, housing is in full-fledged crisis). Far away in Egypt, gold hit the highest price ever in local currency due to bullion purchases.

Unrelated? I doubt it.

It took German thieves 9 minutes to make an alarm-free heist of $1.65 million worth of antique gold coins from a museum. The Ocean’s 11 crew must be feeling outdone. As police details reveal, the thieves struck the Celtic and Roman Museum in Manching after cutting off the communications less than a mile from the location. The comms-cutting affected the entire city, highlighting the scope of the heist.

The targeted loot were apparently 483 Celtic coins along with some unrefined ancient gold discovered in the area in 1999. The entire operation occurred between 1:26 AM and 1:35 AM, leaving everyone, including security cameras, dazed. Markus Blume, Bavaria’s minister of science and arts, said that the museum was secure enough to warrant the suspicion that this was the effort of professional thieves. I’ll say! This whole theft reads more like a treatment for a Hollywood heist movie than an actual event.

The hoard itself was an important local treasure, detailing the history of the town from the time of Celtic settlers in the area around 100 B.C.

Guido Limmer, the deputy head of Bavaria’s State Criminal Police Office, said that there is an international manhunt in collaboration with both Interpol and Europol. Of particular note is that the case is being linked to the 2015 theft of a 100-kilo gold coin in Berlin, which we reported on, as well as the infamous $1 billion jewel heist in Dresden.

How many things can you think of that are over two thousand years old, and still worth the time and effort of professional thieves to shut down cellular service to an entire city to facilitate a break-in and robbery?