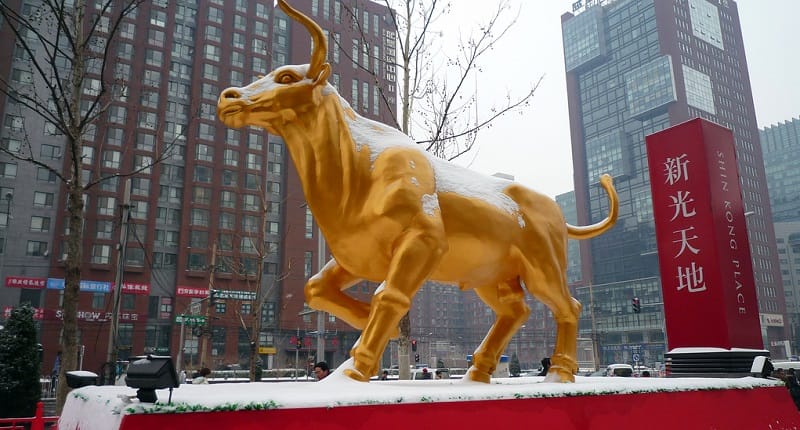 Once a week, Your News to Know brings you newsworthy stories and critical reads on the gold market and the economy. Stories this week include China’s insatiable demand for gold continues, Turkey’s citizens are hoarding gold as protection against their currency, and a 2015 outlook for silver.

The gold imports of China in November coming from Hong Kong have risen to their highest level since February, according to a recent Reuters report. This situation indicates a strong demand in China – the No.1 bullion consumer in the world – right ahead of China’s Lunar New Year.

“Because of bullion’s lower prices, consumer demand remains strong,” a trader dealing with one of the fifteen importing banks in mainland China said. “There is also demand for the leasing of gold as well as an investment demand owing to the end of the year.”

In November, the price of gold was $1,131.85 per ounce, a 4 1/2 year low, which is partly due to the dollar’s strength. Gold has attracted buyers of physical products as it is still below $1,200, though it has been recovering just slightly. The strong imports may also be due in part to the fact that at this time of the year, Chinese typically buy gold to give as a gift or for good fortune.

The Hong Kong Census and Statistics Department emailed data to Reuters saying that in November, China’s net gold imports from Hong Kong rose to 99.1 tonnes from just 77.6 tonnes in October.

If including stocks that are re-exported to Hong Kong, total imports actually rose to 149.2 tonnes in November, up from 111.4 tonnes in October. These gold figures are just proxies for the gold flows to China, as the country does not publish official data on gold.

Why are Turks Storing Gold Under Their Mattresses?

Turks love hiding gold either under a mattress or under a pillow, as they are confident in the long-term stability of gold as a means to protect their savings.

“I do not understand some modern investment vehicles such as Forex and stocks. My family has a tradition of buying gold as a safe investment, and they have told me to do so,” said Selda Kirpinar, a 36-year-old man who loves storing away his gold right at home.

In fact, Turks are the third largest buyers of gold in the world, behind Chinese and Indians. Turkey imported $16 billion in gold in 2013, according to the central bank.

Since 2005, Firdevs Karagöz has bought around 200 gold coins in order to save some money, and she is just a housewife from Erzurum.

Turks are seeking some sort of security against the declining value of their Turkish Lira, so they buy physical gold instead of buying shares of the precious metal, also known as “paper gold”.

Since high interest rates are making borrowing money expensive as the economy slows down, Turkey’s government as well as banks are trying to convince Turks to either put gold in the bank or sell it. Therefore, the government has just designed a plan to accomplish just that. Banks will soon host “golden days,” where customers get free evaluations of their precious metals holdings.

Investors of silver have seen its value diminish around 20% in 2014, as prices fell from $20 per ounce to $16. Unlike gold – down only 2.5% in 2014 – silver has experienced a larger fall in value this year. In November, the metal fell to $15.28, down from its peak in July, according to the London Bullion Market Association.

So what is silver’s outlook for 2015? Lawrence Williams explains why there’s a mismatch between the fundamentals and actual price.

First, the amount of silver coins bought by Indians and Chinese has soared over the year. And second, the supply of silver may be in a deficit for 2015. Both of these facts contradict the metal’s recent performance, much of which may be chalked up to the volume of silver that’s traded on the futures market.

Ted Butler, a silver analyst, proposed a theory to explain why silver has been traded so much while declining in value over time. He says that JP Morgan may be artificially driving down the price of silver on the futures market while buying up tons of physical silver, thus reaping large profits.

These types of games and manipulations on the futures market can only be played for so long; whether it’s in 2015 or beyond, eventually the real supply and demand of physical silver will dictate the price of silver in the future.

Are you following us on Facebook? Like our page there to stay up to date with the latest news about the gold market.