China Now Has a Gold Fix Denominated in Yuan

This week, China finally launched its own gold fix that’s denominated in its currency. How will this impact the future of the yellow metal? 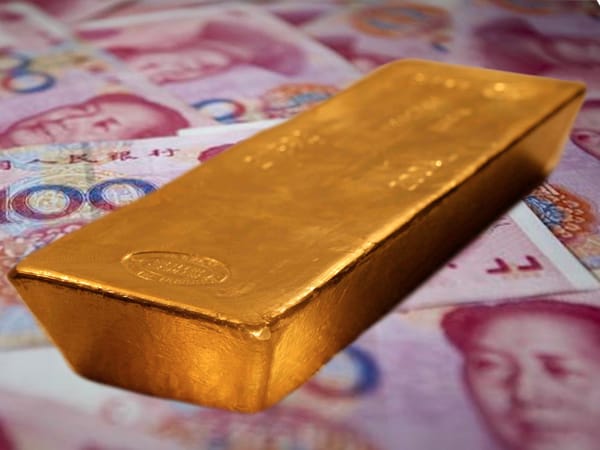 This week, Your News to Know gathers the most important news stories from the world of finance and the gold market. Stories include: China launches its gold fix, funds are betting that gold’s rally isn’t over yet, and silver hits 11-month high.

After months of speculation, Asia Times brings confirmation: China has finally launched its own gold fix denominated in the country’s currency, the yuan.

According to experts, China – whose mainland gold demand in 2015 totaled 984.5 tons – hopes the move will improve price flow in local markets. “China needs a gold benchmark that reflects local market flows and reduces gold’s price dependency on the US dollar,” said Roland Wang, managing director of industry group for the World Gold Council in China. “An Asian-focused, yuan-denominated benchmark will significantly increase the liquidity and efficiency of the gold price.”

Analysts also see the fix as a way to promote the yuan as an international currency. Jiang Shu, chief analyst at Shandong Gold Financial Holdings Capital Management, told Bloomberg News that “having more sway in the gold market befits the long-term strategy of expanding the yuan’s role as a global currency.”

The Shanghai Gold Exchange’s (SGE) price for 99.99% gold was set at 256.92 yuan or $39.71 per gram, which was slightly higher than the international price at the time. Jiao Jinpu, head of the SGE, confirmed that the fix is meant to promote “internationalization” and added that the exchange is looking to create similar yuan-based benchmarks for silver, platinum and palladium as well.

Gold has had a great year so far, and is off to its best start to a year since at least 1975. Yet Newsmax reports that money managers are bracing for even more gains; funds increased their wagers on a price rally to the highest levels since 2012, reminiscent of the time when gold hit its peak. The site reports that holdings have almost doubled from two months ago, even though the rally has paused in recent weeks.

Some of the factors facilitating gold’s rise include the Fed’s reluctance to raise interest rates further amid risks as well as low borrowing costs that allow the metal to compete against interest-bearing assets. This shaky economic picture is spurring safe-haven demand and causing investors to snap up bullion.

“There’s a lot of fundamental uncertainty out there, and of course gold has long-term stability,” said Josh Crumb, chief strategy officer at GoldMoney who helps oversee $1.7 billion. “The upside is still greater than the downside.”

Gold isn’t the only precious metal to benefit from low interest rates; silver has also rallied this year, with fund managers’ net-long positions being at their highest level since at least 2006.

Much has been said about gold’s recent price rally, but as reported on CNN Money, silver’s quiet rally has perhaps been even more impressive. On Tuesday, silver shot up 4.5% to its highest level in 11 months, marking a 22% overall gain and becoming one of the year’s best investments.

The price of silver might only be a fraction of gold’s, but that doesn’t make the rally any less impressive. Adding weight to the rally is the fact that stock market indexes have largely recovered from their losses; this could mean that fear buyers are coming from other parts of the world like Japan and Europe, both of which are dealing with negative interest rates and deflation concerns.

“Uncertainty on monetary policy and interest rates has spurred interest back into precious metals,” said Andrew Chanin, CEO of PureFunds whose ISE Junior Silver ETF is up 130% this year. “We’re seeing what looks like strong demand from the coin side as well.” On the topic of physical metals, Philip Diehl, former head of the United States Mint and current president of U.S. Money Reserve, noted that “the more pessimistic you are about the world, the more gold you should have.”

China could be another driver of demand – with its economy stabilizing, the nation is expected to show increased demand for silver.

The simplest reason for the rally, however, might be that silver was underpriced: The closely-watched gold-to-silver ratio, which in recent years has been about 60 to 1, was recently seen going as far out of proportion as 80 to 1. “The silver price looked very cheap,” said Dan Denbow, manager of the USAA Precious Metals and Minerals Fund. The recent spike is definitely helping to correct this disproportion in what CNN Money’s Heather Long calls “the silver catch up rally.”

Russia has also been increasing their gold hoard. They are now the world’s biggest buyer. Read about it here.