Home » Blog » China Has Propped Up Global Markets Since December – Is This About To End?

China Has Propped Up Global Markets Since December – Is This About To End? 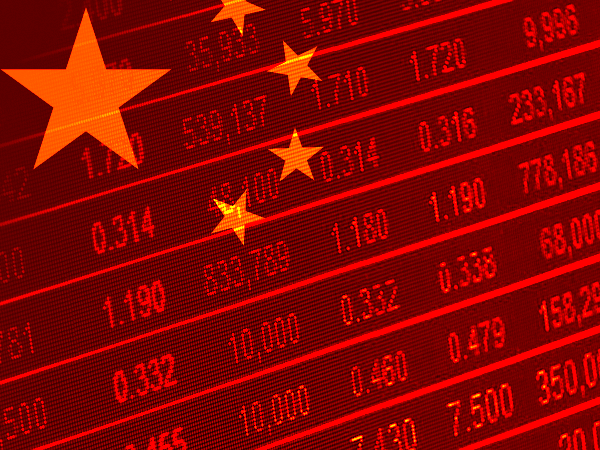 Global stock markets and some treasury markets have become a rather spectacular farce over the past ten years, so much so that there are many people in the investment world that actually believe the long running bull market rally will “never end”. My view of stock markets has always been the same – they are an economic placebo; a psychological crutch that is exploited by central banks and governments to dupe the public into thinking our financial system is stable, even while the rest of the economy is in steep decline.

Stock markets are one false indicator, among a few (such as rigged GDP numbers, rigged inflation, as well as rigged unemployment stats), which keep the masses in the dark… at least, for a while. In every bubble in modern history, there comes a moment in time when central banks are either forced to let the fraud collapse, or, they deliberately allow the fraud to collapse. Banks and countries can only fake a recovery for so long, and very often, global elitists gain political and social advantages by simply letting the system crash for a time.

Central banks started out working in tandem in 2009 to bring about a reversal of the global debt and derivatives crisis. The calculated and close cooperation in policy initiatives between central banks that were supposed to be politically and economically opposed to each other proved what many of us had long suspected; that global economic management was indeed real, and that the likely source was the Bank for International Settlements (BIS). This fact had been exposed by journalists before, and even openly admitted to on occasion by banking moguls, but to see it in action was something else entirely.

After the Federal Reserve began the taper of QE, other central banks around the world started picking up some of the slack. Obviously, the Fed had the world reserve currency at its disposal, making it the premier market manipulator, but as it backed away from this role (and it is backing away despite what some in the alternative media believe), the EU, Japanese and Chinese central banks have continued to stimulate and keep markets afloat.

This all came to an abrupt stop in December of last year. Markets were greeted with the unsettling prospect that the Fed was not going to back off of its policy tightening, and that interest rates were going to meet the Fed’s neutral rate of inflation. They were also greeted with the reality that the Fed was going to continue cutting its balance sheet at an accelerated pace, thus removing liquidity from markets now addicted to artificial stimulus and dollar flow. This was going to eventually kill the primary source of the stock rally, which was corporate stock buybacks; a legal form of market manipulation fueled by easy debt from central banks.

The party was ending, and stocks began to tank.

But, as with every other market crash of the past century, massive bounces are inevitable. The farce was not quite over yet. While the Fed added a few calming words to its rhetoric, its tightening policies did not change. If there was a “plunge protection team”, the Fed was not a part of it. Plunge protection came from a rather surprising source the past four months, namely China.

The global stock plunge pulled a 180 degree turnaround in January of this year at the same moment China announced reinvigorated stimulus measures. This stimulus was also initiated at the same time as talk of a “trade deal” began to hit the mainstream media, giving hope that the long trade war was about to end instead of becoming worse. Global markets loved the move by China, and rallied around their QE measures, which have continued unabated into the second quarter of 2019.

I would also note that anytime there has been discussion in the mainstream of China backing away from its stimulus policy, stocks suffered a negative reaction. The reality is, when China stops its current burst of QE, stock markets have nothing left to hang onto in terms of optimism or liquidity. And, in the past couple of weeks it has become clear that China is likely to cut off the fun-money soon.

At the end of April, Chinese banking officials hinted that accommodation would be restricted, perhaps by the end of May. This makes sense, as the stimulus boosted Chinese stats, but has recently been producing diminishing returns. Another factor, the obvious elephant in the room, is the renewed hostilities in the trade war.

I have been warning for months that the trade war between China and the U.S. is Kabuki theater, an elaborate distraction by governments and central banks designed to keep the masses occupied. It is also a perfect scapegoat for the current crash in economic fundamentals (which I covered in detail recently), as well as the eventual crash in stocks. When the “Everything Bubble” fully implodes, central bankers, the engineers of the bubble, must have an adequate scapegoat in place so that they do not take the blame. The effects will be global, and ugly. The banks prefer not to be seen as the villains, but as our saviors, heroically leaping to our rescue after we have sufficiently suffered an economic breakdown.

The reason for China’s intervention in markets could be explained a number of ways. First, people might say that China was protecting itself, and its stimulus had the unintended effect of boosting the stock markets of other countries, even the U.S. I’m not buying that. Central banks know full well how each policy measure will help or harm markets.

Another explanation is that China offered to step in to calm market sentiment as a sign of good faith during trade negotiations with the U.S. But, if that is the case, then you would think that the Trump Administration, which has chained itself directly to the performance of U.S. stocks, would be less inclined to aggravate the situation by launching 25% tariffs on hundreds of billions of dollars in Chinese goods.

My position, as the evidence supports, is that because China is so closely tied to the IMF and BIS, just as the U.S. is tied to the IMF and BIS, it was simply China’s turn to prop up markets until those who are in favor of globalism decided it was time to pull the plug again. The trade war itself remains a coordinated theater. It is not real and is not meant to be “won”. It is meant to go on, and any “deal” that happens to be constructed will be highly temporary and designed to eventually fail.

The trade war only serves one purpose: To keep central banks and those that run them in the clear as the current crash continues. This is why the trend of conservatives jumping on the trade war band wagon is dangerous. I, for one, would not recommend anyone attach themselves to this theater in the expectation that Trump and the U.S. will come out on top. Either no one wins this, or China wins this, and conservatives are being set up for an epic fall should they rally around a trade war in which there is no plan or intention for victory.

For now, the details on China’s response to the trade crisis are unclear. China is continuing forward with a planned meeting in the U.S., but this too may simply be a grand show with little substance. I suspect that the most affecting changed to the financial environment will remain most unannounced. I predict China will cut off stimulus measures entirely, and that the investment world will not be very happy about it.

The timing of these events is interesting, if not highly coincidental. The Fed just dumped almost $40 billion in the week before Trump suddenly announced a huge leap in trade hostilities. This once again supports my theory that the trade war is an engineered theater to distract from central bank activities. Also, in the same week Powell and others at the Fed have made decidedly “hawkish” statements compared to their rhetoric since January. The week before all of this, China hinted that their own stimulus measures were about to be tapered. And, as I write this, a U.S. naval battle group is heading to Iran as a “show of force”, as rumors spread that Iran plans to “strike U.S. interests” in the Gulf and John Bolton threatens “unrelenting force”.

The situation is not stable, to say the least. And without a high level of stimulus coming from a major central bank somewhere in the world, the Everything Bubble has nothing left to cling to.