Why China and India Will Trigger a New Gold Rush 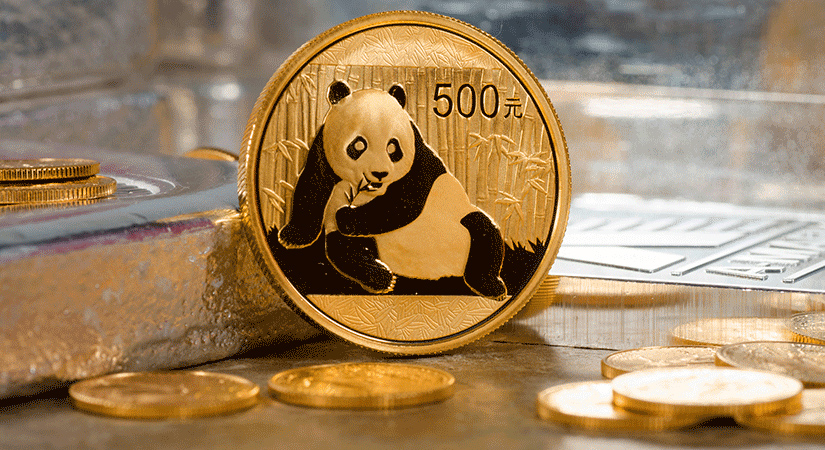 Gold to surge above $2,000 next year over Fed policy reversal

Jake Klein, executive chairman of Australia’s Evolution Mining, believes gold will take a somewhat slow and steady approach toward a $2,000/oz price. While some are forecasting that gold will explode past this level this year, Klein expects a little time to be needed for Federal Reserve policy reversals to have their effect on the metal.

What has long been speculated now appears to be materializing to an extent. The latest Fed meeting may have hinted towards an easier monetary policy, whether that means a tempering or altogether cessation of interest rate hikes. While Fed officials did reiterate the dangers of high inflation, they also mentioned not wanting to slump the economy with excessive tightening.

Klein says that a high inflation rate is going to be something the markets will become used to. Needless to say, with gold being the premier inflation hedge, this bodes exceedingly well for the metal’s prospects. Troy Gayeski, an asset manager with FS Chiron Capital Allocation Fund, feels that aggressive easing is on the table. Though there might still be a pullback in the gold market beforehand, Gayeski told Bloomberg that easing will most likely spur his fund to increase their exposure to gold.

Gayeski took particular note of gold trading around and often holding above $1,800 despite what one might call historic (however temporary) strength in the U.S. dollar. Like other analysts, he finds gold’s resilience in the face of extreme tightening bullish, and says it will translate very well to gold’s next upward price run.

Fortunately for Americans, there’s still a little time left to make the most of the dollar’s transitory strength. Other countries have already seen their currencies wane, and their citizens are taking the appropriate steps…

India, along with China, is known as one of the two largest sources of gold demand. According to latest reports, however, market watchers might soon realize that gold isn’t the only precious metal in favor with Indian investors. Imports of silver to the world’s largest democracy are on track to triple compared to a year ago, partly due to silver prices recently reaching a two-year low.

Chirag Thakkar, CEO of Amrapali Group Gujarat, one of the country’s main silver importers, said investment demand has played an important role in India’s incredible surge in silver imports. Thakkar noted some investors are betting on silver outperforming gold in the short term:

Thakkar projects that Indian imports of silver could jump to an all-time record high of 8,200 tons this year.

There is no shortage of data to support this forecast. The Ministry of Commerce and Industry said that imports in the first seven months reached 5,100 tons, an astonishing 4,536% increase year over year. The CEO said that imports are rising as fast as they are because heightened demand colliding meeting a general inventory depletion in the nation.

A Mumbai-based silver dealer who spoke to Reuters also highlighted the country’s industrial demand as perhaps an equally strong driver of imports:

Electronics, solar panel manufacturing have been increasing because of the government incentives. These industries are consuming more and more silver along with the auto industry.

India has its own take on the global green energy bid, offering production incentives for manufacturers of electronics and solar panels, both of which make heavy use of silver. The dealer also took note of premiums over spot price surging fairly sharply, with banks and retailers charging significantly over global prices. “Last year gold was trading in premium and silver in discount. Now exactly the opposite is happening,” he explained.

India might be beginning to appreciate silver as a “poor man’s gold,” but it seems that China is sticking to the real thing. The appetite for lockdowns on behalf of the Chinese government is legendary, with the Asian nation having persisted while most other countries significantly eased their restrictions.

Any easing in China appears to have an immediate and strong effect on gold demand, and the latest report was no different. In July, China imported 80 tons of gold, double June’s imports and eight times May’s import levels.

July’s numbers are a five-year high, with the gold coming into the nation being refined in Switzerland. Another reason for such a large increase in imports likely has to do with local premiums, as sellers are charging $7/oz over global prices. If nothing else, such premiums over spot price should remind us of the difference between physical and paper gold.

Although premiums in other Asian nations sometimes climbed to $2 over global prices, traders noted that volume and activity has been somewhat mild. One trader from Japan attributed this to the summer holiday season, stating that retail investors will likely make the most of any dips in gold’s price (the smart ones, at least!) The trader said that gold could start picking up the pace as soon as next week.

If this Asian gold market veteran is correct, we have a very limited window to make the most of transitory dollar strength and buy the most gold for our investing dollars…