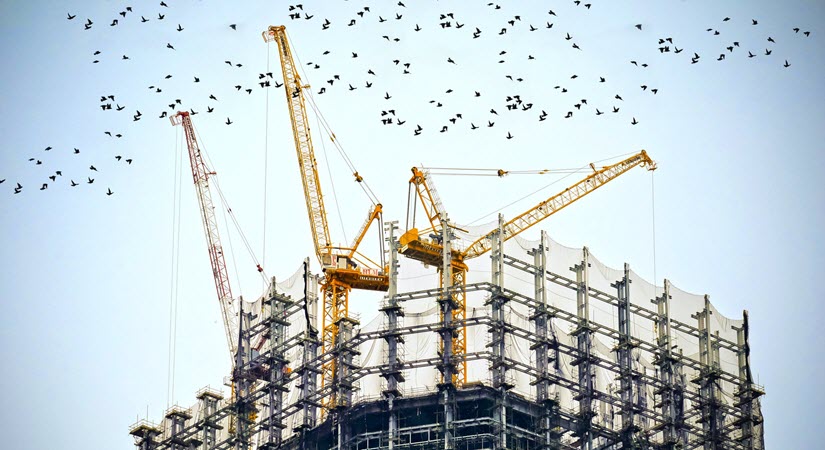 This week, Your News to Know rounds up the latest top stories involving gold and the overall economy. Stories include: An inside look into China’s Evergrande crisis, gold surges as the narrative around it shifts, and how to prepare for the stock market crash that everyone knows is coming.

Arkadiusz Sieron analyzes China’s Evergrande crisis and its support for gold prices. Right now, the nation’s largest real estate developer has officially defaulted on its debt. With over $300 billion in liabilities, Evergrande is the world’s most indebted property developer. The situation has already caused some localized turmoil in China. A number of other developers are either in default or desperately struggling to postpone their debt payments, and more than half of all China’s property developers’ bonds are junk-rated, according to S&P.

Sieron doesn’t expect to see a repeat of 2007-2009 over Evergrande alone, based on the nature of the company. He doesn’t take this to be China’s “Lehman Brothers moment.” That doesn’t make the Evergrande case any less important, or indeed, any less threatening to the global economy.

China’s economic expansion and, more specifically, its private wealth is very closely tied to the real estate sector. Real estate is nearly 30% of the nation’s GDP. And, like Evergrande itself, the sector is unhealthy. Daniel Lacalle notes that China pursued growth at all costs, which gave way to “ghost cities, unused infrastructure, and wild construction.”

In the short-term, investing in infrastructure like this produces economic benefits. Workers from a hundred different specialty fields, from architects to painters, are paid to work. Mountains of steel, concrete, glass and copper are transformed into girders, buildings, windows and wiring. The finished product requires an unthinkable number of miscellaneous manufactured goods (light switches, carpet, tiles, pipes, doorknobs, window blinds) all available from local factories. A company or a nation with money to burn can burn it right at home, and heat up the economy a bit.

The problem with building uninhabited cities, untrafficked superhighways and empty airports is fairly simple: They cost money to create, but don’t offer any return on the investment. In other words, once that money is burned up, the heat is gone.

Unfortunately, the majority of China’s property development and infrastrutcure spending have failed to pay back their costs. Wang quotes a University of Oxford study that found a mere 28%, about a quarter, of China’s infrastructure projects have been “genuinely economically productive.”

That same 2016 study mentioned above concluded:

Experts estimate that a 20% fall in real estate activity could translate to a 5%-10% reduction of China’s GDP, which, lest we forget, is the world’s second-largest.

Given China’s clout on the global stage, it will affect both imports and exports. We tend to think of China as an exporter only, which doesn’t match facts. China imports half a billion dollars of electronics equipment alone each year, and spends about $2 trillion annually on imports.

Sieron expects that any initial rush to safety will pick the U.S. dollar over of gold (so long as the former holds up.) Should the greenback’s recent inflation surge continue, or should America’s economy begin to feel the effects of China’s contraction, gold will take its historic crown as the safe haven of choice for those seeking shelter from an economic crisis.

MKS PAMP Group: Gold stands ahead of crypto even as inflation fears mount

According to MKS PAMP GROUP head of metals strategy Nicky Shiels, U.S. inflation at a 30-year high seems to have shifted sentiment in favor of gold. For a few months, markets were tolerant of 5%+ inflation reports, perhaps relying on their “transitory” nature. October’s CPI report, 6.2% year-over-year, seems to have changed some minds. Gold’s price jumped in response.

Part of why Shiels’ firm is so bullish on gold is that its inflation trade in general is just starting. A more-dovish-than-expected Federal Reserve tapering announcement raises inflation concerns even more, and gold in lockstep. Specifically, “more dovish than expected” refers to Fed Chair Jerome Powell’s statement that any hawkish moves would only follow an influx of positive data.

Gold, compared to many other alternative assets such as cryptocurrencies, remains a very affordable inflation hedge. Shiels calls it cheap, under-appreciated and considerably less volatile than today’s crypto market. Shiels sees a short-term high of $1,900 for gold.

We may see that, and more, in the months ahead, with 10-year Treasurys and even 30-year Treasury Inflation-Protected Securities losing money after inflation. Continued high inflation would likely start its own bullish cycle in gold (as well as other commodities).

Finance author Robert Kiyosaki has been cautioning that the U.S. stock market is due for a massive crash, one that will bring about an inflationary depression. Kiyosaki expected equities to start plummeting in October, yet the market continued to barrel onwards by posting new highs. For Kiyosaki, like many others, this is only postponing the inevitable reckoning and ensuring the coming crash will be even worse.

Besides bitcoin, which Kiyosaki praises due to its fixed supply and lack of correlation, physical gold and silver are the only investments he likes in the current environment. Gold should not be dismissed in favor of crypto, nor is crypto a substitute for gold, he cautioned. Gold has a battle-tested track record of holding its ground in the toughest of times.

The 2008 crisis, which saw the U.S. stock market collapse along with many other things, brought gold’s price up by more than 60% within just two years. Kiyosaki views silver as similar, and believes that it could be the asset with the least risk and most upside right now.

Silver is well below its inflation-adjusted all-time high of $126 in the early 80s. Kiyosaki believes silver is in bargain territory, especially in relation to gold. And, unlike the more expensive metal whose primary use is an investment vehicle, silver’s numerous industrial uses have seen it become a necessity in multiple rapidly-growing industries, such as solar panels and EVs.