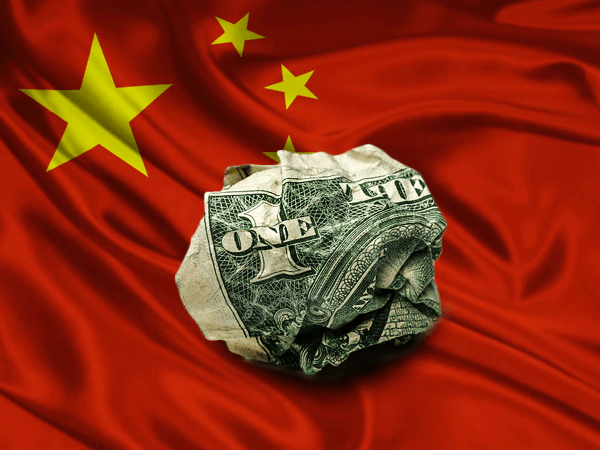 If you leave your sliding glass door open, you might let in a stray cat, raccoon, or bugs without knowing it.

Some intruders are worse than others. All can be annoying. But let in a thief, who robs your home… and it only takes that one time to change your life forever.

The U.S. has essentially left their “sliding glass door” open, and on March 26 China is set to become the intruder that may very well deal a death blow to the dollar.

On March 26 China will finally launch a yuan-dominated oil futures contract. Over the last decade there have been a number of “false-starts,” but this time the contract has gotten approval from China’s State Council.

With that approval, the “petroyuan” will become real and China will set out to challenge the “petrodollar” for dominance. Adam Levinson, managing partner and chief investment officer at hedge fund manager Graticule Asset Management Asia (GAMA), already warned last year that China launching a yuan-denominated oil futures contract will shock those investors who have not been paying attention.

This could be a death blow for an already weakening U.S. dollar, and the rise of the yuan as the dominant world currency.

But this isn’t just some slow, news day “fad” that will fizzle in a few days.

A Warning for Investors Since 2015

Back in 2015, the first of a number of strikes against the petrodollar was dealt by China. Gazprom Neft, the third-largest oil producer in Russia, decided to move away from the dollar and towards the yuan and other Asian currencies.

Iran followed suit the same year, using the yuan with a host of other foreign currencies in trade, including Iranian oil.

During the same year China also developed its Silk Road, while the yuan was beginning to establish more dominance in the European markets.

But the U.S. petrodollar still had a fighting chance in 2015 because China’s oil imports were all over the place. Back then, Nick Cunningham of OilPrice.com wrote…

That problem has since gone away, signaling China’s rise to oil dominance…

The Slippery Slope to the Petroyuan Begins Here

The petrodollar is backed by Treasuries, so it can help fuel U.S. deficit spending. Take that away, and the U.S. is in trouble. 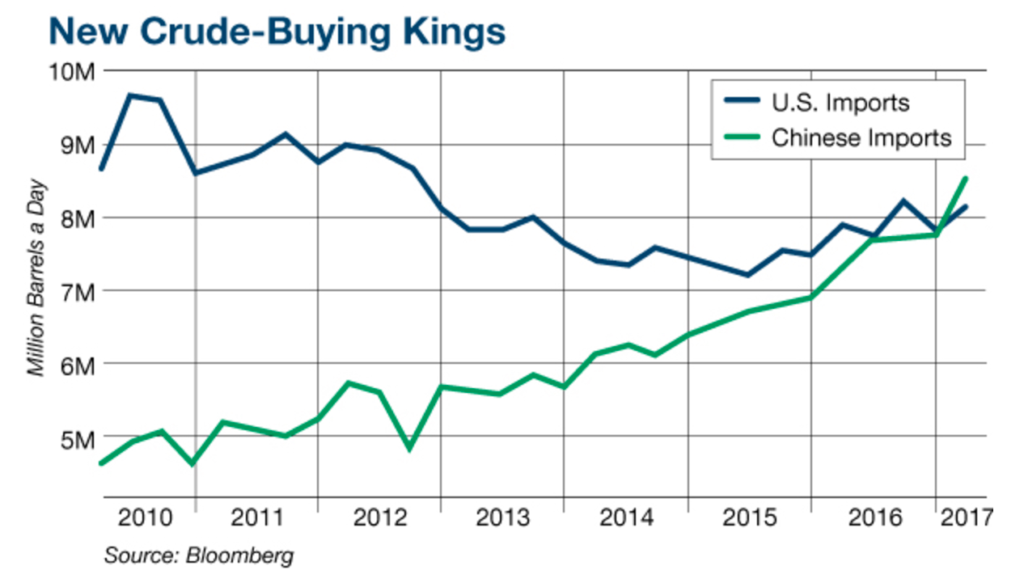 Now that China is the world’s leading consumer of oil, Beijing can exert some real leverage over Saudi Arabia to pay for crude in yuan. It’s suspected that this is what’s motivating Chinese officials to make a full-fledged effort to renegotiate their trade deal.

So fast-forward to now, and the final blow to the petrodollar could happen starting on March 26. We hinted at this possibility back in September 2017…

With major oil exporters finally having a viable way to circumvent the petrodollar system, the U.S. economy could soon encounter severely troubled waters.

Once the oil markets are upended, the yuan has an opportunity to become the dominant world currency overall. This will further weaken the dollar.

The Petrodollar’s Downfall Could be a Lift for Gold

Amongst all the trouble ahead for the dollar, there are some good news too. The U.S. might have ditched the gold standard in the 1970’s, but with gold making a return to world headlines… we could see a resurgence.

For the first time since our nation abandoned the gold standard decades ago, physical gold is being reintroduced to the global monetary system in a major way. That alone is incredibly good news for gold owners.

A reintroduction of gold to the global economy could result in a notable rise in gold prices. It’s safe to assume exporters are more likely to choose a gold-backed financial instrument over one created out of thin air any day of the week.

Soon after, we could see more and more nations jump on the bandwagon, resulting in a substantial rise in gold prices.