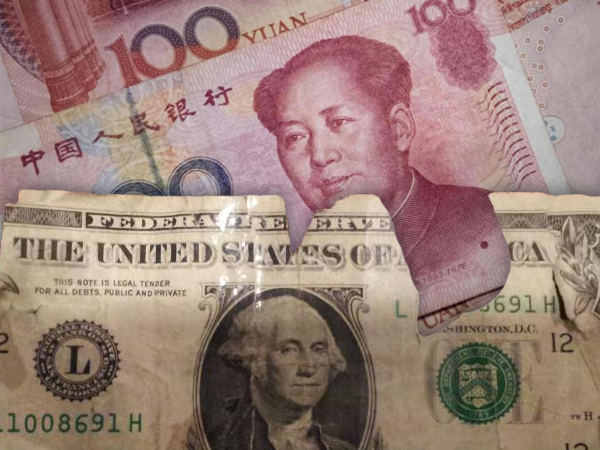 Since 2015, we have been reporting about China’s new gold-backed petroyuan and its imminent unveiling on the world stage. In fact, earlier this month we wrote:

On March 26 China will finally launch a yuan-dominated oil futures contract. Over the last decade there have been a number of “false-starts,” but this time the contract has gotten approval from China’s State Council.

So did China actually follow through? The answer is yes.

The new petroyuan futures contracts began trading the morning of Monday, March 26 in China, which was the evening of Sunday, March 25 in the U.S.

There was a flurry of trading activity just in the first hour alone. As ZeroHedge reported, “Well over 23,000 contracts have traded within the first hour for a notional trading volume of over 10 billion yuan – more than $1.5 billion notional… signaling significant demand.”

This Is Bad News for the Petrodollar

Up until this week, it was possible to believe that the petroyuan would never come to fruition. Or, if it did, that it would not gain traction with other countries.

But it’s obvious from the initial trading activity that there is actually quite a lot of demand for the petroyuan. This shouldn’t be too surprising. After all, Russia and China have already bypassed the U.S. dollar and are trading oil directly in Chinese currency.

Now that the yuan is backed by gold and petroyuan futures contracts are trading in the open market, other countries will have no problem switching from the dollar to the yuan to purchase oil. And unfortunately, there is very little the U.S. can do about it.

The U.S. Has Lost Its Leverage

At this point, the U.S. doesn’t have much leverage to force other countries to continue using the dollar to buy and sell oil. This is because of at least three factors:

The timing is no accident: Because “fracking” and other technology have turbocharged U.S. oil production, China surpassed the United States last year as the world’s biggest importer of crude.

Hong Kong’s respected newspaper, the South China Morning Post, recognizes the significance. It quotes Shao Yu, an economist at Orient Securities, as saying, “The contracts, denominated in yuan, can technically help China gain pricing power and internationalize the yuan, if a mature market with strong trading activities by global investors is set up.”

Granted, that won’t happen tomorrow or next week. But the pieces are in place. Last fall, Jim Rickards called it the first step toward “a new international monetary order that does not involve dollars.” Russia and Iran will be especially interested in such an arrangement in the face of U.S. sanctions.

Since China has surpassed the U.S. as the biggest importer of crude oil, they now have the leverage to dictate their own terms. And their terms require that they be able to purchase oil with their own currency.

Can the U.S. retaliate? Not really. It’s one thing to bomb Iraq for attempting to abandon the petrodollar; it’s another to bomb China for the same reason. Any retaliation — financial or otherwise — would only further damage the U.S. and its interests. This means China is essentially free to negotiate deals with other countries without fear of reprisals.

Now that China is the world’s leading consumer of oil, Beijing can exert some real leverage over Saudi Arabia to pay for crude in yuan. It’s suspected that this is what’s motivating Chinese officials to make a full-fledged effort to renegotiate their trade deal.

At this point, it’s a foregone conclusion that the petroyuan will grow to dominate the oil trade, ending the United States’ financial world dominance. As the 5-Minute Forecast concluded:

For more than 40 years, Washington has ruled the global monetary roost by propping up Middle East dictators in exchange for those dictators pricing their oil in dollars. That system is slowly coming to an end. Economic and financial shock waves are sure to follow.

So What Happens Now?

The gold-backed petroyuan may be good news for China and neighboring countries, but it’s bad news for the U.S. As ZeroHedge notes, “The petrodollar is backed by Treasuries, so it can help fuel U.S. deficit spending. Take that away, and the U.S. is in trouble.”

In other words, U.S. deficit spending will not be sustainable without the petrodollar. This could mean some serious financial pain as the U.S. is forced to dramatically reduce government spending over the next few years.

At the same time, this has created an intriguing opportunity for gold owners as the metal is finally being reintroduced to the global monetary system via the petroyuan. This change is expected to increase both awareness and demand for gold – offering a promising future for the yellow metal.