In spite of its recent economic woes, China continues to break gold holding records. What does it mean for the future of the yellow metal? 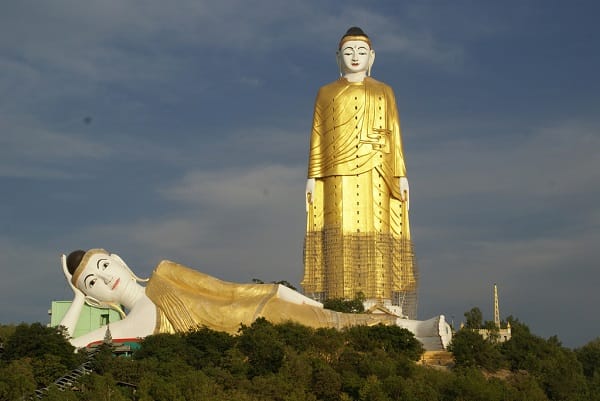 This week, Your News to Know gathers the most important news stories involving finance and the gold market. Stories include: Chinese central bank buys 19 tons of gold in December, Frank Holmes explains how gold got its groove back, and over 6 pounds of gold were discovered under an airplane seat.

In a recent article on his blog, Lawrence Williams points out that China comes off as a contradiction. On one hand, its plummeting stock market – with the Shanghai Composite Index going down by another 7% a few days ago – is in such dire condition that it’s dragging down other stock markets around the globe. There’s also the fact that the yuan has been weakening against the dollar, although this could be another example of controlled devaluation.

Yet for all these economic difficulties, the People’s Bank of China isn’t showing any signs of slowing down with its gold purchases: Official reports show that China purchased another 19 tons of gold bullion, bringing its total reserves to a formidable 1,762 tons.

As impressive as this number is, it might only represent a fraction of what China’s real reserves are: Since there is no auditing process to determine a nation’s gold reserves, each country can essentially report whatever it wants. Because of this – and because of China’s well-known affection for gold – many have speculated that the monthly acquisitions are bigger than reported, and that the actual reserves are much larger.

Indeed, China’s high opinion of gold is visible on multiple fronts. Shanghai Gold Exchange (SGE) withdrawals in 2015 set a massive new record of 2,555 tons (not to mention that the number is likely closer to 2,600 as the last SGE report came on December 25). However, more than that, China is looking to overtake New York and London as gold’s price setter, potentially making way for prices that are much more influenced by physical gold.

Williams notes that the possibility of China’s reserves being three to four times larger than official figures is an example of the country’s attempts to control the metal’s price; a revelation of much-larger reserves would probably send gold’s price soaring and therefore make future acquisitions more difficult. Since China considers gold to be a key element in the future world currency and economic power scenario, Williams believes it’s in their best interest to keep the price low for the time being.

Going back to speculation closer to present day, Williams feels that China and Russia’s recent actions are indicative of central banks around the world continuing to amass gold throughout 2016.

Frank Holmes tells us how gold got its groove back

Up until the New Year, gold sentiment appeared poor and the fact that the metal had three negative years in a row made optimism difficult, even for gold bulls. But now, gold has climbed to $1,100 – its highest level in nine weeks – riding mainly on a weaker U.S. dollar and worldwide hostilities.

Frank Holmes believes that this recent rally exemplifies gold’s unwavering appeal as a safe-haven asset among investors: A struggling Chinese stock market, North Korea’s possible H-bomb detonation and tensions between Saudi Arabia and Iran have been raising concerns around the globe, making it natural for investors to flock to safety.

Coincidentally, ‘around the globe’ is a good way to describe where demand for physical gold is coming from: Around 90% of physical demand comes from emerging-market nations like China and India. This helps us understand why the gold price in dollars isn’t the end-all-be-all – Holmes points out that the metal is up in numerous countries around the world, like Russia, Peru, South Africa, Canada, Mexico, Brazil and many others.

In his analysis on Forbes, Holmes also tries to explain why interest rates don’t necessarily have an impact on gold past changing sentiment, which is a key concern in the wake of December’s hike. Holmes argues that all that rising nominal rates do is make gold less attractive as an investment since other assets will yield better returns. Because of what Holmes refers to as the ‘Fear Trade’, real interest rates are a much larger driver of gold’s price.

While gold struggled in the past three years because other assets were more attractive, global market turbulence could very well change this: the World Gold Council echoes Frank’s advice in saying that people should maintain up to 10% of their portfolio in gold, considering it “particularly relevant” as a diversifier due to gold’s low correlation with other assets.

Going further, Holmes stresses that people should always keep gold as part of their portfolio in both good and bad times, and quotes influential investor Ray Dalio to convey the yellow metal’s importance: “If you don’t own gold, you know neither history nor economics.”

Brittany Jones-Cooper of Yahoo Travel reports that customs official in Hyderabad, India recently hit the jackpot when they discovered 6.8 pounds of gold hidden under the seat of an airplane at the Rajiv Gandhi International Airport. The value of the stash was estimated at about $112,291.

This is the fifth gold-smuggling tip that officials have received in the last six weeks. Because of this, investigators believe that the smuggling efforts are part of a racket. “In flights, there would be a hollow pipe which supports the three seats. The window side of the pipe is usually open and gold biscuits are kept inside that for the next passenger to locate and retrieve,” an official told The New Indian Express. The official also suggested that aviation personnel are playing a part in the smuggling, adding that “without airport officials’ assistance it is not possible to smuggle out anything.”

The possibility of these discoveries being part of a racket is hardly a stretch: Gold smuggling in India is rampant due to heavy import taxes. Since just December, customs seized 22 pounds of gold across several Air India flights.

Because gold inside the AI-952 was found abandoned, no arrests have been made.