For years, China hasn’t updated its official holdings of gold. But now they’re about to – and the numbers they reveal could be staggering. 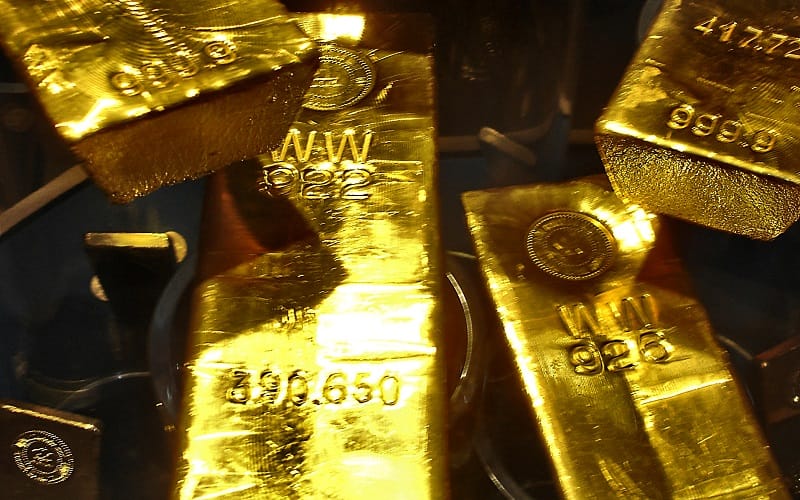 Once again, Your News to Know brings you the latest weekly roundup of relevant news about gold and the overall economy. Stories this week include: China might update its official disclosure of gold holdings soon, Indian gold imports could rise 89% by the end of April, and Russia continues its gold-buying trend.

Will the mystery of China’s gold holdings soon be revealed?

For several years, gold watchers around the globe have been curious about the exact amount of gold stored in China’s central bank, with many very candidly expressing doubt in the 1,054 tonnes of gold that China has officially reported for the last six years. In fact, recent analysis performed by Bloomberg Intelligence suggests that the country might be holding about three times as much – up to 3,510 tonnes. What’s more, official statements by the central bank’s deputy governor, Yi Gang, claim that only two percent of China’s foreign-exchange holdings are in gold.

But a new report from Bloomberg says that China might soon be updating its disclosed holdings, which would be the first time they have done so since 2009.

Until China makes its reporting more transparent, there is no way to know for sure what figures are most accurate. However, other data from third parties might paint a clearer picture, especially given that China is the largest gold producer and the second-largest spender in the world. Many believe that China will look to turn towards gold in an attempt to rival the U.S. in terms of global trade – Bloomberg Intelligence analyst Kenneth Hoffman said that “gold has always been, through the history of China, a way to project power.”

Of China’s efforts to promote the renminbi, TD Commodities’ head of commodity strategy Bart Melek stated, “If you want to set yourself up as a reserve currency, you may want to have assets on your balance sheet other than other fiat currencies.” He further added, “Gold is certainly viewed as a viable store of value for an up-and-coming global power.”

Melek also noted that should Chinese gold holdings indeed be larger than previously reported, it will go a long way towards highlighting the precious metal’s importance as a safe-haven asset, and would likely mean positive things for the gold market.

Indian gold imports may rise by 89% over last year

The loosening of restrictions imposed by India’s central bank and the recent lower levels of gold prices on the international market might lead to an 89% increase in gold imports, the Economic Times reports. Last April, the country’s gold imports amounted to 53 tonnes – a figure that might go past 100 tons by the end of this month.

“Till now we have imported nearly 100 tonnes of gold. So we are expecting the total imports to be a little over 100 tonnes,” said Manish Jain, chairman of the All India Gems and Jewellery Trade Federation (GJF). That said, figures on this level would still be less than those from March, when India imported 159.5 tons of gold.

As one of the world’s top consumers of gold, the south Asian nation hardly needed additional incentive to import the yellow metal. However, the central bank recently lifted its 80:20 restriction, which forced traders to export 20% of any gold they import, stating that the country’s account deficit was now in a good place. While a 10% duty on gold imports remains in place, the fact that the Reserve Bank of India is ending its 80:20 policy will likely prove to be potent enough of an incentive to increase current levels of imports of gold into India.

Despite recent international sanctions on Russia, the nation does not appear to be slowing down on stockpiling its reserves of gold. After a dormant January and February, the nation purchased 30 tonnes of gold in March, bringing its total reserve to almost 40 million ounces.

Even by Russian standards, this is a somewhat staggering amount to purchase; the country usually buys around 10 tonnes per month. The fact that Russia is buying large amounts of gold in the face of economic difficulties is viewed as a bullish sign for gold by several analysts.

“It’s interesting that Russia is still buying because its economy has taken a knock from Western sanctions and from lower oil prices,” Mitsui & Co. Precious Metals analyst David Jollie told Bloomberg. “This sends a very bullish signal to the gold market.” Matthew Turner, an analyst at Macquarie Bank, also went on record, saying, “That the Russians increased their holdings is a relief for gold bulls.”

Thanks to Russia’s attempts to diversify their foreign reserves and solve ruble liquidity problems, its reserves are at their highest levels since at least 1993. Deputy prime minister Arkady Dvorkovich remained optimistic regarding the recent economic difficulties and the relative collapse of the ruble, stating that Russian economy is slowly recovering.