Home » Blog » China Has a Strategic Game Plan, Will Likely Continue to Devalue Their Currency and Crumble Markets

China Has a Strategic Game Plan, Will Likely Continue to Devalue Their Currency and Crumble Markets

As China pushes to solidify their status as a global superpower, they may disastrously disrupt global markets. How will this affect you? 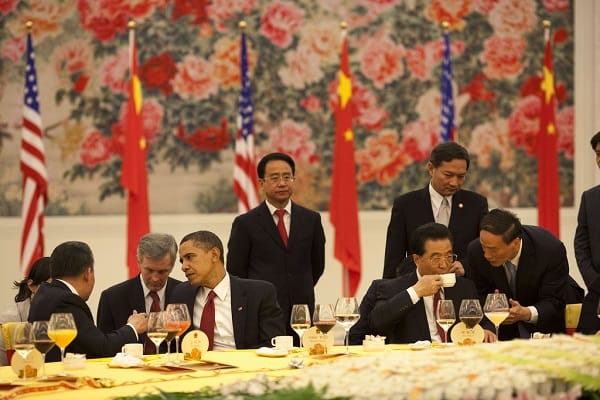 We have written earlier about the consequences of the Chinese offshore component of their currency, the yuan, being included in the International Monetary Fund’s (IMF) Special Drawing Rights, or SDR.

The SDR is essentially a basket of global reserve currencies that the IMF uses to help balance the current accounts of the global financial system. The Chinese want desperately to have the yuan included along with the US Dollar, sterling, euro, etc. Primarily, the effect of the yuan’s inclusion will be psychological, as China will be finally seen as a global player in the world’s economy.

China has been spending a lot of its foreign currency reserves to prop up the yuan in the last year. Massive amounts of U.S. treasuries have been sold in the bond market to fund this effort.

The Chinese can’t do this forever and desperately need to devalue their currency in order to make their exports more competitive. For appearance reasons, they don’t want to do this until inclusion in the SDR is assured. The decision by the IMF could come in the early part of 2016.

Bloomberg reports on comments from Bank of America’s head of global rates, David Woo: “After the SDR they no longer have the incentive to prop up the renminbi,” he said Friday in an interview in Taipei. “A December hike by the Fed would give the Chinese a perfect excuse to let the renminbi go because they can make a strong case that they need to decouple their monetary policy from that of the U.S.”

What will happen if the IMF delays consideration of designating the Chinese currency as a global reserve currency for another five years? China will have to wait until the next period when the SDR basket can be changed, and then they may very well get aggressive. This could mean a massive devaluation of the yuan through artificial means, which could cause panic in financial markets.

“The Chinese leadership is not going to wait another five years for the West to deign to accept them. And they will not be so keen to be such a responsible global citizen. Because out of the major economies, the only currency that’s seriously overvalued is the yuan, and that’s the only one that hasn’t engaged in any major effective devaluation. […] If the yuan is not accepted in the SDR, they will go for a one-off large devaluation and that would then be … a financial crisis, specifically, a real-economy crisis with the resulting impact on the … markets.”

Domestically, although it would help China’s exporters, such a devaluation would have a stunning effect on China’s middle class, substantially reducing their net worth.

The average person in China has already experienced a serious financial setback with the equity market crash over the summer.

Internationally, a devaluation would significantly increase demand for other reserve currencies, artificially propping up the dollar and others.

This could have a real negative impact on global growth as the developed world’s products would instantly become so much more expensive, especially against Chinese goods.

The counter to this scenario, of course, is if the yuan is included in the SDR. If this were to occur, China would likely still let the yuan devalue in a more controlled manner.

But in either case, China, the world’s second largest economy, could precipitate more stress in the global economy.

All of these developments create uncertainty in the international financial system, which all trading markets hate. All the more reason to make sure your savings are diversified among all asset classes, including commodities and precious metals. This may significantly reduce the downdraft of your savings if another financial crisis hits, which at this point is a likely recurrence.

When you’re ready to take the first steps to shield your finances, we will be here to help.

China has also been creating a massive gold fund. Is this just another calculated attempt to establish global dominance? Read further here.