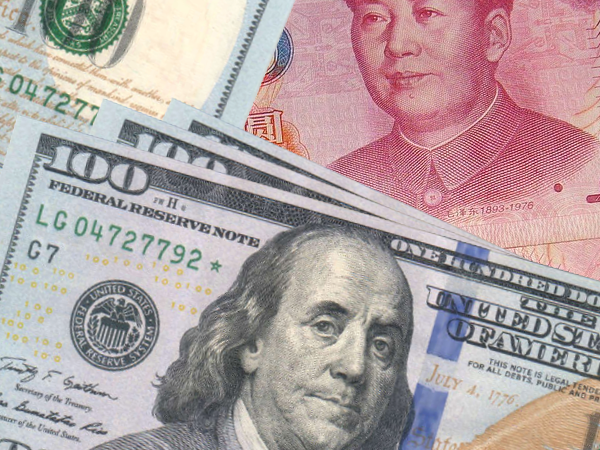 The trade war between the U.S. and China has escalated once again. Except this time, China signaled its intention to weaponize the yuan to combat tariffs issued by POTUS.

According to a Forbes piece that detailed this signal, the stakes have been raised:

Yesterday China significantly raised the stakes in the trade war – basically warning that it’s willing to “weaponize” its currency by allowing the yuan to trade above the “magic line” of 7 yuan to the dollar. China also took the major step of suspending agricultural purchases and indicated that it’s prepared for a long protracted clash.

The currency war has gotten more tightly integrated with the trade war since last year. This signal from China could potentially have two primary effects that would impact retirees:

The Dow responded on Monday with a 767-point drop, which according to MarketWatch was the “biggest one-day sell off in percentage terms since December 24, 2018.”

This followed last week’s nosedive of more than 500 points once POTUS announced additional tariffs of 10% on the remaining $300 billion in Chinese goods would be added in September.

So any investors who were trying to put off thinking about the trade war, perhaps in hopes of some sort of resolution, can’t put it off any longer:

‘The escalation of U.S.-China trade war puts us in a place where it’s almost impossible to calculate the collateral damage,’ Hogan said. That’s likely to continue to cast a cloud over the market unless there are signs of a de-escalation.

At the global level, the effect of this signal appears to be already developing, with three Asian central banks reacting to counter a “worsening global economy”:

Indeed, the three Asian central banks delivered surprise interest-rate decisions on Wednesday as central bankers not only took aggressive action to counter a worsening global economy, but are now frontrunning each other – and the Fed – in doing so.

So the “collateral damage” seems to be underway at the Dow and global level, but this escalation may have ripple effects that could impact the individual retiree.

Why Retirees May Feel the “Sting” of this Latest Escalation

With China signaling it will play “hardball,” and POTUS committing to a 10% tariff set to roll in September, this trade war may be escalating to the point of hitting you directly in the pocketbook.

To begin with, an article at the New York Times explained how this round of escalating tariffs is different from previous ones (emphasis ours):

Earlier rounds of tariffs mostly focused on industrial goods, but the 10 percent levy announced Thursday is directed squarely at consumer items like clothes, toys and footwear.

So consumer items imported from China could end up being more expensive. And if China does end up weaponizing the yuan in response, that may signal they are willing to wait until the next election cycle, which could trigger ripple effects.

We’ve covered before how rising inflation could reduce your retirement income, and we’ve covered how inflation may run hot. It’s not a good deal for retirees.

If other countries start to devalue their currencies, that puts your buying power and the cost of borrowing money into question.

Now that China has signaled it wants to play hard ball, it’s more important than ever to guard your savings before things spiral out of control.

The trade war “roller coaster” appears to be speeding up, and things can only get more chaotic from here on out for retirees. If you’re unprepared, your portfolio could suffer the consequences. For example, if you have bonds in your retirement portfolio, billionaire investor Ray Dalio thinks you could get hit especially hard as the ripple effects from the trade war play out long-term.

Don’t let the trade war put your retirement at risk. Take control by diversifying into tangible assets that are known for preserving purchasing power and act as a hedge during times of uncertainty. Assets such as physical gold and silver.

Reduce the risk of taking a hit to your savings so you don’t have to suffer the consequences of the trade war.