Home » Blog » Is China Trying to Shape the Gold Market?

Is China Trying to Shape the Gold Market?

As it takes a more active role in the global gold market, China’s influence on the yellow metal’s future cannot be denied. Here’s what it could mean. 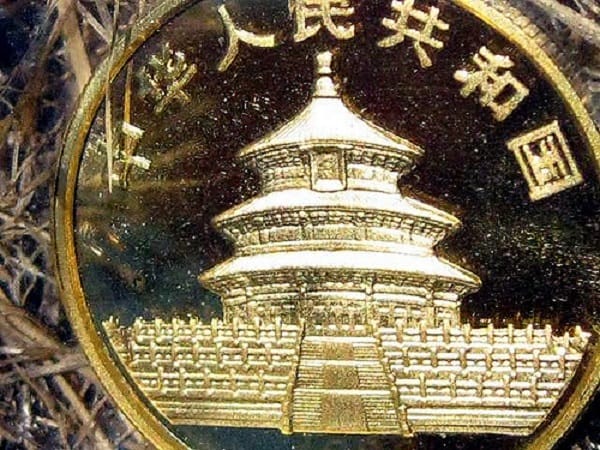 With the recent launch of its yuan gold fix, China is making waves in precious metals markets.

Traditionally, gold fixing was done at the London Bullion Market Association (LBMA). But finding themselves on the outside looking in, with gold prices dictated solely by the west, China has decided to start its own benchmark.

In case you missed that, this is gold denominated in yuan… not dollars!

No longer will gold be measured only in dollars per ounce; now, it will also have a fix based on yuan per gram.

This follows in line with the world’s growing trend to move away from the U.S. dollar as a unit of universal trade, and as the globe’s premier currency.

Meanwhile, the Chinese currency is spreading its wings around the world.

Late last year, the International Monetary Fund (IMF) included the yuan in its Special Drawing Rights (SDR) basket of currencies. There was little doubt this would occur, as the yuan is now one of world’s largest traded currencies. The U.S. dollar is still the go-to currency — at least for now — but the trend away from it is undeniable.

China is seizing the opportunity to fill the void that the decline of the dollar is leaving, and in turn to create a larger gap.

The new gold fix will allow China to have more say in the pricing of the metal and also further increase the influence of the yuan in international trade, especially relative to the dollar. It also increases liquidity in the precious metal, especially on an international level, which further promotes its role as money.

But this isn’t all that China has been up to in recent weeks. The People’s Bank of China and the Bank of Russia — the central banks of the world’s two largest gold buying nations — are looking into creating a joint gold trading platform. That should tell you something about where this is all headed.

There is also growing speculation that China will one day back the yuan with gold — either fully or partially. Should this occur, it would set the yuan apart from the other currencies of the world as the only currency to be backed by anything of value… that is, other than false promises and military might! Not to mention, this would likely cause the value of gold in other currencies to skyrocket.

As world-renowned economist and author James Rickards believes, when this system implodes, those holding the gold will write the new rules and reign supreme.

Whether you agree with this or not, I’ll leave you with a thought to ponder: If China is buying and hoarding physical gold to levels we’ve never seen before and now they control the price of it to a large extent… do you think they want the price of gold to go up or down?

The answer is logical. And, it poses this question for you: Why wait any longer? Why not scoop up the yellow metal now?

The Chinese understand that gold can help to maintain the value of your savings. So shouldn’t you take the steps to protect your own?

With the price of gold increasing so far in 2016 — up over 16% in the first quarter — this may be your best last chance to start shielding your retirement. Request a free information kit on gold and silver here.

A British exit from the European Union will likely cause gold to rally, but why? Read more here.