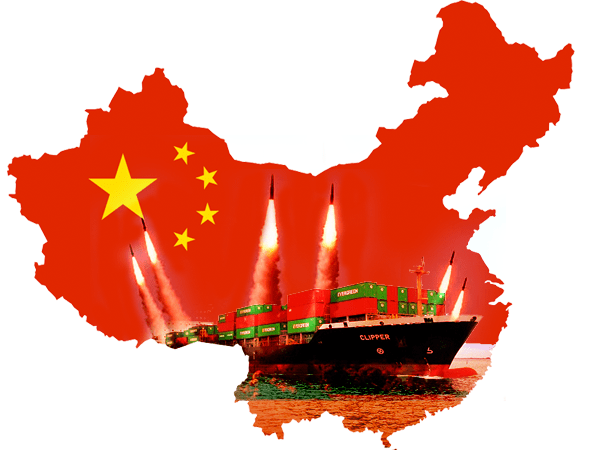 The United States has been interested in economic relations with China since 1784, shortly after the American War for Independence.

At first, this interest was purely economic, because the British refused to deal with the U.S. (for obvious reasons). So the Americans bought Chinese goods, and the Chinese bought from the Americans.

And for most of U.S. history, things were good. But in 1949, with the rise of Mao and communist China, tensions rose.

Fast-forward to today’s relationship, as described by The Heritage Foundation:

Today, the United States and the People’s Republic of China are like the European great powers of a century ago. They trade with each other, but do not trust each other. They have the largest economies in the world, and they have a financial and trading relationship that shapes the global economy. But at the same time, they have different, and often opposing, views on many national security and foreign policy issues.

This lack of trust in their trading relationship mainly stems from China’s views on communism, their endorsement of certain people, and security issues.

Now it looks like that trading relationship is heating up dramatically…

China recently announced tariffs on 106 U.S. products like soy, cars, and some chemicals. As Sam Meredith explains on CNBC.com, this came 24 hours after the U.S. slapped tariffs on a list of Chinese imports in a $50 billion crackdown on unfair trade practices:

The effective start date for the new charges is not announced, though China’s Ministry of Commerce says the tariffs are designed to target up to $50 billion of U.S. products annually. The 25 percent levy on U.S. imports includes products such as soybeans, cars and whiskey.

This announcement caused a 450-point drop in the Dow Jones.

In retaliation, the Trump Administration then doubled down on its initial tariffs, imposing another $100 billion in tariffs on Chinese goods.

This tit-for-tat doubling down came shortly after Trump tried to calm fears of an escalating trade war, explaining it was part of a negotiation. He did allude to the fact China’s tariffs would harm agriculture in the U.S., saying:

Rather than remedy its misconduct, China has chosen to harm our farmers and manufacturers.

The Administration has likely kicked the hornets’ nest, and some form of trade war is imminent.

But that said, China is in a unique position, and could win this war in one devastating blow – by cutting off U.S. access to rare earth materials.

Even though these are called “rare” earths, they aren’t actually rare. But they are critical to the production of specific types of technology in the U.S., including mobile. Jeff Spross writes in The Week:

These are elements like dysprosium, neodymium, gadolinium, and ytterbium. They aren’t actually rare, but they do play crucial roles in everything from smartphones to electric car motors, hard drives, wind turbines, military radar, smart bombs, laser guidance, and more. They’re also quite difficult to mine and process.

In the face of escalating trade tensions with China, here’s a key issue for the U.S.: We practically depend on China for the usable form of these metals.

So, in one blow, China could cut off supply chain materials that the U.S. uses for consumer and military technology. Between 2009 and 2014, it cut Japan off entirely, and caused a worldwide incident. Spross notes:

… it also shows China is willing to use its advantage in rare earth metals to play hardball if it’s pushed far enough. And that’s one of the main reasons observers are nervous.

China backed off in Japan’s case. But the question remains…

What if China doesn’t back off in this recent exchange with the U.S.?

If China cuts off rare earth materials, disaster could ensue in the U.S. Rare earths are messy, hard to clean up, and China is the main supplier for the entire world, not just the U.S.

If they cut the U.S. off, you can imagine a country where inflation on computers, wind turbines, smartphones, and military tech soars.

This could have ripple effects and send inflation soaring across the board.

And the U.S. couldn’t easily recover from a hit like this. Starting to mine rare earths is challenging, and is largely a bust in the West.

The infrastructure required is also complex to say the least. So you could say China has somewhat cornered the market on these necessary materials.

Plus, this is 2018. Imagine if smartphone manufacturers couldn’t continue to pump out product at the pace they are used to? Stocks would likely fall, jobs would be lost, and spending would plummet.

And that doesn’t factor in the numerous other categories of products and the resulting ripple effects from each of those (especially military tech).

This would add up to a huge economic hit on the U.S. markets.

All of this comes on top of a litany of other issues for the U.S. economy, including the out-of-control debt, the deficit, a weakening dollar, and big companies like Toys R’ Us and an unprecedented list of others closing up shop…

It’s time to consider your options.

Your Own Golden Parachute

Since inflation is already on the rise, and the dollar is weakening… the benefits of owning gold are no longer speculative.

So it’s time to consider building your own “golden parachute” before this trade war with China heats up any further.

Who knows what Xi Jinping or his economic team will do next? Even though the leverage is tentatively in the U.S. favor, it feels like we’ve cornered a Tiger here.

If this “cornered Tiger” comes out swinging, and Xi Jinping uses the “nuclear option,” the results could be a disaster.

Don’t let that disaster decide your financial future, preserve your purchasing power with physical precious metals while there is still time.