As China heads into a recession, demand for gold in the nation is booming. How might this affect international prices? 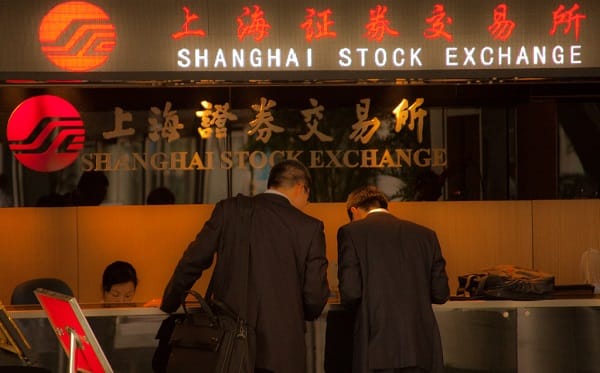 This week, Your News to Know rounds up the most important news stories regarding gold and the economy. Stories include: Gold stands to benefit from the Chinese stock market crash, demand for physical gold in India holding up despite government restrictions and China moves towards an annual record in gold withdrawals.

Precious metals – the only beneficiary of China’s stock market collapse?

Crises such as the collapse of a stock market are usually ‘dealt with’ through the use of liberal monetary conditions, and the Chinese government is no stranger to these – in 2009, their response to the global financial crisis was a stimulus package equaling half of China’s GDP. ArabianMoney’s Peter Cooper believes that China will once again employ a form of money printing as a response to the recent crash of their stock market.

Cooper points out that China’s monetary policy in 2009 created a bubble that burst after just six years. Central banks are well-aware that they must keep banks alive, but at what cost? As Cooper puts it: “Bad debts still have to be purged and businesses go bankrupt and people get ruined in the process.” For China, this translates to something that the country has not had to deal with in decades – a recession.

Already, China is experiencing the effects of the stock market bubble bursting. Commodities like oil are plummeting, with a slowdown of any and all imports seemingly unavoidable. Tourism will be yet another affected area. As local prices increase, western tourists won’t find trips to China nearly as appealing anymore. Money printing will be the go-to way of boosting the economy, but it will only lead to inflation.

And who stands to be the sole benefactor of China’s financial struggles? “Investors in gold and silver will get very rich – as prices will soar as Chinese inflation takes off – but it will be very hard for anybody else,” Cooper believes. He points to the global economic crisis a few years ago, which caused gold and silver prices to soar. Indeed, Cooper believes that global stock markets are similarly over-inflated and will follow in China’s lead, creating a contagion that could delay an interest rate hike for years.

The Indian government is trying to make paper gold more appealing by imposing more restrictions on physical gold, but the people are having none of it – jewelers are finding ways to bypass the restrictions and continue trading in India’s top commodity.

Reuters’ Rajendra Jadhav reports that a new rule by the Narendra Modi government – one that forces customers who buy over $1,580 worth of gold to have a ‘tax code’ Permanent Account Number (PAN) card – has been met with negative reception. “No jeweller will refuse to sell just because the customer doesn’t have a PAN card. He will find a way to ensure the customer leaves the store with jewellery,” said trader Bachhraj Bamalwa, with others agreeing that the new law is “unworkable“.

Part of why the government is trying to control the trade of physical gold is its use as a ‘black money’ storage – a Reuters poll surveying dozens of dealers concluded that a quarter of India’s annual 900-ton demand is used to hide illegally-obtained income. Because of these numbers, several government schemes to promote paper gold – as well as gold deposits – have proven ineffective. “It is easier to hide unaccounted money in gold compared to other asset classes like property or shares. Such people are unlikely to switch to gold bonds,“ said MNC Bullion director Prakash Rathod.

Another reason why physical gold remains popular in India is tradition – two-thirds of India’s demand for the yellow metal come from rural areas. These people place little faith in modern methods of storage, and statistics show it – out of 160 million new bank accounts opened under Modi, half remain idle.

Despite the PAN rule not yet being enforced, traders are already finding ways around it through the use of small invoices or informal receipts – not surprising, considering that out of 1.25 billion people in the country, only 140 million own PAN cards. This situation is reminiscent of another unsuccessful attempt to curb physical gold flow in India by raising import taxes – the plan lead to 175 tons of gold being smuggled to the country in 2014 alone.

China headed towards an annual record in gold withdrawals

China’s gold flow in 2015 has somewhat ignored tradition, which usually dictates that gold flows slower during the summer before picking up around September. Instead, demand has been steady year-round, suggesting that China is looking at a new full-year record, beating the 2,197 tons from 2013.

Williams also reminds us that SGE withdrawals tend to be more representative of overall gold demand than analysts’ assessments – the latter excludes several sources of gold flow from its figures, such as financial sector transactions. Regardless of the numbers being looked at, Chinese gold demand seems to be higher than ever; considering second half withdrawal figures tend to overshadow those from the first half of 2015, it will be interesting to see how things progress.