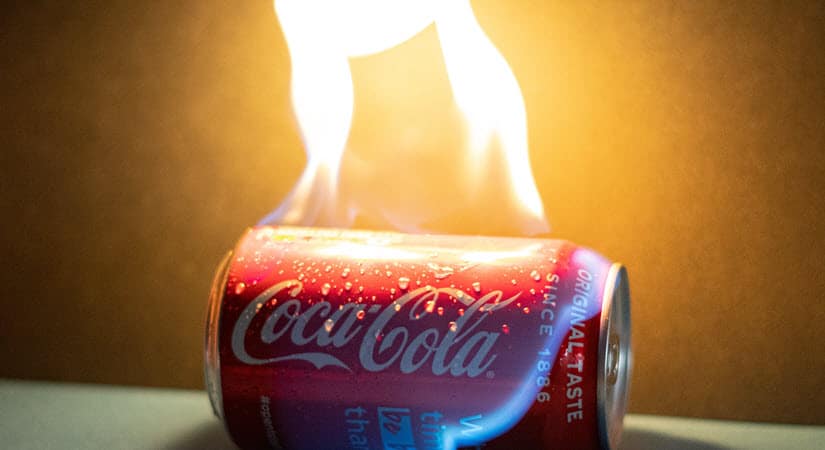 The official U.S. inflation rate remained at its 13-year high of 5.4% in July 2021. That’s an ugly number even considering it’s the Fed’s “lowest lowball inflation gauge.” You may have noticed a trend… Inflation started rising in June 2020 on the heels of the first wave of stimmies, and surged since January 2021, when Biden took office.

This is the same rising inflationary trend that Federal Reserve Chairman Powell claimed would be “transitory,” merely “a blip.” Well, recently the White House “shifted messaging” on inflation and won’t use the t-word any longer (although this change in words doesn’t reflect any change in the thinking behind them).

Honest answers are hard to find. Here’s what we know:

This creates real problems for anyone who makes or spends dollars. Especially for some of the most economically vulnerable Americans.

In the past we’ve covered the Social Security trust’s struggle to get a return on investment. That’s bad enough.

But the program itself is also in jeopardy. Current predictions are the trust funds will run out by 2035. According to a memo uncovered by Saletta: “the COVID-19 pandemic probably knocked another year off the trust funds’ lifespan.”

If that prediction holds, Americans planning to retire in the next 13 years, plus the millions already depending on Social Security payments, may be in trouble. Even worse, it’s possible this particular forecast is too generous, as one forecast has the fund depleting by 2028. That’s only seven years away.

And if that weren’t enough, Saletta points out the next cost-of-living adjustment (COLA) will pose an additional challenge:

Social Security indexes benefit to inflation, and current projections suggest that benefit increases may even top 6% in 2022. That will probably put even more pressure on Social Security’s already stressed trust funds.

If the 6% bump happens, of course it will be helpful. But as we’ve covered numerous times before, thanks to inflation it’s more an an illusion than an actual benefit.

It’s fairly common to think of any increase in income as a raise. After all, you’re getting a larger number of dollars than you did before. The Social Security COLA is no different.

But maybe it’s time to think differently? As a Forbes article explains:

These adjustments to Social Security benefits are merely meant to keep benefits in line with inflation, and workers themselves will expect pay increases that match inflation to be owed to them, and deem a raise at CPI level to be no real “raise” at all.

The Social Security Administration calculates its COLA at a certain time of year based on official CPI at that time. But that doesn’t account for your personal rate of inflation, or even maintaining a basic standard of living.

Printing more money to fill the trust’s accounts with cash will simply drive inflation higher. There doesn’t seem to be any way to solve this problem, and certainly not in time.

Once again, it’s up to us, as individuals, to take charge and provide for our own futures.

Trust in yourself, not Social Security

Maybe the Social Security program will be saved through an unprecedented act of partisan cooperation and fiscal discipline. Maybe it’ll even happen before the eleventh hour. The Race to Save Social Security is far more likely to be a made-for-TV movie than a real-world solution.

Instead of hoping for a deus ex machina to save the day, it’s wise to turn our thoughts to what we can control. Take a moment to assess your retirement savings. Make sure you’ve educated yourself on inflation-resistant investments. Consider whether you need a safe-haven investment like physical precious metals, especially gold and silver. Both have been exceptional hedges against inflation. Gold has a centuries-long track record as a reliable store of value.

If a gallon of milk soars to $10, or the corner gas station starts charging $8/gallon, you’ll want at least some of your savings in a non-paper, physical, tangible form. The right investments can reliably help you maintain the lifestyle you’ve worked so hard for, even as the dollar’s buying power is burned away by inflation.