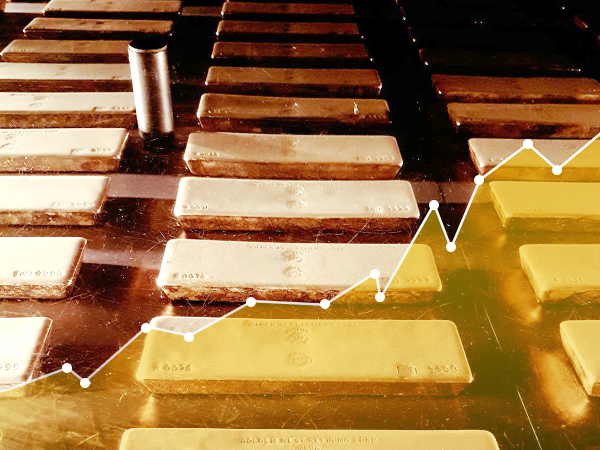 This week, Your News to Know rounds up the latest top stories involving gold and the overall economy. Stories include: Domestic political tensions are pouring over into the gold market, expert sees road for gold prices to reach $30,000 within three decades, and the role of gold in the debt trap of the global economy.

An increase in political tensions in Washington in the past week has exacerbated the geopolitical and economic turmoil that has recently engulfed the global markets. This international turmoil includes the ongoing trade dispute between the U.S. and China, which has recently escalated, as Washington has placed tariffs on $300 billion more of Chinese goods. Beijing threatened to respond in kind with U.S. exports while also devaluing the yuan to new levels.

As the Federal Reserve jumped at the prospect of successive interest rate cuts to offset the effects, other banks followed suit and global growth contracted. Howie Lee, an economist at Oversea-Chinese Banking Corp, expects this sole factor to be sufficient to potentially push gold prices to $1,600 in the short term.

Besides weakening growth, gold has also benefitted from a general erosion of trust in assets and currencies, as highlighted by the price spike following September’s disappointing report on U.S. consumer confidence. Stephen Innes, AxiTrader’s Asia-Pacific market strategist, sees this issue becoming exacerbated due to growing domestic political turmoil, as he expects the impeachment inquiry to pressure equities, bonds and possibly the dollar as well.

Yet with the Fed’s own gauge placing the risk of a U.S. recession occurring in the next few months at its highest point since 2008, there are certainly no lack of factors triggering the lack of consumer confidence. The likelihood of a domestic recession plays into fears that the global economy is headed towards another financial crisis, which have consistently supported gold prices in recent months.

In his latest piece on Forbes, contributor Frank Holmes shared some insights from his trip to the annual Denver Gold Forum (DGF), where key figures in the industry joined the world’s leading money managers and analysts to commemorate the event’s 30th occasion. Pierre Lassonde, a gold industry expert with decades of experience, spoke to Holmes about what he views as an opportunity for the metal to reach $30,000 within the next 30 years.

Lassonde’s conclusion comes after careful analysis of several factors that are propelling the gold market, with an exceedingly important driver coming in the form of central bank gold demand. Having attended the DGF from its onset, Lassonde reminisced how central bankers were net sellers 30 years ago. These same banks have turned to consistent buying since 2010, culminating in last year’s more than 650 tons of bullion bought from the official sector, which amounted to more than double of some optimistic forecasts made earlier in 2018.

Lassonde predicts physical gold to play an important part as countries scrounge up their havens, both on the private and official levels. The latest report by the Royal Bank of Canada (RBC) concurred, stating that the bank is bullish on gold due to the metal’s immense liquidity, acceptance and role as a store of wealth.

According to Lassonde, central banks will power gold’s move higher past just upsetting the supply and demand dynamics. Like other analysts, Lassonde noted that investors have begun to turn to gold to escape an environment of negative interest rates. Perhaps referencing Treasuries’ recent lackluster showings, Lassonde looked to the U.S. 30-year Treasury as a potential imminent signal. Should the 30-year U.S. bond fall into negative territory, as has already happened in Germany and France, Lassonde expects gold to leap to $5,000 not long after.

The role of gold in the global economy’s debt trap

A recent Kitco analysis shows how actions by central banks from around the world, starting with the Federal Reserve and encompassing all other nations, have led to a previously-unimaginable debt balloon. The analysis looks past the menacing figure of the roughly $250 trillion of global debt and into the inner workings of excessive borrowing. Ballooning debt has led to an environment of slow growth and low real interest rates.

The analysis refers to the situation as a debt trap: borrowers issue too much money at low or zero rates and make it impossible to subsequently raise rates in a feasible manner. With defaults, tax increases and cuts in spending being the only alternatives, the government simply resorts to borrowing more money.

As the analysis notes, any occurrence of high government debt is synonymous with stagnant growth. The environment also has all the ingredients for sustained gains in the gold market, including heightened crisis risk and a rise in general uncertainty, which limits public spending.

And while so much attention is paid to government debt, the issue of corporate debt has developed to its most alarming point on record. Due to its role in the financial crisis, it would be difficult not to acknowledge that companies are more leveraged now than they were leading up to 2008. Like with the official sector, this not only increases the chances of a crisis but also leaves leveraged individual companies exceptionally vulnerable to economic shock.

Unable to meet growth expectations and restricted when it comes to normalizing policies, the author expects central banks to eventually have to resort to one of the few options listed above. Of those options, only a default through currency depreciation may be a possible solution. Yet what is normally seen as the most acceptable scenario would already be enough to propel gold to new heights should the U.S. dollar or another top currency experience record inflation.