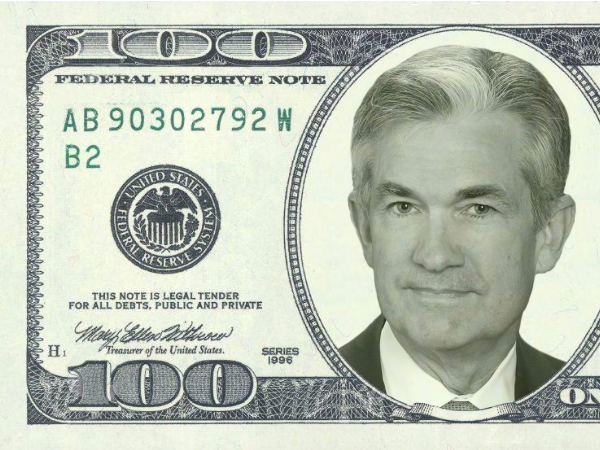 How many times can you “go to the well” before it runs dry? It sure seems like the Federal Reserve may be confused about the answer to that question.

Back in September, the Fed went into a crisis response, suddenly flooding the lending system with more than $100 billion in response to a spike in borrowing costs.

Later in the month, they opted to continue the purchase of hundreds of billions of dollars more in securities to maintain economic “order.”

Then, earlier this month, concerns the Fed was going to open the checkbook and keep increasing its balance sheet confused the market as to whether we were seeing a return of Quantitative Easing (QE).

That confusion may have been justified, but Chairman Powell assured the public this new “organic” QE wouldn’t be like the QE that was employed to try and pull the U.S. out of the last major recession.

Which brings us to today. Writing on Investment Research Dynamics, Dave Kranzler says, “The problems in the banking system targeted by the Fed’s money printing are likely getting worse by the day.”

So much so, that the New York Fed recently filed a statement that ended with the following proclamation:

The Desk will adjust the timing and amounts of reserve management Treasury bill purchases and repo operations as necessary to maintain an ample supply of reserve balances over time and based on money market conditions, consistent with the directive from the FOMC.

So the QE “money printing press” sure seems to be in full operation. How long it continues to operate remains to be seen, of course. But you can see how much the Fed’s balance sheet has already climbed at the far right of this chart:

Also notice how the previous pile of trillions in assets from the last recession had hardly been reduced prior to the Fed’s latest “liquidity spree.”

So that begs an important question… did the first rounds of QE actually fully heal the economy? Or were they just a band-aid?

Kranzler writes, “The legislation that was promoted to prevent a repeat of 2008 and protect the taxpayers was nothing more than window dressing.” Not encouraging.

Has the balance sheet “monster” that the Fed has created gotten too big to handle? Most of the answers rattling around don’t inspire confidence, especially if another recession were to hit.

Potential for Negative Rates and Hints of Confusion

Bullard tends to act “dovish,” according to CNBC, and argued for deeper rate cuts than the Fed opted for in September.

But any talk of negative rates, like those adopted in Europe and Japan since 2008, was met with confusion from Bullard as he wondered “how multi trillion-dollar U.S. money markets would adapt to such a policy.”

Who knows how things would have turned out if the Fed used negative policy rates ten years ago? And who knows if the Fed will keep cutting rates, and end up considering negative rates again?

If that seems confusing, Goldman Sachs expects Chairman Powell to make a key “tweak” at their upcoming FOMC meeting, scheduled for October 29 and 30 next week.

Removal of the key language that the Fed “will act as appropriate to sustain the expansion.”

So the Fed may continue with “organic” QE or walk the policy back to some degree. Either way, it sure seems like there is a lot of confusion clogging up the rumor mill.

Since the Fed Won’t Make Up Its Mind…

While the QE “roller coaster” sorts itself out, you can certainly hope for the best, but it’s always wise to prepare for the worst.

Moving some of your funds into assets like physical gold and silver can be a smart move to protect your retirement against the confusion that appears to be brewing.