Congress Tries Yet Another Way to Meddle With Your Social Security 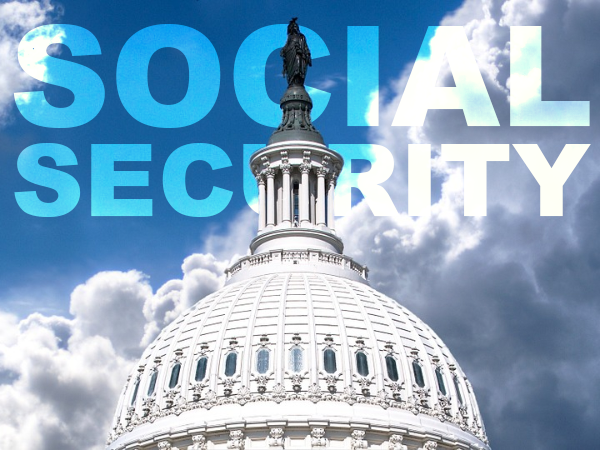 Unfortunately, this is usually the case when Congress tries to meddle with Social Security by piling on more legislation, or by trying to “fix” legislation that was already passed.

Here’s the latest development: The Windfall Elimination Provision (WEP), which was passed in 1983, is now the target of Congress’ prying eyes. This already-confusing legislation is summarized as follows:

The simple solution might have been, at one point in the past, to take Social Security taxes out of public sector employee checks. Just like private sector employees do. But for some reason, that didn’t happen.

So much for simple solutions. According to Motley Fool, “Lawmakers on both sides of the aisle are looking at ways to change the WEP. U.S. Reps. Kevin Brady (R-Texas) and Richard Neal (D-Mass.) have introduced separate bills that would make changes to the WEP formula.”

Both lawmakers have their own reasons for wanting changes, with the aim of those changes to make the confusing WEP legislation fairer.

But the same Fool article highlights an important point about “fairness,” and how it depends on perspective:

Private sector workers whose employers still offer pensions don’t get penalized when it comes to their Social Security. Nor are employees whose solely private sector careers are shorter made to suffer a penalty based on the progressive structure of the SSI benefit formula … the public employees affected by the WEP don’t pay Social Security payroll tax into the system throughout their entire careers.

With partisan politics involved, reaching any solution can be a challenging process, let alone reaching a good solution. Which begs the question…

The short answer is, Who knows?

The longer answer is, it depends on who you ask. The politicians who support a full repeal of the WEP gave one example of how much it can cost certain retirees who try to plan their retirement using Social Security statements (emphasis ours):

A worker could think she is getting $1,227 a month when she retires, only to find out years later that she will receive nearly $800. For those who planned their retirement based on their Social Security statements, that unexpected reduction could have serious consequences. The whole point of Social Security statements is for workers to be able to plan, but for those subject to the WEP, these statements give wrong information.

Imagine if any “meddling” by lawmakers cost you a third of your Social Security benefit payments each month? Not good.

But examples like these were obviously given in 1983 to “sell” the passing of WEP legislation in the first place. So it seems like lawmakers tshought it was a good idea then.

That, or these politicians sold some retirees a “bill of goods.”

Still others claim, “Repealing these provisions would over-correct the system too far in the opposite direction, making it unfair to those who never worked in the public sector.”

There are even some people who claim costs involved would place a great deal of stress on an already weakening Social Security system.

Any way you slice it, sure seems like there is a bunch of confusion being created from all of this “meddling.” You might be better off to take matters into your own hands.

Make Your Retirement As “Meddle Proof” As Possible

Who knows for sure if Congress will meddle with your Social Security in a way that reduces benefit payments or helps you receive more.

Besides, it’s not the number of changes to legislation that matters. It’s the quality of those changes that makes a difference.

So, the best thing you can do while legislators make up their minds is make your retirement as “meddle-proof” as possible. Start by trying not to rely on Social Security to fund more than 40% of your retirement.

Then take action now by diversifying your portfolio with physical assets such as gold and silver, and add some much needed security to your plan.