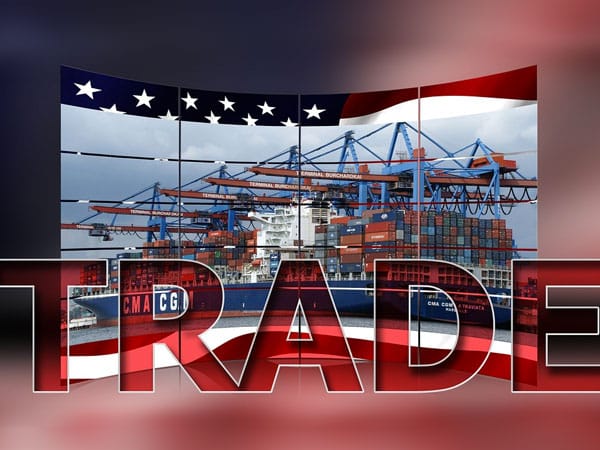 Donald Trump’s unconventional opinions on foreign policy were highlighted throughout his journey on the campaign trail. His stance regarding the United States’ foreign trade relationships, however, is particularly interesting to consider. Will his decisions have any side-effects we should be concerned about?

With a focus on reinforcing the United States’ independence and sovereignty in the global economy, Trump’s foreign trade plan says he’ll start taking action from his first day in the White House.

The 200-day plan is built around five main principles, plus an extra plank on manufacturing jobs. First is renegotiating or withdrawing from NAFTA, second is stopping the Trans-Pacific Partnership deal, third is stopping “unfair imports,” fourth is ending “unfair trade practices,” and fifth is pursuing bilateral trade deals. The final focus, to “retain and return manufacturing jobs,” focuses on lowering the business tax rate and eliminating regulations on businesses and restrictions on domestic energy.

Additionally, there’s little standing in Trump’s way to keep him from quickly hiking tariffs and withdrawing from NAFTA, both of which could have immediate effects on the U.S. economy.

Governments behind several major global economies are already taking offense to Trump’s trade plan, most notably China. Threats of what might happen if Trump fulfills his promise of launching a trade war with China are already echoing across the Pacific.

US president-elect Donald Trump would be a “naive” fool to launch an all-out trade war against China, a Communist party-controlled newspaper has claimed.

On Monday the state-run Global Times warned that such measures would be a grave mistake.

“If Trump wrecks Sino-US trade, a number of US industries will be impaired. Finally the new president will be condemned for his recklessness, ignorance and incompetence,” the newspaper said in an editorial.

The Global Times claimed any new tariffs would trigger immediate “countermeasures” and “tit-for-tat approach” from Beijing.

“A batch of Boeing orders will be replaced by Airbus. US auto and iPhone sales in China will suffer a setback, and US soybean and maize imports will be halted. China can also limit the number of Chinese students studying in the US.”

“Making things difficult for China politically will do him no good,” the newspaper warned.

You can decide for yourself whether those threats are empty or not, but they’re troubling nonetheless. If China makes good on them, it would be a painful blow to many U.S. businesses and workers.

One positive aspect of Trump’s plan is its potential to grow and protect U.S. jobs.

According to Trump, NAFTA is the “worst trade deal in history” and is to be blamed for a large loss of U.S. manufacturing jobs since its inception. As a result, renegotiating — or potentially withdrawing — from NAFTA will be one of his first orders of business.

Although there could be some fallout from his plans regarding NAFTA, reforming the United States’ role in the agreement (or withdrawing entirely) will immediately stimulate new job creation while simultaneously preventing companies from shipping jobs over the border.

What Can You Count On?

Trump delivered a lot of tough talk over the course of the election, but now Americans and the rest of the world are left wondering how much of that talk will turn into action, and it’s causing uncertainty in the market.

But, as any wise investor know, there’s an upside to uncertainty: it usually causes a major swell in gold prices. So if you’d like to protect your savings from the anxiety that Trump’s trade policies are causing in some circles, putting some money aside in gold might be a clever move.