Ron Paul: Forget About the Gold Standard, Let’s Talk About the Copper Standard 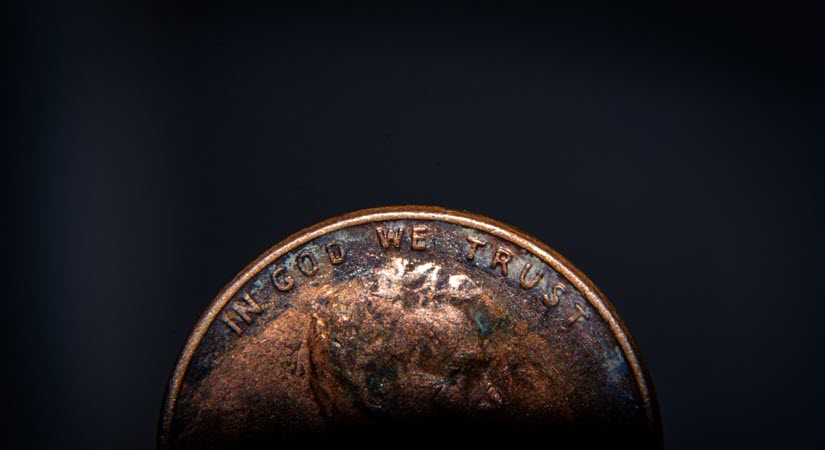 The first was the publication of the minority report fellow Gold Commission member Lewis Lehrman and I co-wrote as The Case for Gold. (I’m currently working with Birch Gold Group to release a new edition of this book in the near future.) Now, I understand that might not be as interesting to everyone as it was to sound-money advocates like myself.

I’m sure you remember the second interesting thing, though…

Several years ago, Walter Luhrman, a metallurgist in southern Ohio, discovered a copper deposit of tantalizing richness. North America’s largest copper mine – a vast open-pit complex in Arizona – usually has to process a ton of ore in order to produce ten pounds of pure copper; Luhrman’s mine, by contrast, yielded the same ten pounds from just thirty or forty pounds of ore.

The only problem was, Luhrman’s incredibly profitable copper mine wasn’t a hole in the ground. Instead of ore, Luhrman’s company Jackson Metals processed pennies. He’d figured out a way to melt them down and separate their 97.5% copper from their 2.5% zinc and sell the metal.

That’s when inflation weakened the U.S. dollar to the point that, and I swear I’m not making this up, the price of the penny’s copper content rose above 1¢.

Now, that’s what we call a crisis! Show me how any company can keep the doors open when their raw materials cost more than their product’s value.

But the U.S. Mint isn’t a company, of course. They’re a government agency. So they needed Congressional approval to change the composition of the penny so it wouldn’t cost more than it was worth.

When I heard their petition, I said, “Forget gold, we can’t even afford a copper standard anymore!”

It wasn’t supposed to be a joke, although some people thought it was funny.

So Congress passed legislation to keep the U.S. from digging itself deeper into debt by buying tons of copper to turn into pennies. We broke an American tradition almost 300 years old. Pennies minted after 1982 are 97.5% zinc, “gilded” with copper. They look similar to the older pennies, but they’re not.

It’s a good thing we acted when we did, because the problem just got worse. Right now, the melt value of those pennies is triple their face value.

So what happened here? Did the world suddenly suffer from a copper shortage?

Not at all. In fact, the world was suffering from an oversupply, a glut, of dollars.

The definition of inflation

Inflation is the rate at which the general level of prices rise.

This intuitively makes sense – we use “inflation” to indicate the idea of the same money getting you less value, whether it’s buying groceries or paying your dentist.

However, it’s not strictly accurate. Here’s a more specific definition, from Owen F. Humpage, economist emeritus of the Research Department of the Federal Reserve Bank of Cleveland:

Inflation is one of the most misused words in economics. As economist Michael Bryan carefully explained a few years back, the word originally described currency and money, not prices. It referred to a rise in the amount of paper currency in circulation relative to the precious metal (or money) that backed it. Later, the term referred to the amount of money in circulation relative to the amount actually needed for trade. Today, however, people typically use the word to refer to a rise in some set of prices or even in a single price, with no necessary connection to money at all… The unfortunate outcome of this evolution is that the public no longer distinguishes between two very different types of price pressure.

And the easiest way to see the effects of inflation is to look at the prices of commodities, which are a kind of physical assets that have intrinsic value. “Intrinsic” means their value or usefulness is the thing itself, not what it represents.

The free market allows goods and services to be sold to the highest bidder. When there’s too much money in circulation, well, that gives all the bidders more power to pay higher prices.

The end result is the same. Your bills go up, your money buys less. That’s how even people with lots of money can be poor – it doesn’t matter how much money you have, the only thing that matters is what your money can buy.

Inflation is the reduction of your money’s purchasing power. Inflation is totally separate from price fluctuations. Here in Texas, in November, all the pecan trees are heavy with nuts. You can buy a one-pound bag of shelled pecans for a dollar. A few months later, out of season, if you want pecans at the grocery store they’ll run you anywhere from $9-$14 a pound!

This is not inflation – it’s just seasonal fluctuations in supply. (Incidentally, it’s also why we eat pecan pie after our Thanksgiving turkey.)

So, when you’re thinking about a commodity like pecans, more supply means lower prices. Too many pecans all at once means your pound of pecans is worth less money.

And when you’re talking about money itself, more supply means higher prices. Too much money all at once means every dollar buys less.

Will there ever be an adjustment in the money supply? Well, over the last 20 years, our government has spent more money than it collected every year.

The U.S. government isn’t the first to follow this path of wealth destruction, either.

Here’s a universal and timeless truth:

Why? I’m going to quote from Ray Dalio’s book Principles for Dealing with the Changing World Order to offer another perspective on this:

In other words, it’s easier to print money than it is to solve economic problems.

Combine that with a government that has all the budgeting discipline of a shopaholic at a going-out-of-business sale, and what do you get?

Well, you get over $31 trillion in debt.

Once that debt burden gets unmanageable, what happens next? Well, central banks still have their money-printers – and if those are already running 24/7 and still not making enough, well, they can always hire money-printing presses in other nations, like Argentina did in 2020.

Let me reiterate: creating more currency doesn’t create more wealth. It’s so counterproductive, and yet it’s what nations have done over and over:

Inevitably, what happens is a hyperinflationary spiral that leads to a complete collapse of the currency. This happens regularly in history. Dalio tells us:

Of the roughly 750 currencies that have existed since 1700, only about 20 percent remain, and all of them have been devalued.

It’s not just the U.S. This is a phenomenon that is occurring everywhere simply because every nation on earth has a central bank empowered to print more currency.

For those of us who are concerned about long-term risks to our own prosperity, who worry about our family’s financial future? Well, there’s one form of wealth that hasn’t been destroyed or devalued over the last 300 years.

Gold is the timeless and universal alternative currency.

Because (like all commodities), gold and silver’s intrinsic value is irrelevant to money-printing, inflation tends to push their price up. That’s the main thing that has made gold a “hedge” or a shield against inflation for centuries.

Gold can’t be printed. It can’t be devalued. It can’t be hacked. Gold and silver are just about the only things you can buy today that will still be worth something 25 years from now. If you’re planning for the future, I strongly recommend you take into account your purchasing power.

One of the best ways to do that without taking a single dollar out of your pocket is to get in touch with Birch Gold Group. Start by requesting their free information packet to learn more about how you can move savings you’ve already set aside for your retirement into a special precious metals IRA, where you can own real, physical gold and silver.

Remember, it’s not how many dollars you have that matters – it’s what you can do with them.