Home » Blog » How Coronavirus Is Forcing Americans Into Early Retirement

How Coronavirus Is Forcing Americans Into Early Retirement 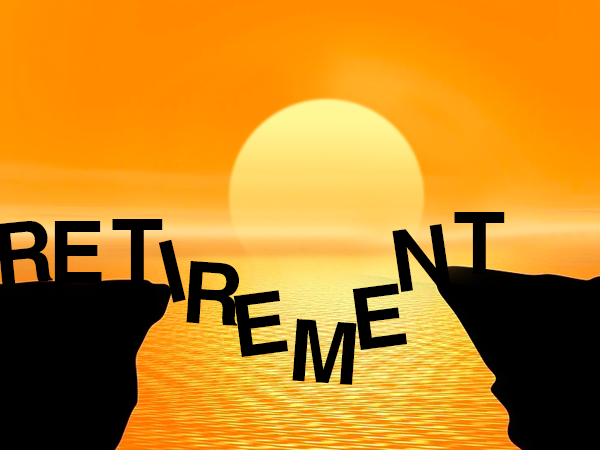 It goes without saying, the economy has been severely damaged as a result of various “stay-at-home” orders in response to COVID-19 (coronavirus).

One of the emerging ripple effects is that more Americans close to retirement are now considering whether or not to retire early.

In fact, due to prolonged business shutdowns, some may feel as though the decision is being made for them.

According to Forbes, even before COVID-19, “More than half of workers will be forced out of the workforce earlier than expected and for reasons out of their control.”

In light of current economic circumstances, “Will I be forced into early retirement?” may be a good question to ponder.

The Forbes article also noted that, with more than 22 million people filing for unemployment in just the last few weeks, we may see a large portion of those folks leave the workforce for good.

Once someone gets to retirement age, the desire to work longer to maintain income and lifestyle seems to dwindle a bit, according to the Forbes piece:

Only 23% of retirees said they would rather work longer when asked to choose between retiring at age 55, with money just for basic expenses, or working to 75 and having an extravagant lifestyle.

But even if a retirement saver doesn’t want to work longer, they may not enjoy a forced retirement if they aren’t prepared for it.

A study from Allianz found, “Six in 10 non-retirees said running out of money before they die is one of their biggest worries.” This is an even bigger worry in the aftermath of coronavirus.

Most Americans are Still Unprepared to “Make the Leap”

“When retirement starts” is a big concern for most people, according to the Allianz report. In fact, it may impact a retirement saver’s income during retirement, leaving them unprepared for what happens next:

Lack of clarity about when retirement may start and how time will be spent could have a significant effect on retirement income and whether or not retirees’ money will last as long as they do. This is a concern shared by both pre- and near-retirees as more than half (55%) of non-retirees said they are worried they won’t have enough saved for retirement.

In other words, more than half of people who are approaching retirement are not actually prepared to make the leap, even if a situation arose where they would be forced into making that decision.

More disturbing, two-thirds of the study respondents were not saving enough for retirement, while almost 9 out of 10 didn’t have a financial plan:

“When asked about the top financial choices they are making or planning to make, less than a third (32%) said saving enough in a retirement account, 12% said setting long-term financial goals and only 6% said making a formal financial plan[…]”

Finally, since the coronavirus has taken hold, equity investments have become an increasingly risky choice. Kelly O’Donnell from Edelman Financial offered a suggestion in a piece on CNBC, focusing on the long-term and diversification:

What investors need to do is make sure their actual allocations match their long-term goals, she said. “A long-term diversified portfolio has proven to be a great form of retirement savings for most Americans.”

Certainly, times have changed and there is much to consider, especially if an accelerated retirement is in your future.

Consider Planning “As If”

No matter what you decide, once this virus and the resulting government response passes, you will be closer to retirement age. So here is something to think about…

Financial advisors often suggest reducing risk by reducing your allocation to equities as you near retirement.

So even if you don’t think you’re too close to retirement right now, you might want to play it safe and start planning as if you will be forced into it sooner than you had imagined.

That can include taking a moment to consider diversifying at least some of your savings out of equities and into assets such as precious metals.