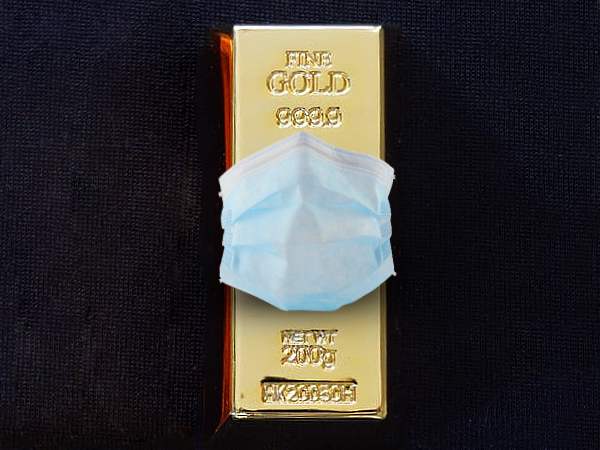 This week, Your News to Know rounds up the latest top stories involving gold and the overall economy. Stories include: Gold soars on the threat of a possible pandemic, the yellow metal is the place you want to be in right now, and gold and silver are looking like 2020’s top bets.

There appears to be more price action left to squeeze in the gold market, as the latest crisis has once again sent the metal soaring. Earlier in the month, gold shot up to $1,600 for the first time in seven years over the threat of a possible military conflict with Iran.

Now, the metal leapfrogged last year’s high of $1,553 and has risen to $1,582 as of this writing, as the Centers for Disease Control and Prevention (CDC) confirmed multiple cases of the coronavirus in the U.S.. The flu-like pandemic appears to have originated in China and has since spread across Asia, killing dozens of people and infecting several thousand worldwide.

With China in lockdown during its busiest month of the year and dozens of patients being screened by the CDC in the U.S., it’s unclear how much more gold may rise.

Eyes will also be on the upcoming Federal Reserve meeting scheduled for this Tuesday and Wednesday, which could provide signs of further monetary easing that has already had a strong positive impact on stock prices. Along with the 10-year Treasury posting its weakest showing in the last two weeks, gold continues to receive support from the official sector, having most recently been buoyed by the European Central Bank’s decision to keep rates in negative territory.

Strategist: Gold is where you want to be in a liquidity-driven market

In a recent interview with Bloomberg, David Rosenberg, chief economist and strategist at Rosenberg Research and Associates, shared his view on why gold is one of the best investments to hold onto in the current climate.

As Rosenberg pointed out, the metal has been excelling as a hedge, not just against government bonds but also the soaring stock market. Now on its longest bull stretch in history, Rosenberg, like many other analysts, wonders how much equities have left in the tank and notices the need of investors to protect themselves.

Yet more than just a train that’s blowing too much steam, Rosenberg believes that the U.S. stock market rests on weak foundations. The strategist is dismissive of the occasional optimistic signal, such as the U.S. and China entering the first phase of a trade deal, and expects the economic slowdown to proceed as expected.

Rosenberg added that sentiment is still largely ruling the U.S. equity market, echoing his December interview where he urged investors to focus on a hard asset-oriented portfolio over the next couple of years.

When it comes to profitable investment, MoneyWeek’s Dominic Frisby thinks things are often as simple as finding a bull market and sticking to it. Frisby recalls an earlier encounter with a colleague who commented on how straightforward investment was going to be in 2020 due to how well of a spot gold and silver are in.

And indeed, as Frisby points out, precious metals currently pass all of the bullish markers regardless of how stringently one applies them. Depending on your view, you could peg either 2015, 2016 or 2018 as the start of gold’s bull market due to persistently higher lows. In gold’s case, the 144-day simple moving average (144DMA) also served as an accurate gauge of the metal’s coming price action leading up to 2011, when the two seemingly lost their correlation.

Lately, however, the 144DMA appears to have returned to relevance in the gold market. The measure has been moving up together with gold’s price for the past 18 months and, by all accounts, seems to indicate a prolonged period of higher prices ahead.

Pointing out that gold has already passed all-time highs in a number of other currencies, Frisby uses the prediction of Ross Norman, the London Bullion Market Association’s most accurate forecaster over the last 22 years. Norman believes that 2019 may have been a turning point where global central banks get locked into indefinite quantitative easing. According to Norman, gold will average $1,755 this year and pass an all-time high of $2,080, while silver will post an average of $19.25 with a high of $23.