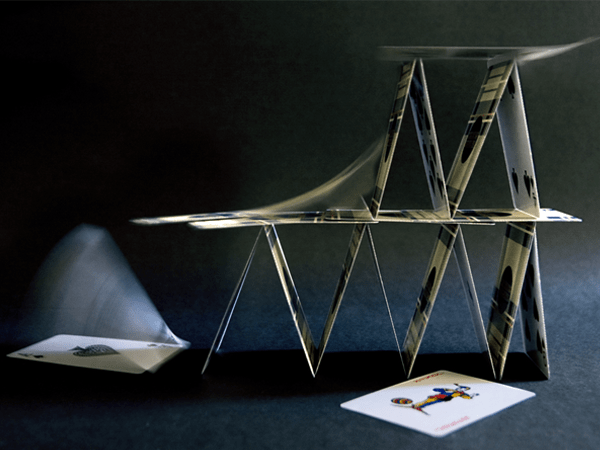 Photo by Indenture | CC BY

“Too Big to Fail” corporations searching for an opportunity to refinance high-risk debt have been given a gift. But this gift comes with risks.

Fed Chairman Powell decided back in January to pause any rate hikes after evaluating multiple risk factors, according to USA Today:

In an interview with the CBS news program “60 Minutes,” Powell said that the Fed decided to pause its rate hikes in January, after increasing rates four times in 2018, because the global economy was slowing and other risks to the U.S. economy were rising.

Over at ZeroHedge this debt refinancing situation is outlined (emphasis ours):

The Fed’s decision to ‘pause’ interest rate hikes comes as nearly one-third of the entire $1.2 trillion US high-yield market is slated for maturity over the next four years. That’s a record proportion, according to a team of strategists at Barclays led by Bradley Rogoff, and compares with a post-2000 average of just 20%. 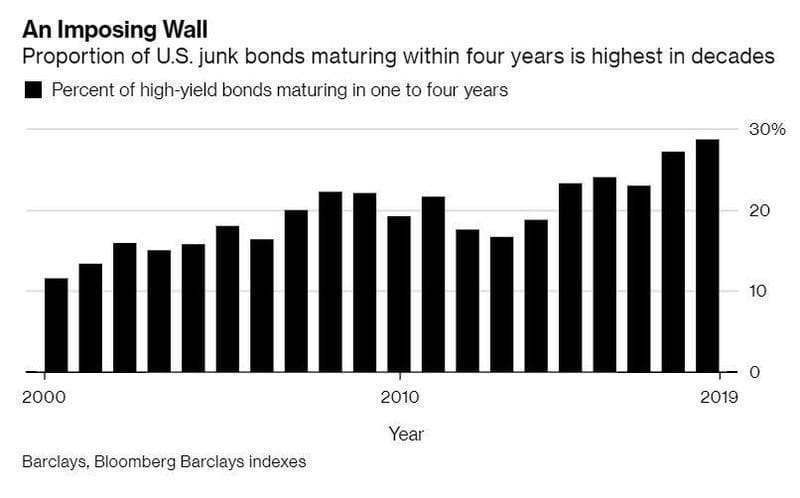 And if high-risk debt alone doesn’t pose major risks, by putting pressure on the Fed to lower rates, POTUS “has effectively given corporations a green light to continue on their debt binge by effectively putting off their day of reckoning,” according to the same ZeroHedge piece. Delaying the inevitable is never good.

Everything is “Fine” Until the Corporate Debt Party Ends

In 2016, China’s debt market difficulties triggered a dip in the markets. Last year a major drop in the Dow Jones was likely triggered by a historic corporate debt-buying freeze.

Both of those, along with the Great Recession of 2008, appear to coincide with three major dips in Barclays High Yield Bond ETF (see arrows in chart below):

Of course this could be a three-time coincidence, but these dips also coincide with times that high-risk debt was being sold on the market.

That’s a lot of coincidences to simply write off. In any case, this corporate debt will have to be repaid at some point.

In addition, because rates are still relatively low the risk of interest rates rising increases when junk bond prices crash, according to an official SEC report on corporate bonds:

This makes it particularly important for investors to consider interest rate risk when they purchase bonds in a low-interest rate environment.

There’s no telling if the corporate debt party will be ending soon. But if a good portion of the market growth since the recession has been propped up by this high-risk debt, that’s like propping up a 50lb weight with a foundation of playing cards.

And it’s all bound to come crashing down sooner or later.

Granted, this recent round of junk bond issuance to lock in low rates appears to be appropriated for refinancing rather than stock buybacks. We just have to hope there isn’t some coincidental corporate “sleight of hand” being used to prop up profit and loss statements like we’ve seen before.

Some market optimists like Goldman Sachs claim it’s “different this time,” citing better business fundamentals. But Tesla, Netflix, and other over-capitalized corporations that are burning cash by the truckload seem to show that it won’t be much different.

So don’t fall for their optimism. Start protecting your savings before this house of cards collapse with assets like precious metals that are known to do well in uncertain markets. When corporations start filing bankruptcy or asking for taxpayer-funded bailouts, it will already be too late.