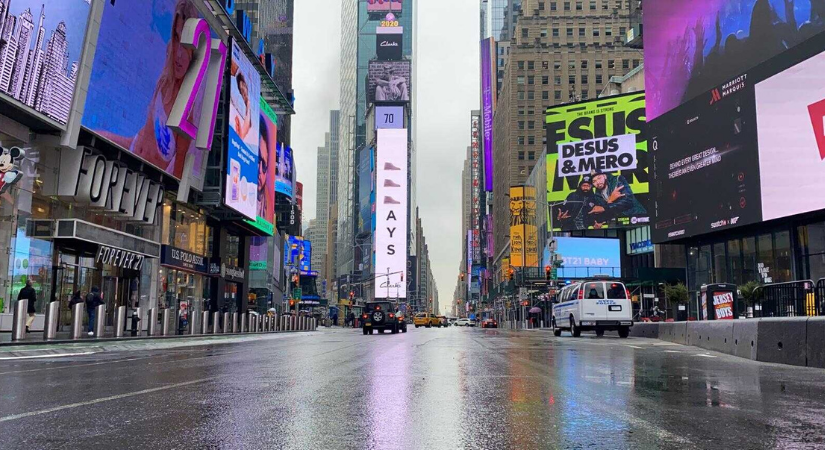 You might think that something good has to come out of 2020.

Especially after hearing about a Great Reset, lockdown governors begging for handouts, and the Federal Reserve printing even more “funny money.”

After the initial round of economic stimulus via the CARES Act, another round of needed relief for Americans has finally passed, according to CNBC:

After months of prolonged negotiations, with a government shutdown looming, Congress has settled on a $900 billion coronavirus relief deal that includes $600 direct payments for individuals and extends the lapsed $300 enhanced unemployment insurance payments for an additional 11 weeks.

In the “COVID economy” created by state-government-mandated lockdowns, a mere $600 isn’t likely to go very far for many Americans. Even worse, business owners who’ve been most hurt by the lockdowns don’t seem to be getting much (if any) help.

In fact, according to Chef Andrew Gruel in an interview with The Federalist, lockdowns are a form of class warfare that harm the small business economy:

What’s happening right now is really a class warfare whereby your big business, your campaign donors, your elites are operating in one bubble and then you have all the small business retailers that are being told that they have to shut down.

It’s fairly obvious that if political leaders shut down both a small business and a big business, the bigger business has a better chance at surviving.

We’re seeing this play out in real time right now. But it’s important to remember that big businesses that appear to be barely staying afloat could actually be slowly sinking along with the economy…

Small businesses are taking a big hit thanks to pandemic lockdowns, but it looks as though even the big retailers on Fifth Avenue are also suffering from a quiet Christmas, according to a Newsmax piece:

Fifth Avenue, usually crammed with eager shoppers during the holidays, is eerily quiet. Broadway theaters remain dark, and daily visitor traffic in nearby Times Square is down 70% from last December, according to the Times Square Alliance.

It doesn’t appear it will pick up any time soon, either, thanks to Mayor Bill de Blasio who warned, “Prepare for a second shutdown of all but essential businesses soon after Christmas to slow a resurgence of the virus.”

The same Newsmax story reveals the hardship for retailers when it comes to paying for basics like mortgages, with a 14.6% delinquency rate on their loans in November. Based on the foot traffic, that rate will likely increase when December’s numbers come in.

And it looks even worse when you examine the increasing levels of poverty being created at the heart of this crisis.

With people out of work, and more people filing unemployment than ever before, it was only a matter of time before poverty levels skyrocketed.

That time seems to have arrived rather abruptly:

The same story reveals some rather sobering statistics that illustrate a part of the economic carnage that $600 isn’t likely to help relieve for long:

Perhaps waiting for the government to send help during a crisis like this, even one created by politicians in the face of a pandemic, isn’t really helping that much. But it’s even worse than you think.

As economist Don Boudreaux recently pointed out, giving people money they can’t spend will not help the economy. Between mandatory lockdowns that prevent productivity and “government- and media-stirred popular derangement” over COVID, most Americans are just as paralyzed as the American economy. What’s the federal government’s reaction? Create another $900 billion (the second-biggest stimulus in U.S. history!) out of thin air.

And if that doesn’t do the trick? Well, just print more greenbacks (you might’ve guessed, Biden already has this on his agenda).

Maybe all our politicians should enroll in Economics 101:

Increasing the money supply faster than the growth in real output will cause inflation. The reason is that there is more money chasing the same number of goods.

With an economy hamstrung by lockdowns and paranoia, small businesses failing left and right, even big businesses feeling the squeeze, and all this funny money sloshing around, how can we expect anything but astronomical inflation?

It might be a good idea to think about ways you can brace yourself for 2021.

“Crisis-Proof” Your Retirement Savings While You Still Can

No matter how you look at it, this economic crisis is far from over. The ripple effects will continue, and it’s safe to assume it will result in plenty of uncertainty in the markets.

You don’t have to let this crisis crush your retirement like so many suffered in our last recession. You can take action now to protect your savings.

It could be a good time to add physical assets like gold or silver. They can “crisis proof” the value of your retirement, and have been used worldwide to preserve wealth for thousands of years.