Jim Cramer: Gold and Crypto Should Play Different Roles in Your Savings 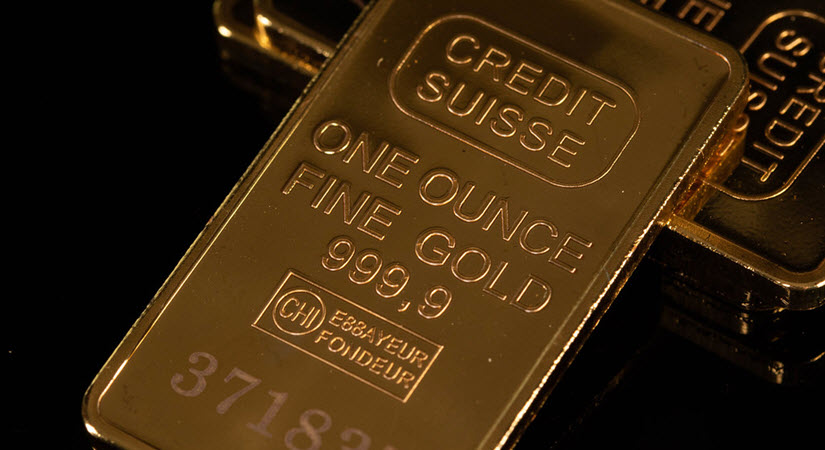 From Birch Gold Group
This week, Your News to Know rounds up the latest top stories involving gold and the overall economy. Stories include: Cramer likes both gold and crypto, $10,000 gold is both a real and troubling prospect, and detectorist from Denmark finds large Iron Age gold hoard.

Jim Cramer thinks gold and crypto complement each other

CNBC host Jim Cramer chimed in on the debate that has sprung as of late, one that pits gold against bitcoin (or compares the two) as safe-haven, store-of-value assets. Cramer said that he owns gold, bitcoin and ethereum and is very optimistic regarding their value. However, he has his own suggestions for how investors should approach these assets.

Cramer advises us to approach gold and cryptocurrencies not unlike one might approach a standard 60/40 portfolio. In this model, stocks are supposed to carry the greatest risk along with the possibility of significant gains. Bonds have much lower risk and, consequently, much less upside. But the last few years have drastically threatened the traditional 60/40 stock bond model, or even done away with it altogether. Many investors are looking towards precious metals as an alternative safe haven now that bonds have negative after-inflation yields.

In Cramer’s model, he replaces stocks with cryptocurrencies in a diversified portfolio. While the host didn’t directly advise investors to do this, he said that cryptocurrencies should be viewed as a gain-chasing asset and not a store of value. He furthermore suggested that gold take the opposite side of the equation, as the stable, low-volatility portion of the portfolio:

I regard gold as an insurance policy against long-term inflation; it’s boring, but absolutely essential.

While there have been plenty of arguments for bitcoin as an inflation-resistant store of wealth and long-term growth potential, Cramer thinks the crypto market’s volatility is still too intense to completely replace stocks. Although the host lauded the investment prospects that crypto brings to the table, he said that the investment is likely to remain a speculative one considering how much money routinely gets wiped out from the market.

In contrast, the money one invests in gold will still be there a day, a month or a year from now. Maybe even a whole lot more…

The end of the U.S. empire: credit collapse, dollar devaluation and $10,000 gold

The U.S. has been called a superpower, an empire, a hegemony and many other things. While we are a century away from the sunset of the world’s last official empire, the United Kingdom, parallels between the Pax Britannica and today’s U.S.-dominated world continue to fascinate.

And now, for the first time in decades, we are seeing this argument being upset.

Dan Oliver, founder of Myrmikan Capital, delved into the elements of empire. Further, he explained why the U.S. faces some serious geopolitical and economic risks. Unsurprisingly, the lack of any backing of the U.S. dollar is the center issue:

What backs the dollar? The Fed’s assets do, and if you look at the Fed’s assets, what do they own? They own a bunch of Treasury bonds. They own the debt of an insolvent Congress. If and when, I think when, the U.S. power starts to devolve, starts to fall apart, the market will say “What is behind that dollar?” and the answer is very little.

That’s not exactly a stretch. Worse, the U.S. dollar finds itself in this situation when China seems to be trying to roll out some sort of yuan backed by gold, which it might very well own most of.

Maybe gold reaching those levels sounds absurd? As a reminder, Oliver takes us back to 1980, when gold hit what was then a massive high of $843/oz. It happened due to an informal return to the gold standard, when the Fed had to back the liabilities on its balance sheet with gold with a 1:1 ratio. Adjusted for inflation, that 1980 price is the equivalent of a gold price of $2,964 in August 2021 dollars.

What would really drive gold up to the next level, the $3,000 level, would be a panic…and then the Fed shows up and says “Hey, $120 trillion, make it $500 trillion,” or a billion a month, whatever the next QE is or some other novel policy they didn’t even announce.

According to a press release from the Vejlemuseerne in Denmark, a novice metal detectorist who had recently picked up the pastime found one of the country’s most notable gold hoards. The museum said that the find weighs almost one kilogram (32 troy oz.) and was buried 1,500 years ago.

The museum’s head of research was taken aback by the find, while the press release describes it as “one of the largest, richest and most beautiful gold treasures in Danish history so far.” After the detectorist came upon the initial find, archeologists flocked to the area to uncover a massive trove with plenty of peculiarities. 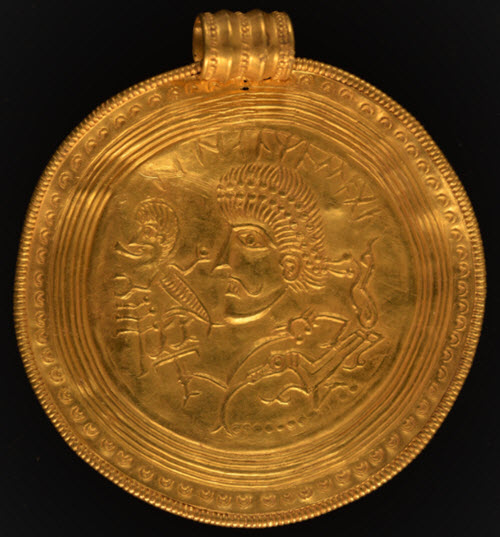 A saucer-sized medallion featuring a bird, a horse and a human face (likely Odin). Norse runes read “The high one,” referring either to Odin or possibly the owner of the medallion. Source: Conservation Center Vejle

Among these were massive medallions that exceed anything of familiar mintage, and Roman coins that were repurposed into jewelry. The museum also said that a large gold coin minted during Constantine’s reign, between 324 and 337 AD, offers clues about different civilizations’ movements during the period. Although we may think of them as benighted or backward, in fact capital was just as mobile (if slower) during the Iron Age as today. The Roman coins could’ve come from raids into Southern Europe, or wages paid to Danish mercenaries serving in Roman armies.

The hoard’s purpose, as is often the case, is unclear. However, the museum suggests that the location was home to a wealthy and influential chieftain who’d owned the gold, and deliberately concealed it. The period saw a catastrophic weather event caused by a huge volcano in Iceland, leading to years of famine. “It was a very chaotic period in some ways,” said Mads Ravn, head of research at Vejlemuseerne.

Hopefully, the economic crisis the chieftain feared didn’t come to pass during his lifetime. Perhaps he was merely following the 500 A.D. version of the Wall Street saying, “Put 10% of your portfolio in gold and hope it doesn’t go up.”

Probably the Iron Age version of this advice went something like this:

Hide 10% of your wealth in gold and hope you don’t have to dig it up.