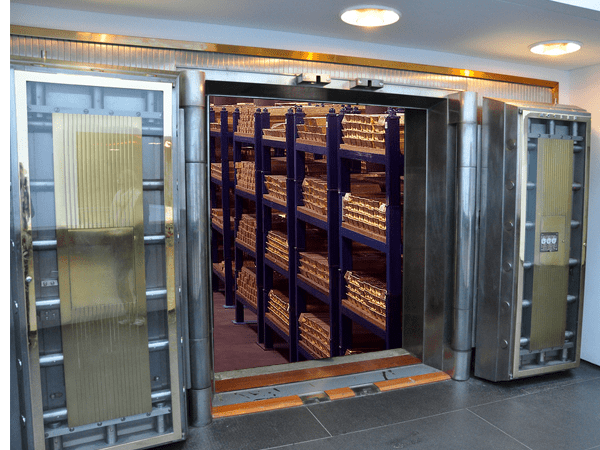 This week, Your News to Know brings you the latest stories involving gold and the overall economy. Stories include: Gold is the best safe asset and will go higher in 18 months, gold demand is growing while supply dwindles, and Turkish central bank is behind the gold surge.

Crossborder Capital: Gold is the best safe asset and will go higher in 18 months

In a recent interview with Kitco, Crossborder Capital’s managing director Michael Howell said that gold has a lot of long-term potential because the valuations of both the U.S. dollar and bonds are too high.

“The price of safe assets is wrong. We think the U.S. dollar and Treasuries are overvalued. Yields have to go up,” said Howell. “This is a good long-term environment for gold.”

Howell spoke about the Federal Reserve’s need to inflate bond yields due to weakening demand. Although Fed Chair Jerome Powell’s tone suggested four rate hikes this year, Howell believes this will end up boosting gold as hikes stretch bonds further. Considering their skewed fundamental picture, Howell says that a reversal of the currently-rising yields is unavoidable.

The executive also expects we will see further weakness in the dollar, brought on primarily by competition in the global markets. With both the Chinese yuan and the euro vying to take over some of the dollar’s status abroad, Crossborder Capital says the greenback is waiting to test new lows.

Because of these two factors, the firm feels that higher gold prices within 18 months are a guarantee. With a repricing of both the dollar and yields upcoming, Howell says that gold will emerge as the best safe asset, and his firm has advised clients to load up on the metal during weakness.

Gold’s short-term picture is a reasonably promising one. Many analysts forecast a price of $1,400 or higher by year’s end and insist that drops are mere momentary blips in a firm upwards trajectory.

Yet Sharps Pixley contributor Lawrie Williams says that the real source of optimism for gold investors comes from the medium and long term. The source behind this is a bullish fundamental picture which increasingly favors demand over supply.

Asian gold purchases, which are seen as a cornerstone of gold demand, are set to reach new heights as the spending power in both China and India increases. The two nations number a population of 1.3 billion each and boast an expanding middle class of gold-favoring consumers.

The increase in wealth of Chinese citizens has been a talking point for many, and major consultancy McKinsey predicts that 76% of the Chinese urban population will have moved to the middle class bracket by 2022.

Williams notes that the Chinese view gold different than the West does. In China, even lower-middle class citizens are quick to buy gold as soon as opportunity permits them to, and will hold onto it regardless of short-term price movements.

India, which is also seeing an increase in consumption, holds the yellow metal in a similar regard. Williams says that buying and storing gold is part of the Indian psyche, which is why India’s gold demand could surpass China’s in the next few years. This is exemplified by the Indian government’s inability to curb imports, with over 900 tons of bullion being brought into the country in 2017 even after tighter regulations.

The flow of gold from the West to the East is well-documented, with Swiss export statistics as perhaps the most important indicator. Switzerland annually processes a volume equal to two-thirds of newly-mined gold, and 80% of this is shipped to Asia and the Middle East. Williams expects this to eventually create a shortage of bullion in the West, along with an explosion of prices.

Overall, the global supply of gold continues to dwindle, and the 3,200 tons of ore mined every year suggest we may have already reached peak gold. The post-2012 drop in gold price saw many miners forced to cut back on projects and exploration, two ventures which are difficult to re-start.

The selloff after 2012 saw funds act as a major source of gold supply, yet this source has dried up. With the same funds now acting as buyers instead of sellers, the supply picture could find itself under even more pressure.

Williams also notes that many experts are predicting a collapse of both the bitcoin and equities market. This, along with global geopolitical and geo-economic flare-ups, could push gold prices even higher than the fundamental picture suggests, giving investors plenty to look forward to over the next few years.

Turkish central bank is behind the gold surge

In a bid to replace foreign currency with gold in its overall reserves, Turkey’s central bank continues to import vast quantities of bullion says Ahval News.

Although central bank officials have remained silent, the Turkish Dünya newspaper reports that the inflow is due to President Recep Tayyip Erdoğan’s request to increase Turkey’s physical gold holdings.

The imports also involve repatriating Turkey’s gold reserves which were previously held in London, New York and other financial hubs by bringing them back into the country.

Recent government figures show that, in January alone, Turkey brought in around $2.3 billion of gold out of the nation’s $21.5 billion imports for the month.