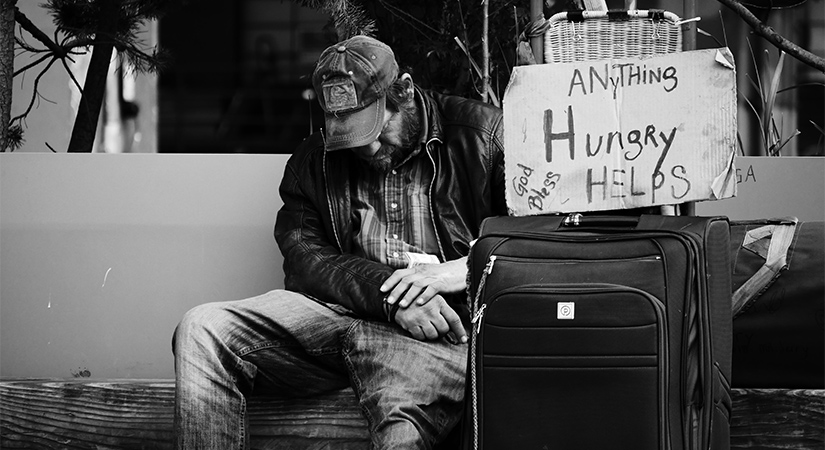 Right on the heels of a major market correction in late 2018, and the “pandemic year” crisis in late February 2020, comes the current U.S. economic situation.

In fact, this crisis could end up being recorded in history books thanks mainly to historic inflation and trillions of retirement dollars evaporating from the markets in just 6 months.

But if the “tax no one voted for” weren’t enough for Americans saving their hard-earned dollars for retirement, another reality of the current crisis is beginning to reveal itself…

It’s bad enough when people are having their budgets stretched thin by historic inflation. Americans are now spending an additional $250 every month or $3,000 per year for the same goods and services they bought last year. Now, that may not sound like much, depending on your family’s situation. In my mind, that $3,000 per year represents lost opportunities. Not just for saving and investing, either – that’s money they can’t use to pay down existing debts.

What happens when budgets are stretched too far? People often resort to credit cards and loans just to maintain the standard of living they’ve grown accustomed to. “This will get better soon,” they tell themselves, swiping a 22% APR Visa to pay for groceries. “Inflation is transitory, right? I’ll pay this off next month.”

It’s very easy to start kicking your own personal debt repayment plan down the road, month after month (like Congress does with the national debt). That’s just not a sustainable solution…

In the last two years alone, consumer debt has surged past its previous, pre-pandemic peak to over $900 billion.

On the chart below, you can see consumer debt plummet during the height of the pandemic panic (prudent people used their stimulus checks to pay off debt), then slowly reverse and begin to climb again.

But that’s only one part of the challenge facing us these days.

Those who enjoy annual incomes over $150,000 can generally afford to pay off their debts. The problem is, they only represent about 13% of all American adults.

Meanwhile, everyone (affluent or otherwise) are saving less than at any time since the 2008 financial crisis. Right now, today, on average we’re saving only 3.5% of our incomes!

Increasing debt and plummeting savings have a predictable result: an increase in credit delinquencies and defaults in the near future.

In fact, according to Dave Kranzler, who compared the credit and savings situation this year with past economic crises, the outlook isn’t pretty:

The same pattern occurred in 1998/1999 right before the tech bubble collapsed, but it’s not as pronounced because the money supply and outstanding household debt was diminutive relative to the post-tech stock crash period, when Greenspan juiced the money supply and encouraged all flavors of consumer borrowing.

Of course, over the next several months, escalating consumer debt losses will not be unique to Goldman. For point of reference, the overall credit card delinquency rate hit 2.7% in Q1 2020. At the peak in the financial crisis years, the delinquency/charge-off rate, according to Fed statistics, hit a peak of 6.77% outstanding balances in Q2 2009. I believe there’s a good chance it will be much worse this time around. [emphasis added]

For now, the delinquency rate is still just below 2%, but has been steadily rising since March of last year.

Kranzler finished his biting analysis by adding that the next crisis “will not be confined to credit cards.” His prediction rested on an increasing amount of bad debt charge-offs in automotive sales at Carmax. It’s not just one chain of car dealerships struggling, though. At the end of the first quarter of the year, total charge-offs for auto loans at U.S. banks totaled $1.198 billion.

We’ve seen credit crises develop before. We don’t know how this one will end, but we do know with absolute certainty that both inflation (and the Fed’s efforts to control it) are making everything worse…

You might be asking yourself: “How does inflation affect credit card debt?”

Virtually all credit cards charge a variable interest rate (usually described as “prime plus x%” in the fine print). Just like the infamous adjustable-rate mortgages that wrought so much havoc during the mid-2000s housing bubble. That means, when interest rates go up, credit card companies charge more:

“Americans are borrowing more, but a big part of the increased borrowing is attributable to higher prices,” wrote researchers for the New York Fed.

In an effort to bring down prices, the Federal Reserve has raised its target interest rate four times in 2022 for a total increase of 2.25%, with more rate hikes potentially on the way. Credit card issuers typically pass on these higher interest rates to their cardholders by raising the annual percentage rates (APRs) on their credit cards. APR hikes translate to additional interest costs on any balances you carry month to month. As such, the 2.25% rise in interest rates this year means an additional $22.50 in interest for every $1,000 in credit card debt.

The Fed’s efforts to date have created the inflation situation.

And their attempts to clean up the mess they’ve made has ripple effects, just one of which is higher credit card interest rates. That increases the pressure on middle-class families who are already struggling.

Hopefully, you aren’t caught in this trap. If not, if you’ve been prudent and responsible with your family’s savings, you might even wonder why it’s worth the time to read about this subject.

Here’s why: when the financial struggles of everyday Americans become untenable, they default on their loans. Those defaults cascade through the economy, just like in 2008 – we can hope that it won’t be as economically disruptive as 2008, but as I’ve said many times, hope isn’t a plan.

Now is the time for preserving and protecting your savings

If you’re wondering where to tuck away your savings during 40-year-high inflation to protect your money, the good news is, you still have options. We’ve assembled a comparison of inflation-resistant investments for your consideration.

One of those options: diversify your savings with physical precious metals like gold and silver. The mild downturn in gold price this year could be a great entry point for first-time gold buyers:

Hang in there: Gold will have its day, either the cost-push inflation will morph into demand-pull inflation, or the monetary system will break down under relentless pressure for dollar-denominated collateral. Bad for the economy and markets generally… but good for gold…

Now is the time, then, to buy gold — at a low entry point.

If you’re worried about the economy, and financial markets look as bad to you as they do to me, take a few minutes to learn how diversifying your savings with physical precious metals like gold and silver can help stabilize your financial foundation, today and in the future.